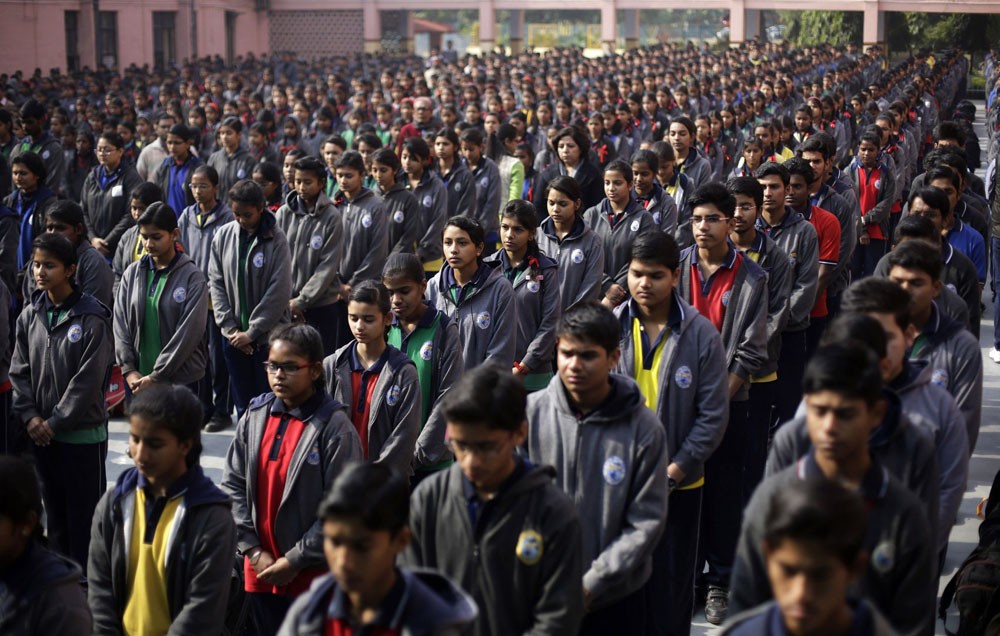 Our attempts to understand, debate, and improve the education system continue to rely on categories of analysis which have origins elsewhere. The power differential between the global north and south constitutes the research methodologies and categories of analysis used in the north as general enough to talk about the social realities in the south.

Such innocuous terms such as standards, standards-based reforms, child-centred learning, systemic reforms are grounded in particular local discourses of the global north. The meanings they assume in our context may diverge from the ones they were originally assigned.

It may do us some good to be more mindful of the language we use and not be mindlessly tossed around by words that reach our shores.

Let us take the idea of education reforms. It would be useful to see how the term ‘reform’ was used in other societies. It may help us see the way in which the language of education reforms created in a different context affects our ability to understand and resolve the problems rooted in our context.

Education reforms have assumed many different names in Pakistan. Let us consider standards-based reforms to illustrate the point I am trying to make.

We keep talking about the need for standards-based education reforms in Pakistan. This term standards entered education reform talk in Pakistan in the mid-2000s. However, it has been around in the US and the OECD countries since the mid-1980s. It originated in the wake of a report on the state of education in the US commissioned in 1983. The commission gave its report a rather provocative title of A Nation At Risk (ANAR).

ANAR was the first anywhere in the world to call for the use of rigorous standards in education.

Today, many in the field of education think that standards are indispensable to education. But before the 1980s, the states have successfully, if not perfectly, universalised education and run common schools without the use of standards.

In fact, standards are part of a larger package of reforms usually referred to by education scholars as the Global Managerial Education Reforms (GMERs). These reforms use standards, together with a potpourri of the market and managerialist policy solutions together with such ideas as the choice, competition, incentives, and accountability.

Now let us look at the motives for education reforms. The current trend has been to measure the success of each and every reform initiative by looking at the learning gains. But it has not always been so in the so-called developed societies.

The early reforms that involved setting up of a functional and effective system of universal schooling did not employ these terms. It may be said that the reforms language of GMER is part of reforms that allegedly aim at dismantling the well-established public education systems.

Regardless of the political aims of the GMER, the predominant meaning assigned to the word standards in the education discourse within the OECD countries was measurable statements about what children must know and be able to do. Accordingly, standards-based reforms aimed at defining curriculum standards and ensuring that instruction and assessment were aligned with them and with each other.

However, in most conversations that I have had about ‘standards’ in education in Pakistan, the word is used interchangeably with ‘quality’. When utilised in this way, standards are expected to be high but not rigorous or measurable. Thus, we have been using standards-based reforms without debating and adapting its core premises.

Now let us look at the motives for education reforms. The current trend has been to measure the success of each and every reform initiative by looking at the learning gains. But it has not always been so in the so-called developed societies. The reformers did not always refer to declining test scores as justification for standards-based reforms.

The reference to student learning is a very recent insertion in the reform discourse. For example, the sweeping education reforms undertaken in the United States in the 1950s had no reference whatsoever to student learning but had everything to do with security. The launch of Sputnik, the first artificial satellite, by the Soviet Union was seen in the United States as a threat to its security and superiority in science and technology. It sent the latter into a frenzy of education reforms. It was not declining student learning but the feeling of lost pre-eminence that prompted these reforms.

The early policies to put in place a functional system of universal education at the state’s expense anywhere in the world were justified on the basis of a political need for such a system.

As I have mentioned in an earlier article on the same pages, the societies have not always held themselves up to the ideal universal education. Massive education systems are very recent and have emerged in tandem with the emergence of a peculiar kind of state called nation-state. The nations are imaginary communities, which can only be rendered ‘real’ through universal education. It is only through regular indoctrination that children born within the boundaries of a nation-state assume the identity of its citizens.

The universal common school was established as an instrument to establish the writ of the nation-state. There are no insurgencies in countries with universal systems of education. The effectiveness of universal education as a tool of public order increased the stake of state in it. Consequently, universal education was conceptualised as a public service. This happened regardless of the relative superiority of private over public schools.

Since the nation building, security, and stability provided the primary rationale for universal education, the state and society could not help but establish it as part of the public sector. It did not require systemic reforms to put national systems in place but a deep recognition that there was no nation without universal common education.

When this recognition was expressed through a strong political will everything else more or less fell in place. The idea of subsequent education reforms as organised efforts to improve the performance of education systems have emerged in countries that already had a well established and functioning public school systems.

So the massive education systems were set up because the modern nation-state was inconceivable without them. Subsequent education reforms show the concern and commitment of the society to its schools and also its dissatisfaction with them if they are not producing the desirable outcomes. Also, education reforms in these systems have not always used student learning for their justification. This is not to say that the student learning has not been a focus of attention, but that it has not been necessarily used as a rationale for reforms.

In fact, educators, particularly in the United States, assumed that the learning was distributed on a Bell (or Normal) Curve. Bell curve was used to ensure that excellence and mediocrity clustered around average as a norm. Thus, the education system was not to distribute learning equitably but to sort people in ways that suited an unequal society. It was only in the early 1980s that decline in student achievement and learning gaps between different socio-economic and racial groups became political flashpoints.

Systemic reforms is another term that is finding its way into education debates in Pakistan recently. This word was also first used about 25 years ago in the United States and has taken about as much time as the standards-based reform to travel to our shores. The early standards-based  education reforms were quite piecemeal in the sense that they narrowly focused on improving one or the other aspects of the education system. The idea of systemic reforms emerged in the early 1990s as a call for coherence and alignment.

Systemic reforms were based on the hypothetical argument that schools were not likely to improve unless systemic barriers to change were removed. However, the notion of system within systemic reform remained up for grabs and different people with different vantage points saw the system differently.

Why should we engage in a conversation about the language of reforms? We should, because education reforms are contingent and deeply embedded in unique contexts. Even words such as standards or systems or even reforms adapt and assume new meanings when implanted in new contexts with different histories and characteristics.

What education reforms might mean in a country with little political will and recognition that a common education is essential for its survival as a nation-state? We have already privatised education even before we had a functioning system of education. The only systemic reform that has been in operation for the past many years has been gradual dismantling of whatever dysfunctional system of education we were given by the British Empire. That system, as Tim Allender has observed, had already collapsed in the mid-1880s just as soon as it was put in place.

It is also instructive to note that British started a state-sponsored system of education in India much earlier than they did on the Isles. We should ask why did the public education refuse to grow in India and what is now Pakistan, and what made it flourish in Britain and other OECD countries?