No choice but to sit on the sidelines and watch

Roads have been taken over by huge machines of all kinds removing anything in their path -- be it trees, electrical poles, or cable lines. 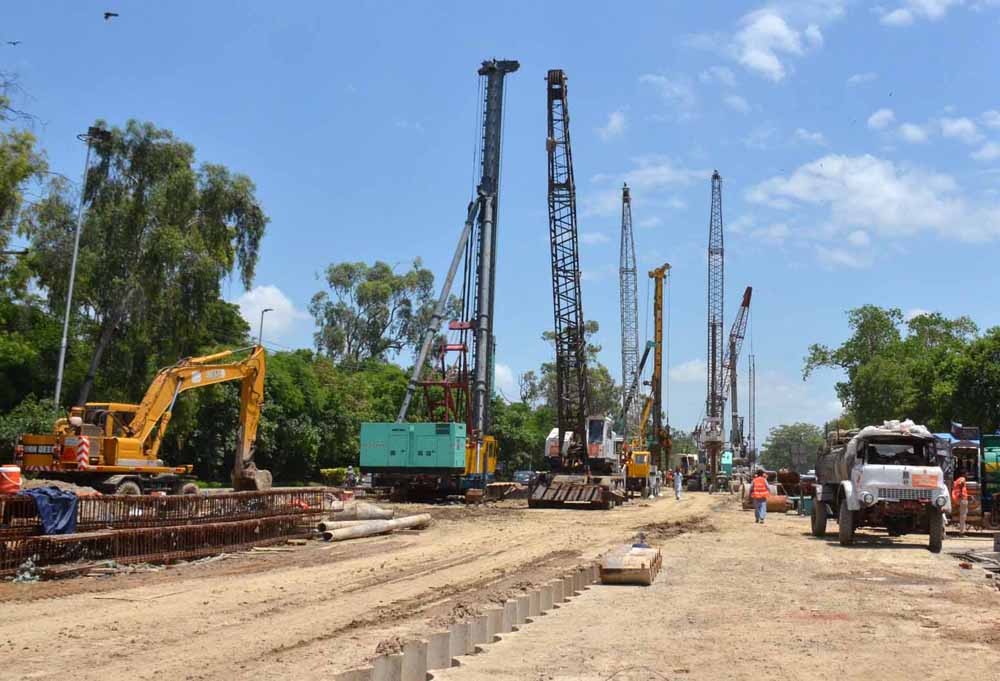 In a matter of minutes, we are able to change the landscape and outlook of the city. What little trees and greenery we have here we have torn out to make way for the government’s much-tomtommed development projects.

The people living on Jail Road -- especially, those in Shadman -- have been facing immense difficulties just to leave and return to their homes. Roads have been taken over by huge machines of all kinds removing anything in their path -- be it trees, electrical poles, or cable lines.

Many of us remain divided over whether the signal-free corridor shall aid the inhabitants of Lahore or create more problems for them. The environmental impact the project will have is quite evident as the generators and machines release constant plumes of smoke polluting our already damaged atmosphere.

At the same time, we uproot trees that have taken decades to grow, their roots descending deep into the ground, all in the name of making our lives easier.

On a personal level, change is not something I cope well with, and the change in my surroundings, the constant noise of machines drilling into the ground, along with generators purring into the late hours of the night, is not a welcome one.

In a few months from these piles of rubble we will have overhead bridges, underpasses and much more as we have in the past at Kalma Chowk and Ferozpur Road.

It saddens me to realise that our next generation will never know what the city looked like before all these recent construction projects refashioned its face. Every signboard apologising for the inconvenience, every alternate route cut through neighbouring roads, and every "Habib Construction Services" container that I spot only adds to my frustration and anger. In five years, even I may not remember the old Jail Road and Shadman Chowk before they were tainted.

My one-sided rant does nothing to include the opposing side’s argument that this will help deal with our city’s traffic congestion problem. The minority may benefit at the expense of the majority. We can justify spending millions in construction materials and labour costs, however the same government finds safeguarding the people of the kachhi abadis in Islamabad too high a cost to bear.

The monsoon rains that have already taken over the city will inevitably slow the project down. Perhaps, this is nature’s way of defying the government’s decision to continue with their project.

Despite the general loss of aesthetic beauty on the roads, and the addition to pollution levels, many of us will face technical issues with internet, television cable and phone lines as underground wiring laid down before will be disrupted.

So, I sit here, helpless to do anything over a failed battle against these machines that surround me, only expressing my discontent into words that will not make a difference. Opinions that are irrelevant and unneeded by those whose voices are louder than mine, those who drive around in bulletproof cars followed by a whole army of police officers wherever they go. My ideas discarded like the lives of those who are not considered worthy of the money we spend on bridges.

The debate will perhaps never end on this topic given its controversial nature. However, the decision has been made and those of us discontent over it have no choice but to sit on the sidelines and watch from our front row seats as this city undergoes another change.

No choice but to sit on the sidelines and watch