OmairAlavi
In the picture
August 2, 2015 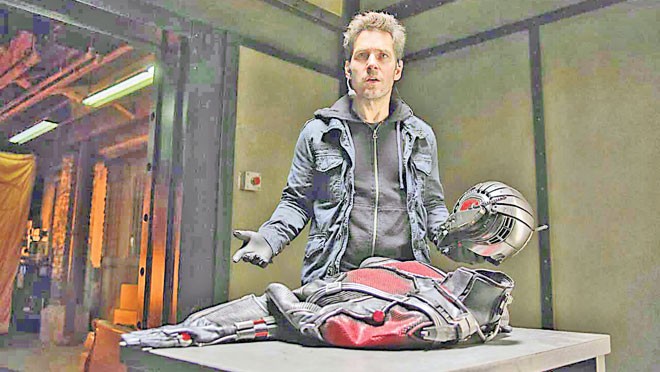 He may be tiny as an ant but there is nothing small about the furor Marvel Comics’ Ant-Man is causing at the box office. In fact, in his spectacular feature film debut, the little man wins big battles and comes out the winner. There are at least 5 reasons why this latest superhero flick shouldn’t be missed.

Paul Rudd makes Ant-Man his own

"What… Paul Rudd as a superhero?" is the reaction most people came up with when Marvel unveiled him as the man behind Ant-Man. However, the actor proved his worth by displaying the right emotions required to play the superhero. He displays aunique blend of action and comedy in the role of Scott Lang, who crosses all barriers to save the world from extinction. His portrayal of a devoted father, who would go to any length to come out a hero in the eyes of his daughter, lends the character an endearingly relatable element.

He has been entertaining audiences with his extravagant action roles since the ’70s but Michael Douglas has never played a superhero on screen… until now. He plays Dr. Hank Pym, the scientist who not only invents the Ant-Man suit but is also the first person to don it. Although his face is covered in the flashback sequence, we are not going to be picky here. It’s enough to know that it’s Douglas behind the superhero suit and we the fans on the other side of the screen are happy!

Just like Marvel Comics’ past offering Guardians of the Galaxy, the film is loaded with one-liners that will stay with you once you leave the cinema. Actor Michael Peña, who plays Lang’s smart-talking prison buddy Luis, provides some of the most surprising and funny comedic moments of the movie.

Someone of your own size

The Ant-Man and his nemesis, who wears a superior Yellow Jacket, are both of the same size - tiny but very agile. The special effects make them look believable, especially in the scene where Ant-Man practices passing through a door using the keyhole. His first appearance as the superhero is well executed and makes you believe that there is a suit that has superpowers and can shrink you at will. The train sequence where the two ‘lil ones’ battle it out is entertaining and creative at the same time.

This film has something to offer to everyone - you can be 8 or 88 to enjoy this flick. There are action sequences that will make older people in the audience take note while the comedy elements will attract the attention of the younger ones. The training session is interesting as Scott gets used to the suit and also to what lies ahead. The back story of Wasp is gripping as well and by the time the film ends, you are left in no doubt tha this return is on the cards. Plus there are the post-credits scenes that will knock you out for sure.

Omair Alavi is a  broadcast journalist who can be contacted at omair78@gmail.com