A woman’s right to be

Being a patriarchal society, women’s rights movements have formidable challenges to fight in Pakistan 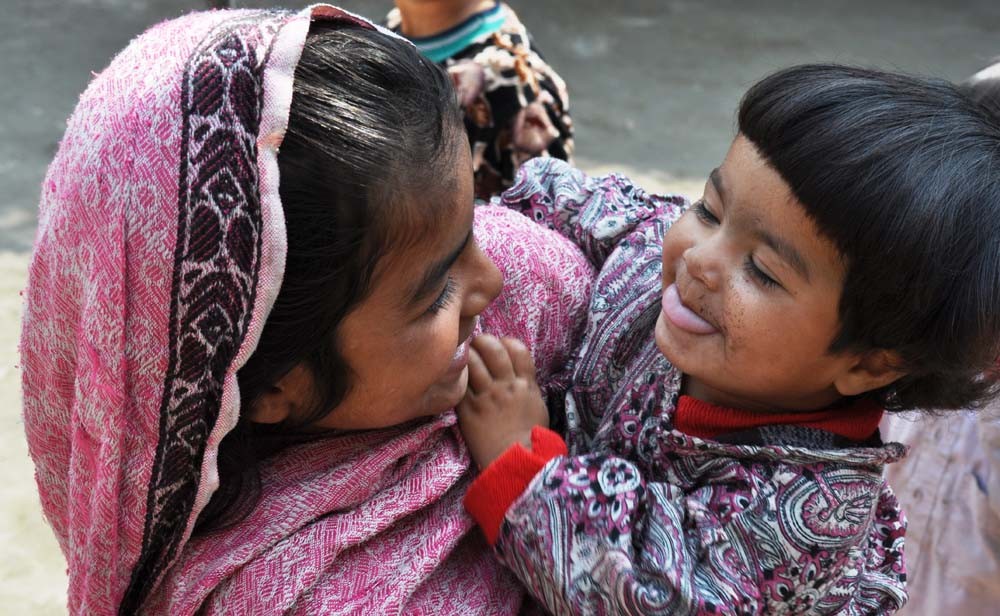 Human rights’ movements tend to focus on bringing basic human rights within the ambit of justiciability -- the notion that human rights need to be protected by law and that, for a right to be justiciable, it has to be able to be defended through legal processes (Jim Ife).

In a country like Pakistan that has been placed at 146 out of a total 187 countries on the Human Development index 2014 and has scored 0.537 points on the HDI (Human Development Report "Sustaining Human Progress: Reducing Vulnerabilities and Building Resilience), the focus of the civil society movements has understandably been on the justiciable aspect of the human rights.

Being a patriarchal society, women’s rights movements have formidable challenges to fight against like the female infanticide, maternal mortality, honour killing and death resulting from violence against, and abuse of women. In 2011, a THOMAS Reuters Foundation poll of gender specialists reported that Pakistan ranked third where women face unprecedented levels of violence and gender discrimination. However, Pakistan’s progress in this regard and achievements of these women’s rights’ movements also warrant recognition: just from 2004 to 2011, seven pro-women legislations were passed.

Apart from the glaring discrimination that women face in Pakistan at the macro level to counter which legislation is the right means, there is a whole layer of a very subtle behavioural discrimination which is barely ever spoken about, discussed, raised or even recognised as an issue. These behaviours harbour an implicit understanding and sometimes even justification of the much larger issues pertaining to the rights of women and their violation at collective institutional and societal levels.

The birth of a child is a juncture that could be taken as one example of both the justiciable aspect and the subtle behavioural aspect of discrimination against women. Edhi and Chhipa voluntary services report that the majority of the newborn babies that are thrown into garbage dumps are girl babies. These -- the female infanticide and child-mother health -- are the areas where the battle of rights has to be fought at the legal front.

However, the birth of a child serves to demonstrate the hidden biases which are mostly unrecognised. The birth of a son elicits a categorical celebration. But a daughter is somehow not valued as a child; her value has to be seen and promoted in terms of her being a source of ‘Allah ke rehmat’ (God’s blessing); if she is pious, she will lead her parents to ‘jannat’ (paradise). There is no harm in treating a daughter as a source of ‘Rehmat’ if it is an additional value that has been attributed to her being. But if it is used to undermine her value as a person, as a child, this is a bit too utilitarian.

Many of the visitors at child birth are found consoling rather than congratulating the parents at a daughter’s birth. As soon as the jubilant family well-wishers find out that they have come all the way to the parents to greet for a girl, the moods turn sombre: ‘Koyee baat nahin. Baitee Allah kee rehmat hotee hai. Allah agli baar baita day ga, inshaAllah.’ (It’s okay; a daughter is Allah’s blessing. You will have a son the next time if God willing).

So the birth of a daughter means an unfinished task on the part of parents. They need to set to work until they are able to produce the desired result that is a baby boy. That is the reason why many families are seen with three or sometimes even more daughters with very insignificant age differences but you would barely ever see the same for a family of boys.

Then comes the next consequence of this trend: the over-obsession of people with the growing number of women and girls compared to men and boys in the world generally and in Pakistan specifically. Somehow, there is a popular perception that one of the indications of the nearness of the day of judgement is that the number of women in this world would exceed the number of men.

Logically, population census should be the only means of verifying number of men and women. Pakistan’s data sources project that the overall sex ratio is 102 men per 100 women. A US report places this ratio at 111 men per 100 women -- fully 11 men more for every 100 women. This makes it one of the most unequal and unusual sex ratios in the world.

But the preachers in most Pakistani mosques giving Friday sermons are hell-bent to make everyone believe and that too with a great deal of success that; a) women outnumber men; b) the greater number of women is an indication of the imminence of the day of Judgement and; c) it is the inability of men to ‘control’ and ‘reign’ their women which is responsible for all social ills -- which in turn is told to be another factor bringing the Day of Judgement nearer. Hence women are doubly responsible for ushering the Day of Judgment -- firstly because of their greater number and secondly by being uncontrollable for men and causing social ills.

When the household becomes a microcosmic representation of the wider world reflecting the imbalance of proportion with regard to gender, this attitude trickles down at the family level. On the part of men, the feeling that they are the saviours of this universe first and foremost just by virtue of their being; and secondly with reference to the kind of control they are able to exercise over women would automatically lead to -- or in the case of our culture where men are already the dominant gender -- a sense of superiority. Whereas on the part of women, feeling the responsibility of expediting the impending doom of this universe, first by virtue of just their being and secondly by the level of independence they show towards men would not have positive effects on their self-esteem.

Theorists have argued that in patriarchal societies, women act as agents of patriarchal control to maintain male domination; and in turn women win a share in power and control. In Pakistan, elderly ladies are often observed asking expectant mothers about pregnancy symptoms to determine the gender of the unborn child. For example, an indication of having a girl is that the expectant mother would dream of mundane things like carrots and radishes; whereas if she is having a boy she would see beautiful flowers and lush green fields in her dreams. The sum of their wisdom and experience demonstrates that everything pleasant and beautiful is associated with the birth of a boy and everything unpleasant with that of a girl. This makes me wonder whether these are manifestations of agency of patriarchy to win and exert power or are these reflections of women’s struggle of self-worth in a society which attributes respect to women only in relation to the number of men associated with her.

In order to bring an effective and meaningful change at the macro level, each one of us needs to initiate a process of introspection at a very personal level to challenge ourselves for our hidden biases -- maybe embedded in our collective archetypes.

A woman’s right to be