The cost of colonialism

Does Britain owe reparations to its former colonies? 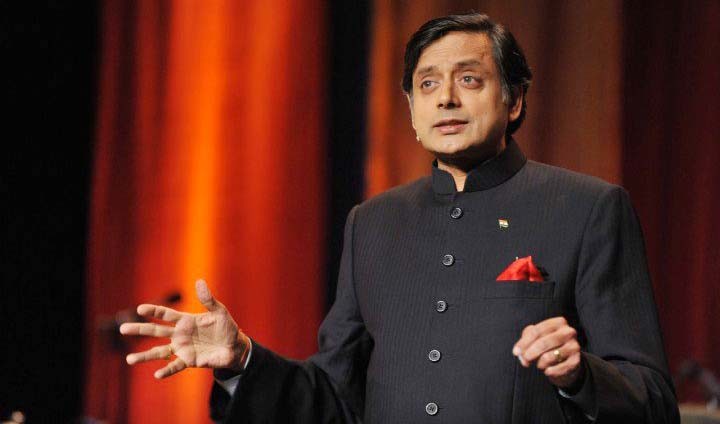 In Trinity Term this year, former Indian diplomat and currently a member of the Lok Sabha, Dr Shashi Tharoor, spoke at the Oxford Union debating society on the topic "This House Believes that Britain owes Reparations to her Former Colonies." In a riveting speech -- and Dr Tharoor is an excellent orator -- he powerfully made the case that Britain indeed should pay reparations to her former colonies.

"Even if it is one pound for the next two hundred years, they should atone for colonialism," he thundered to rapturous applause. While I have always admired Dr Tharoor for his statesmanship and applaud his positive role both in the United Nations and in the Indian parliament, I must, as a historian, beg to differ on this occasion.

Dr Tharoor began his speech using the oft-quoted figure that at the time the British entered India in the early 1600s, its share in the world economy was 23 per cent and when the British left the shores of India in the autumn of 1947 the share had dropped down to less than 4 per cent. While these figures are correct, they hardly inform us of actual economic change during the nearly three hundred and fifty years they purport to explain. First, the former figure is from a time when the Mughal Empire was at its highest point. Most of what is now Afghanistan, Pakistan and northern India was under the sway of the Mughal Empire and it was a time of relative peace and prosperity.

In terms of agriculture and industry too, India was comparably better than the rest of the world and the availability of excellent raw materials made it an important market. After this period, the Mughal Empire began to decline in the eighteenth century and by the time the British actually entered the political arena in India -- in 1757, more than a century and a half after their arrival in India -- the reality in India was much different.

The India of 1757 was a far cry from the India Sir Thomas Roe had been sent to as ambassador in 1615, and which mesmerised him. By 1757 the Mughal Empire was but a shell of its former glory -- Delhi, the imperial capital, had been sacked by the Persian Nadir Shah, the Marathas were in control of large swathes of central India, Afghanistan, Punjab, Bengal and the Deccan had become practically independent, while hundreds of small principalities had emerged in this period of decentralisation.

In such a scenario, the dramatic increase in taxes (especially due to newer kingdoms emerging), the lack of security, arbitrary revenue settlement etc retarded economic growth in the region -- and all of this happened before the British became politically active in India. Therefore, India had long lost its position in the world economy, which it held in 1600, by the time the British became involved in the politics of the country.

If India’s economic decline is to be blamed on anyone, perhaps the policies of the later Mughals and the period of decline needs to be understood first, before a blanket charge against the British is levelled.

Secondly, the above figures do not take into account the dramatic improvements in the economic performance of other regions of the world as compared to India during the same period. Europe and Britain were suffering from a lot of political and religious strife throughout the seventeenth century, which limited the economic development of the region, but by the middle of the eighteenth century -- when India was still in decline -- the industrial revolution and other innovations had begun to have an impact.

Hence it is not just that India’s economic power declined, but that the rate of economic development in other regions increased by a greater margin than India, and therefore India’s share of the world economy decreased.

Thirdly, a statistical comparison of India and Britain between 1600 and 1947 after keeping in mind the above mentioned facts makes it clear that the question of India’s economic retardation under the British is not as simple as Dr Tharoor would like us to believe.

According to the data gathered by Professor Angus Maddison in The World Economy: A Millennial Perspective, in 1600 India’s per capita GDP was $550 (1990 dollar levels), which remained the same for nearly a hundred and fifty years (the period of Mughal decline), and was slightly lower at $540 by the time the British became politically active in India in the 1750s. It then declined a little during the haphazard rule of the East India Company (keeping in mind that it took the Company nearly a century to bring just over two thirds of the land mass of India under their direct rule, the rest -- about one third, were the princely states -- Indian ruled territories, which remained separate units till the end of the British Raj), to about $520, rising to about $620 during the ninety year Raj by Westminster, an increase of around 20 per cent.

Therefore, if India’s economic decline is to be blamed on anyone, perhaps the policies of the later Mughals and the period of decline needs to be understood first, before a blanket charge against the British is levelled. This is not to say that the British did not exploit India for their benefit, they indeed did, and a large part of the dramatic increase -- a jump of 234 per cent -- was due to the Empire, yet the extent to which British rule adversely affected the Indian economy should not be exaggerated.

If one compares the full GDP data of Britain and India in the corresponding period, an even more interesting picture comes out. India’s GDP in 1600 was $74,250, and it only increased to $90,750 by 1800, an increase of about 22 per cent. By the time the British were politically active, the GDP was at $99,900, an improvement of only 10 per cent in a little over half a century.

During the century of the rule of the East India Company, the GDP increased to $118,040, an expansion of about 18 per cent, while during the ninety years of the Raj it grew to $255,852, an increase of nearly 117 per cent! This jump in India’s GDP was the highest increase since before the Mughals, and this happened during the rule of the British.

Obviously, the growth in the British GDP was even more dramatic in the same period, yet inferring that the Mughals (or any other India rulers) were better than the British in economic performance is a little far-fetched.

(This article continues next week with examination of another argument of Dr Tharoor’s speech.)

The cost of colonialism