Nationalists are being picked and punished. Is there a conspiracy against Sindh? 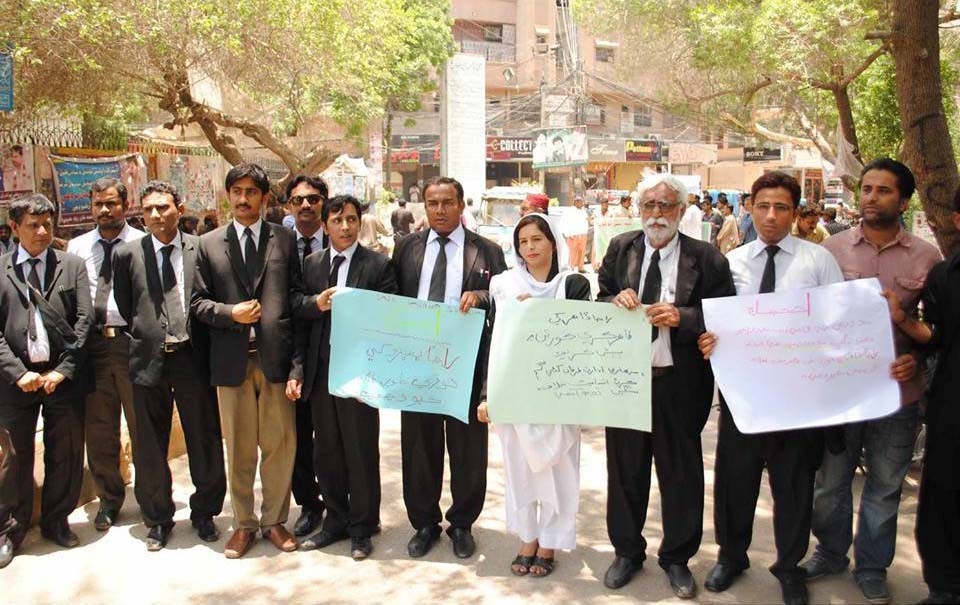 "Though nationalists never gained the support of Sindhi people and Sindh always opted for national politics, illegal detentions, killings and disappearance of nationalist workers of Sindh have created a sense of insecurity among people. Grief and anger among people of Sindh have given rise to sympathy for nationalists," says Noor Ahmed Memon, a prominent intellectual and coordinator of Sindh Writers and Thinkers Forum.

From Sindh’s intelligentsia to common people, almost all are of the view that forced disappearances, followed by killing of nationalist workers, slogans of armed struggle, are deliberate attempts to drag Sindh’s peaceful and democratic society into a war like situation.

Recently, a mutilated body was found with a bullet in his head near Super Highway Nooriabad in district Jamshoro on July 5; later on July 25 the body was identified as that of Raja Dahir Bhanbhro, a worker of Jeay Sindh Muttahida Mahaz (JSMM) after Nadra verified his fingerprint.

Raja was arrested on June 4 this year by Rangers and some people in plain clothes from his native village in district Khairpur in the presence of lots of people, according to his family and people living in the area.

Raja Dahir was the son of a prominent intellectual, historian and senior journalist of Sindh, Atta Muhammad Bhanbhro who had refused to receive Presidential Pride of Performance award by former president Asif Zardari in protest against latter’s policies towards Sindh.

Raja Dahir was associated with Sindh’s most controversial nationalist party JSMM which believes in armed struggle for ‘the liberation of Sindh’. Observers believe that Sindh Liberation Army (SLA) which claimed the responsibility of many bomb explosions on railway tracks, sabotage of electricity power lines and other such activities in Sindh, is also the shadow organisation of JSMM.

JSMM led by Shafi Burfat was declared a banned organisation some years back by Sindh’s Home Department which had also announced head money of Rs. 0.5 million for the arrest of Burfat.

After the killing of Raja Dahir, JSMM has announced protest on August 14 throughout the province on the Independence Day of Pakistan.

JSMM emerged on Sindh’s nationalist political scene in 2005 with the slogan of armed struggle for the liberation of Sindh which distinguished them from almost all other nationalist parties. Since its emergence, more than 20 of its workers have been killed, many face terrorism cases and some of them are still behind bars.

Dr Qadir Magsi, Chairman of Sindh Taraqqi Pasand Party (STP) says, "I am against the attitude of both the state and the JSMM. On one hand JSMM is raising irresponsible slogans and dragging the youth of Sindh towards wrong lines of militancy in the name of nationalism and rights of Sindh and on the other hand the State is picking persons, torturing and killing them.

"If the state thinks that through these acts people of Sindh will be frightened and give up their rightful movement then it’s a wrong perception," says Dr Magsi.

State institutions should change their attitude towards Sindhis and Baloch, if someone is involved in any kind of criminal or even terrorist activities he should be dealt with according to law, adds Dr. Magsi. "I am unable to understand how an organisation like JSMM, claiming to be pro-Sindh, is an ally of MQM?"

The Human Rights Commission of Pakistan (HRCP) also expressed grave concern over the killing of a victim of enforced disappearance in Sindh, stating that the murder represented growing intolerance in the country.

In a statement issued on July 27, the HRCP condemned the killing of Raja Dahir Bhambhro, who had reportedly been picked up by uniformed security forces personnel from his native village in Khairpur. The Commission said: "More than 20 persons had witnessed the incident. The Sindh High Court had been hearing a petition against Raja Dahir’s disappearance.

"The killing highlights the tendency of the security forces and police personnel to transgress the law. There can be no bigger crime than the agents of the state, who are under an obligation to protect people’s lives, take away citizens’ lives.

"Unfortunately, the Sindh High Court could not ensure Raja Dahir’s safe recovery. However, it must make sure that those who abducted and killed him are duly identified and brought to justice.

"Besides punishing the culprits in this case, those at the helm of affairs must get over their inability to address the root cause of intolerance. A stubborn refusal to tackle the foundational rot amounts to acquiescence to citizens being mowed down."

Prominent writer and analyst Naseer Memon says that regardless of one’s identity, belief and ideological affiliation, extra-judicial killings cannot be supported. "When state resorts to extra-judicial justice society resorts to mob justice. It leads to a rudderless and chaotic society where might asserts in every sphere of life."

Jami Chandio, a prominent intellectual says that at the time where special laws are passed for keeping persons accused of terrorism for 90 days in custody and special courts are proceeding with the cases of such accused persons, there is no justification of these kind of incidents.

Chandio says, "Keeping in view the coercive role of state institutions and continuous abductions and brutal killings of JSMM members and leaders, I will humbly request JSMM leadership to revisit their strategies. However, having ideology of any kind is their democratic right. This is 21st century and non violent peaceful struggle is more effective and result-oriented than any militant struggle. Let us save precious lives of our youth which are now at the mercy of merciless state institutions. Saeen G M Syed also professed non violent peaceful struggle. I hope JSSM leadership would take my humble suggestion positively."