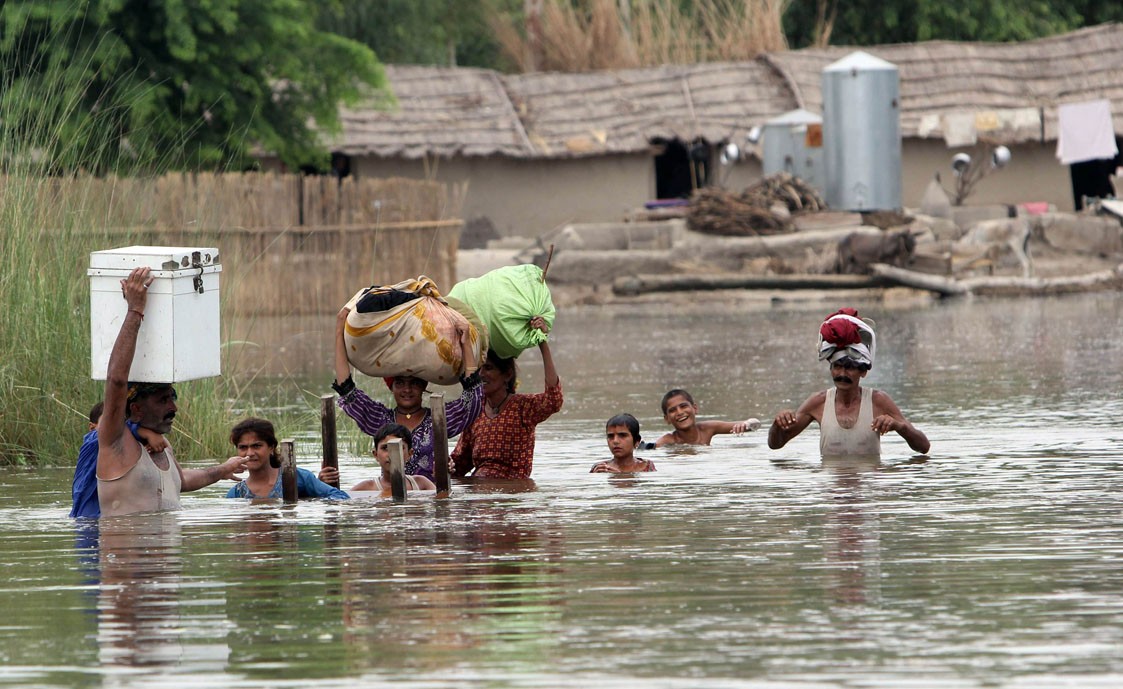 "Within the next few days, at least 600,000 to 650,000 cusec water is likely to cross the Guddu Barrage. But if there is more than expected rain, the water may reach 700,000 cusec," PDMA Deputy Director Sukkur Abdul Rehman tells TNS, continuing that usually "Sindhu darya receives rainwater from Koh-e-Suleman and other mountainous areas of Punjab and creates flood-like situation."

The PDMA claims to have evacuated around 120,000 people from the catchment areas of Kashmor, Ghotki, Larkana, Sukkur and Shikarpur districts.

Reports collected from the most hit areas of the flood suggest that the flood-affected people are reluctant to leave their area. This reluctance is hindering the government-led relief operation.

After watching scenes of destruction and displacement in the upper riparian of the country, the locals living near the catchment areas in Sindh are petrified.

However, the PDMA official says since there are reported breaches to embankments in the Punjab province, the water flow may be weakened in Sindh.

District Disaster Management Authorities (DDMAs) are identifying vulnerable points at the embankments in Sindh. Earlier, the Authority had identified at least 47 points that were vulnerable between upper Kashmore district and Sujawal district.

Sindh Chief Minister Qaim Ali Shah during his visit to the affected areas expressed dissatisfaction with the relief operation and warned irrigation officials against exposing the government’s inefficiencies.

Muhammad Ali Shah, whose organisation of Pakistan Fisherfolk Forum (PFF) usually assists in the evacuation of affected people by providing boats, claims to have received a request letter from the Kashmor district government to provide speedboats. But, he says, the community people need food and fuel for boats which the officials are reluctant to pay for.

River Indus is more than 18 kilometre wide between Guddu and Sukkur barrages. But the size of the riverbed has been reduced to one kilometre at two newly-built bridges on the river in the Sindh province that may affect the river flow.

Shah says the structures built on river bed may disrupt the river flow and cause mishaps.

Professor Ismail Kumbhar of Sindh Agriculture University Tandojam says people of the catchment areas of River Indus will face loss as the cotton crop is ready to be harvested and red chilli is in mid-season.

"Other crops like banana and vegetables, standing over 2.2 million acres of land in the river catchment area, may well be submerged," he predicts.

The catchment areas of Sukkur, Hyderabad and Thatta supply vegetables in the local markets, which in case of destruction may create food insecurity.