The miracle of Harper Lee 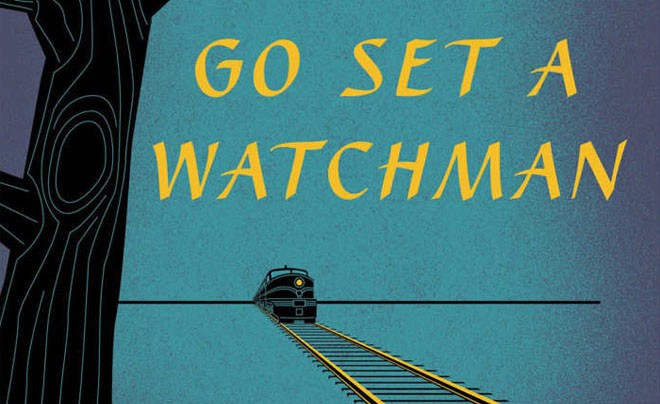 At the outset, this must be said: It is nothing short of a miracle that there is a new book from Harper Lee; the only book to follow her landmark 1960 novel To Kill a Mockingbird. But while Mockingbird was conceptualised from the draft for Watchman, and many have (unfairly) compared the similar texts and overlapping characters, Watchman is a book that holds its own weight, its rawness only making the text more potent.

It would be easy to dismiss this book as a draft, or a mere coming-of-age story about its young main character. Instead, Watchman could just as easily be read as context -- albeit fictional -- to the events of the year 2015, when America’s first black president spontaneously sang "Amazing Grace" at the funeral for a reverend -- one of the nine killed in a shooting at a historic black church, allegedly targeted for their race -- and as #blacklivesmatter is not just a hashtag but a movement that highlights the racial fault lines in American society.

Go Set a Watchman opens with Jean Louise ‘Scout’ Finch, the novel’s protagonist, travelling to her hometown of Maycomb, Alabama for a brief visit. It is the 1950s, the United States Supreme Court has outlawed racial segregation in schools, the NAACP is asserting itself in the fight for justice and the seemingly simple act of sitting next to a black woman at a New York restaurant is shocking to Jean Louise’s peers back home. It is an unsettling time for the South, and it is just as unsettling for Jean Louise. Her steadfast, idealistic rock of a father -- the upright, upstanding lawyer Atticus Finch -- is aging, and often unable to use his hands. Her boyfriend, Hank, is set to take up a new place in society and in her father’s law practice. Her peers’ talk -- on race and civil rights -- is anathema to her, making her flesh creep.

Of course, Jean Louise does not ‘have’ to navigate these changes. She will leave and go back to her life in New York, and she has no plans to tie herself down to Hank and live in Maycomb. While the hints of discord would have perhaps caused a political or social awakening in any other adult, Jean Louise is already beyond that. She believes she has risen above the ingrained racism and stereotypes in Southern society, because of the values her father imbued in her. Or perhaps, because she is told and believes, that she has been blind to race all her life.

Jean Louise doesn’t need to prove a point. And Lee does not set out to make her prove one. There is no bleeding-heart activism here, or attempts to make Jean Louise out to be a torchbearer of justice and the conscience of Maycomb. While Jean Louise rails against her peers, she admits that she was also "furious" at the Supreme Court’s landmark decision, considers being an NAACP member almost akin to an insult, and that despite her relative freedom in New York, she isn’t about to go "run out and marry a Negro".

Lee weaves in vivid, free-floating scenes from Jean Louise’s childhood; but instead of just being nostalgia, these recollections are meant to set one’s teeth on edge. They are double-edged memories that foretell and explain away the new, present-day, racist, reprehensible version of the people that Jean Louise has idealised her entire life. Jean Louise discovers that even though she may think she sees people as people and not as black or white, that doesn’t mean everyone else is colour blind or unable to see Jean Louise for what she is, a privileged, white girl. "I am their blood and bones, I have dug in this ground, this is my home," Jean Louise thinks, trying to make sense of her sense of loss. She is forced to realise differently in the next breath. "But I am not their blood, the ground doesn’t care who digs it, I am a stranger at a cocktail party."

It’s the kind of question that is charged with white guilt and the burden of history; that hits at those shifting uncomfortably in their seats when reminded of the role they and their ancestors have placed in perpetuating injustice or celebrating it. But in Watchman, the people Jean Louise rages against and compares to Nazis do not shift uncomfortably. They defend their values and offer up their own doomsday scenarios of a world with equal civil rights. Their diatribes -- written in and set in the mid 1950s -- could just as well have been written today, and could fit for so many places where equality is a scaremongering concept. Lee doesn’t hold back in illustrating the depths of their arguments; the characters are stripped down to their core beliefs and presented for who they really are.

It’s a fight or flight moment. And Jean Louise, bristling with outrage, has to decide whether she can draw a line between justice and justice, or accept that her world of moral absolutes never existed after all. "It’s always easy to look back and see what we were, yesterday, ten years ago," Jean Louise’s uncle tells her. ‘It is hard to see what we are."

The miracle of Harper Lee