The third coming of Jal

Goher Mumtaz talks to Instep about the future of his band, Jal 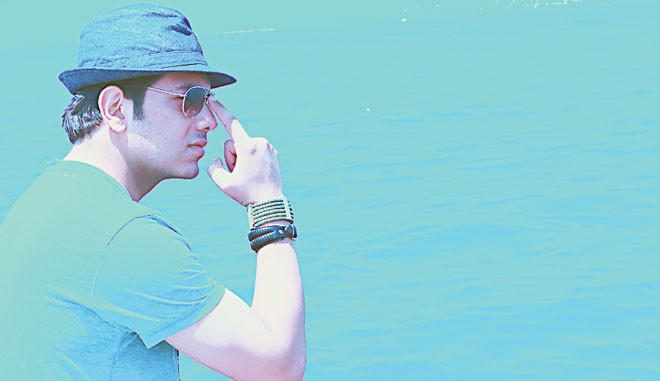 It’s been over a decade since Jal released their song ‘Aadat’, the success of which propelled its creators to stardom. And even though a lot has changed in the intervening years, the group’s front-man Goher Mumtaz has made sure that the band continues its musical journey. The guitarist-turned-singer has been working on new material with the revamped line-up of Jal, and is planning to unveil their new single ‘Bhanwray’ soon.

"We recorded the song ‘Bhanwray’ six months ago," the musician tells Instep, "and we are planning to release it in September." The song follows Jal’s latest track ‘Tere Baajon’ which came out earlier this year, and Goher says the group is very excited about their next offering. "I think our fans and music lover will appreciate this tune as the melody is very catchy. We received great feedback after the release of ‘Tere Baajon’, and we thought we should carry on the momentum and release a new song with a strong melody, accompanied by a good quality video. We are waiting for the final mix and master of the song to send to the director."

Set to helm the video for the track is director Azaan Sami Khan, the son of famed musician Adnan Sami Khan and actress Zeba Bakhtiar. "We want to shoot a movie, a film that goes with the song, not just a music video, and I think Azaan Sami Khan is on the same wavelength as the band regarding this."

‘Bhanwray’ will be the second consecutive Jal video made by Azaan, who also directed the ‘Tere Baajon’ clip. The group clearly enjoys the experience of working with him and appreciates his approach to the medium. "Azaan is a great person in a way that he knows how to perceive and communicate ideas and gives importance to the artist," Goher remarks. "Honestly, I was not expecting  that he could manage such a tough shoot for our previous song, where we had to block the main Saddar street and arrange a fire brigade for rain that would look perfect for the video, as well as handle sets, crew, and wardrobe. All together, this was something marvellous from a young man. It’s there in his genetics from his parents. No wonder!" he says in praise of the director.

Extremely pleased with Azaan’s work, Goher thinks the director did "a brilliant job" on every aspect of the ‘Tere Baajon’ video from conception to execution. He also reveals that it was Azaan’s idea to cast Goher alongside his missus in the clip. "He thought up the whole film concept for the song and wanted me to act along with my wife Anam Ahmad. He came up with a concept where people enjoy the chemistry of a real life couple, not in a tacky way but in a very subtle and classy way, so everything went well for the video. His vision helped Jal bounce back in the market with a perfect song and video. So now we want to experiment with the ‘Bhanwray’ music video, and take it to the next level."

‘Bhanwray’ isn’t the only new track fans can expect from the group in the coming months. Jal is currently working on their next album and hope to concentrate on releasing new music videos to "fill up the vacuum of good band oriented music". "People here in Pakistan and India love bands more than solo artists," Goher opines, "and we want to thank our fans for embracing Jal once again by loving the new video and welcoming the new line-up - with Amir Azhar on bass and Saad Sultan on lead guitars, alongside myself. We promise that we will carry on the momentum."

Music isn’t the only thing on Goher’s mind. He is also busy with his acting projects, and his latest drama, Neela Parbat, is set to air soon. "Neela Parbat revolves around the stories of families living in Kashmir as well as Kashmiris living abroad, while showing all the beauty of Azad Kashmir," he says. "The biggest attraction about the project was the story. I always decide my roles after reading the script. The story, written by Amna Mufti, revolves around the simple way of living of Kashmiris, their happiness, and how they miss their home when they work abroad. For me, doing something of this sort was very attractive and challenging. After doing this role, I feel accomplished, and I hope that people will love this new television serial." The drama has been directed by Adnan Wai Qureshi and will also star "Samina Peerzada, Naeem Tahir, Ushna Shah, Affan, Sumbal, and Ayub Khosa".

A project’s story, director, channel, and cast are the main things Goher keeps in mind while choosing projects, and he makes every effort not to be typecast. "After I did Tanhai in 2012, I was flooded with the same sort of roles and scripts. I didn’t do any of them. Instead I went with Uff Yeh Mohabbat next in 2013 where I played the role of a music teacher who falls in love with a student. Then I did Bhanwar (2014) in which my character was suppressed by professional and personal problems after the death of his parents. I just tried doing different roles and do not want to repeat the roles no matter how much they pay or how famous the rest of the cast is. With Neela Parbat, I will once again explore a look that I haven’t carried off on a TV serial before. The audience appreciates the fact that I don’t appear on TV too often, and whenever I do a new project people do wait eagerly for that."

Likewise, the actor is also very picky about his film roles, which is why we haven’t seen him in a Bollywood movie yet, despite the fact that he has been offered multiple roles. "I have been going to India for our live performances quite often for the last 10 years and have been offered three movies, but the question is, do I want to satisfy my crowd back home that I did a Bollywood movie by signing a C-class movie, or do I want to satisfy myself? So I have made a checklist for myself when it comes to selecting a project. All those three movies didn’t fulfil my checklist, mainly due to weak story and unknown cast, so I refused all three of them."

Music clearly remains important to Goher, and he wants to clarify that despite venturing into the acting arena, Jal remains his first priority. "It’s a general perception among people that I might have left music and diverted myself fully to acting. That’s not true! Through Instep, I want to make it clear that Jal has been performing around the world and releasing new music. The visibility and ratings may be higher for dramas, as there is no significant viewership of channels that are playing Pakistani pop music (if there are any left), but I just do one play a year, whereas whenever it comes to a query for concerts, music videos, or the group’s recording sessions, I am always available for my band.

Right now, the new line up is all geared up for ‘Bhanwray’, and we hope fans will remember this catchy melody for ages."

The third coming of Jal