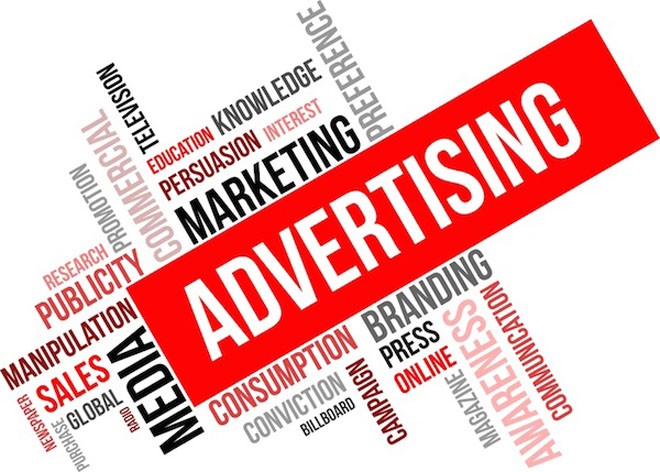 If you’d taken a close look at the 2014 ad for a popular drink, you’d have noticed that the ‘rickshaw’ in ‘Pakistan’ was actually a thinly disguised tuk tuk in Thailand. You would have realised that, despite your familiarity with Pakistan’s major cities, you’ve never seen the offices, malls, houses and parks in our ads. And you would have run into at least one person who actually knew the adorable footballer kid from a washing powder ad.

Dig deeper and you’ll find that most ‘Pakistani ads’ have a significant ‘foreign’ component. The child actors or the director will be Indian, the woman frying the kebabs, Brazilian, the locations, Thai or Malaysian. And more often than not, post-production will have been done at a production house in Bangkok.

"Thailand came up as a hub for post-production in the late nineties," says Saquib Malik who has been making ad films since 1988. "Before that, the big-budget ads like Lux, etc, used to be shot and processed in Singapore. The smaller ads were shot in Pakistan and then sent abroad for post-production since we didn’t have film processing labs here."

By 2005, Pakistani ad makers were comfortable enough working in Thailand to explore other options, including shooting ads there. "Indian talent -- actors and directors -- is essential to many of our films; we just don’t have, for example, child actors who are as comfortable in front of the camera," explains Asrar Alam, who’s associate creative director at the ad agency, Spectrum. With vibrant and flourishing film industries, the Indian film and drama institutes were churning out many more trained actors, directors, and technicians per year, which obviously created more competition and drove down costs.

"A mediocre actor in Pakistan who happens to have done one or two dramas will ask for Rs 1.5 million whereas I can get a better actor from India for anywhere between Rs 0.2 million and Rs0.5 million," says Alam. Like Alam, many creative directors in Pakistan claim they are flooded with portfolios of Indian models and actors on Facebook, simply because the latter have to compete harder for work in India.

The market for directors is even more cut-throat. While a few educational institutions in Pakistan now offer media-related courses, many in the industry have learned on the job. Consequently, the perception among the ad agencies is that the Indian directors know more, do better.

This indigenisation trend was helped along by the changing technology. With the introduction of digital cameras in 2012, the complex business of film processing, which necessitated the Bangkok trip, ended.

Since the size of the Indian market is larger, a mid-level Indian director is thought to offer a quality closer to the top-seeded Pakistani ones, at a much lower cost. "I’d pay four crores to a top-ranked director, such as Asadur Rehman, for an ad whereas I can get a mid-level Indian one for just $10,000," confides a creative director working at a mid-sized agency.

Since flying in Indian talent to Pakistan is a hassle, many filmmakers tried exploring more neutral locations. While Dubai, Malaysia, and Singapore were more expensive, Sri Lanka lacked the sophisticated post-production facilities many ad filmmakers had gotten used to. And so Thailand it was.

Since the Kingdom of Smiles had also shaped up as a regional hub for shooting and production for filmmakers from the Middle East, Africa, and Europe, it also presented other advantages. Pakistanis looking to shoot in Thailand suddenly found themselves with access to trained directors of photography and a vast array of Brazilian and Turkish models.

As the Pakistani ad makers reasoned, if Brazilian model Giselli Monteiro could pass off as Punjaban Harleen Kaur in the Saif Ali Khan-hit Love Aaj Kal, she was desi enough to be the face of the Gul Ahmed campaign.

But isn’t it more expensive to shoot in Thailand?

"Not really," says Malik. "Shooting in Thailand is between 15 per cent and 40 per cent more expensive, depending on the type of film you’re shooting." And, as he explains, the increase in cost is offset by other advantages. "Shooting on location is tough in Pakistan because of the permissions required for public places, such as offices, roads and malls; the law and order situation; the strikes and the power outages."

Read also: Creativity is the key

From starry tantrums and late arrivals on set to multiple payouts to various civic and administrative agencies -- every creative director has a horror story about shooting on location in Pakistan. Since the red tape is far easier to navigate in Thailand and the talent more professional, the filmmakers end up saving in man-hours what they lose in money.

"Here, you’ll be told shooting needs to stop for three hours because the other set is yet to be painted," grimaces Alam. "Try pointing out it should have been painted earlier and you’ll be told that wasn’t possible ‘because it was in the frame’. Just dismantling and assembling a set can take a couple of hours. In the meantime, you’ll sit, twiddle your thumbs and try to calculate how much the cost overrun will be."

Interestingly enough, while shooting in Thailand is an uptrend, post-production is waning as a consequence of the growth of the media business in Pakistan since 2002. As the tv channels proliferated, they gave birth to legions of cameramen, technicians, non-linear editors, make-up artists, producers and directors. The best and the brightest of these were often absorbed by the ad film world, where they learned on the job, from YouTube, and from the foreigners they met at shoots abroad.

Many of the ad filmmakers who had started out as directors invested in their businesses, buying the fancy cameras and lights they saw used elsewhere around the world and set up their own production facilities. And the recent rise of independent, formally trained filmmakers brought a freshness of technique and storytelling that had been missing before.

This indigenisation trend was helped along by the changing technology. With the introduction of digital cameras in 2012, the complex business of film processing, which necessitated the Bangkok trip, ended. "Local production houses are offering world class quality, apart from colour grading which is better in Thailand," insists Malik. "The only reason to do post-production elsewhere is if you’re doing high-end hair or beauty films, which require special effects. Or if you need flame or smoke machines or a particular light effect…"

Across the board, ad agencies and filmmakers agree that the size of the industry is growing. Many point to the increasing number of studios, editing suites, camera rental companies as well as the growing pool of talent. Other note the increasing specialisation in the field, the relatively recent trend of having freelance producers organising shoots and post-production schedules once done by the directors or the agencies themselves.

Most agree that Pakistan is currently running at full capacity as far as the production of ads is concerned and contend that the demand for ads is even greater.

But the point that gets lost in this celebration of excess demand is the fact that the industry is an outcrop of individual investment, not concerted effort. In the absence of vocational training and investment in the development of a more sophisticated industry, the ‘gains’ of business will remain confined to undercutting the competition by quoting a few rupees less and grabbing more business by paying off brand managers, ad agencies, and producers. There may be more producers, directors and actors but the size of the advertising pie is not growing.

In the end, there will just be less for everyone.