The murder of Pakistan hockey

It was not a natural death. Pakistan‘s national game has been murdered in broad daylight 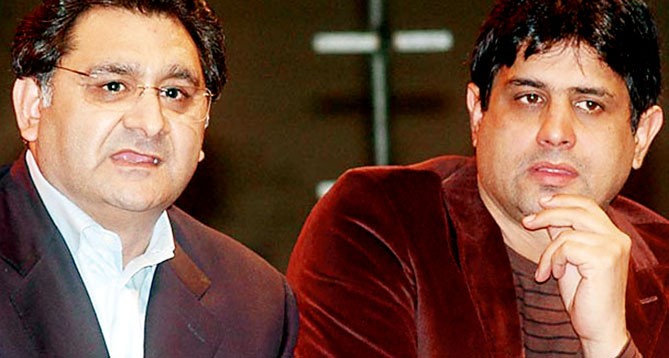 Pakistan Hockey was born even before the birth of the country. The British India first figured at the Olympics hockey in 1928 and won the gold at all the three editions (1928, ‘32 and ‘36) before the partition of the country.

Muslim players from the areas that became Pakistan as well as those from areas of India after 1947 had contributed a lot to these three victories. In fact, the captain and the vice-captain of British India at 1932 Olympics, Lal Shah Bukhari and Jaffar Shah, were both Muslims and from the areas now constituting Pakistan.

The newly-born nation expected immediate glory, but Pakistan hockey took some time to make its mark on the international horizon. After fourth positions in 1948 and 1952, the country won its first Olympic medal of any colour, silver, at the 1956 Olympics.

The next Olympiad in 1960 saw Pakistan clinch its first ever Olympic gold when Naseer Bunda’s goal ended India’s 32-year-old hegemony.

Hockey, now Pakistan’s national game, apart from a brief period from 1986 to ’88, continued to give the country successes.

It is the only sport that has given Pakistan gold and silver medals (three each) at the world’s biggest sporting stage.

The show at the World Cup is even more impressive with four victories -- no other country has lifted the coveted trophy as many times.

Hockey and Pakistan were just as synonymous as football and Brazil. In some respects it went beyond that. The country made invaluable contribution to the sport. The idea to hold a World Cup of hockey was Pakistan’s. Also, the beautiful cup for the event was from Pakistan. The Champions Trophy was again a purely Pakistani initiative. Again, the trophy was contributed by Pakistan.

But what has occurred over the last few years could not have been imagined even in the worst of the nightmares.

Qasim Zia with the backing of the then ruling Pakistan People’s Party became the president of the PHF in 2008 and Asif Bajwa occupied the seat of the secretary general with the support of a PML-N’s minister who is from his home town of Sialkot and is also his namesake. The duo was joined by another evil in the shape of omnipresent Rana Mujahid who has the knack of creeping into every setup.

They played havoc with the Pakistan hockey. The country with such a proud history ended 12th at the 2010 World Cup. That was only the beginning of the end.

The deadly trio was later joined by Akhtar Rasool. His inclusion was delayed because a court order had banned him for holding any public office for storming the Supreme Court in 1997.

The 120-kg former Pakistan captain only became eligible after the ban ended in 2010. A close associate of Nawaz Sharif, he was immediately appointed manager and head coach of the national team.

Under his able stewardship, the unthinkable happened which shook the entire hockey world. The four-time winners failed to even qualify for the 2014 World Cup.

It was the same Akhtar Rasool who on assuming the charge of the national team announced, "My target is to play the final of the World Cup."

Was he removed after the failure of such a magnitude? No, he was promoted to the position of president. Rana Mujahid was elevated to the office of the secretary general.

This doesn’t mean that the former president and secretary, Qasim and Bajwa, completely disappeared from the scene. It should be remembered that the chief executive of the country is also ex officio the patron in chief of the PHF, and he has repeatedly professed meritocracy as his government’s policy.

If such unconceivable disasters were not enough, there emerged financial problems in the PHF as well. For the last few years, it has become difficult even to send the teams abroad. Pakistan skipped quite a few international tournaments during the last couple of years.

Recently, things have gone to the extent that the members of the national team are not even being paid the daily allowances. This is happening despite the fact that the PHF remained the governments’ (two successive regimes) biggest beneficiary among all the national sports bodies -- it got Rs1 billion in five years.

Pakistan’s participation in the 2014 Champions Trophy was made possible through the generosity of some private entrepreneurs who had voluntarily stepped in because of their love for the national game.  But they immediately stopped as soon as they became aware of the way the affairs of the PHF were being conducted.

In this scenario, further humiliation was inevitable and it has now arrived in the shape of another shameful first: Pakistan hockey team’s failure to qualify for the Olympics. Hence, at the Rio 2016, Pakistan will only be represented by a few wild card entrants with not a single sportsperson from a nation of 20 million even reaching the minimum qualification standard.

Pakistan’s Olympics are already over, more than a year before the lighting of the torch in Brazil.

It was not a natural death. Pakistan‘s national game has been murdered in broad daylight -- intended and planned. All those involved in this heinous crime should get the severest possible punishment.

The murder of Pakistan hockey