A moral response to climate change 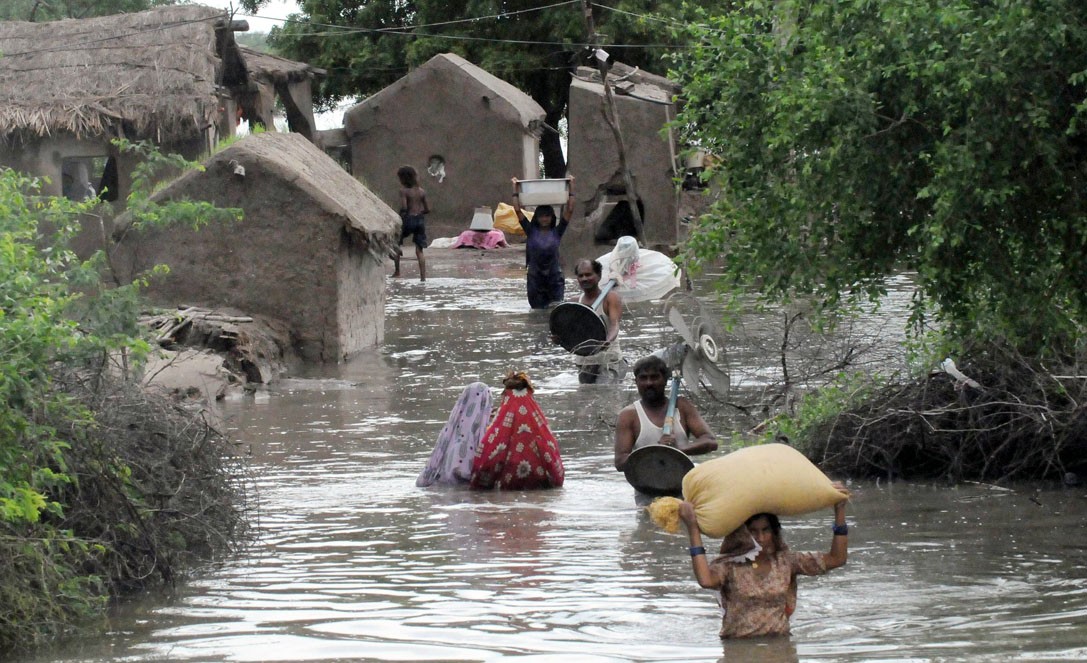 Pope Francis of Vatican has called on the world’s 1.2 billion Catholics to join the fight against climate change. In a papal encyclical letter, Pope Francis declared that the science of climate change is clear and that the Catholic Church views climate change as a moral issue that must be addressed in order to protect the earth and everyone on it.

The said encyclical marks a major step forward not simply for the church but for the climate movement in general.

It is being said that the release of encyclical will transform how the world thinks about the climate crisis. The pope has made it clear that climate action is an act of faith, a moral duty that we all should share. The response from world leaders has shown that the world once again is looking to faith for guidance through difficult times. It looks like that science and religion are on same page regarding this matter and the time to act is now.

United Nations Secretary-General Ban Ki-moon, Executive Director of the UN Environment Program Achim Steiner and UN Development Program Administrator Helen Clark have welcomed the initiative taken by the pope and said in their statements, posted at UNFCCC website, that climate change is one of the principal challenges facing humanity, and that it is a moral issue requiring respectful dialogue with all parts of society. They have declared the encyclical an unambiguous call to action in the face of global environmental degradation and climate change. The world leaders consider this encyclical a clarion call that resonates not only with Catholics, but with all of the earth’s peoples.

Reverend Fletcher Harper, Executive Director of the Green Faith, a worldwide initiative working on mobilising people from diverse religious background for environmental leadership, considers Pope Francis’ encyclical the most visible example of a global phenomenon -- diverse religions stepping up to care for the earth. "In faith communities worldwide, we see this happening through education and on-the-ground projects. Because of the size and importance of the world’s faiths, it is incredibly exciting," says Reverend Fletcher.

Fletcher who played a key role in organising the Multi-Faith Climate Convergence in Rome last week was very much inspired by the will of people from different backgrounds on the action on climate change. "We saw this enthusiasm first-hand in Rome last week, at our Emerging Leaders Multi-Faith Climate Convergence, a gathering of 100 faith leaders from over 40 countries." Pakistan had also representation in the convergence that is being admired at large.

Islam also focuses on protecting environment and teaches not to create imbalance through human activity. Several verses from Holy Quran points towards such things i.e. Evil and destruction has appeared on land and sea because of what men have done. That Allah may make them taste a part of that which they have done, in order that they may return (Sura Rome: Verse 41).

There are around two billion Muslims across the globe and almost 10 per cent of them are living in Pakistan. Religion is a strong constituent of Pakistani society and any call from religious leaders on climate action can work wonders.

There are around two billion Muslims across the globe and almost 10 per cent of them are living in Pakistan which is among the top countries vulnerable to climate change. In recent times, we have experienced every type of impacts of climate change. We have been facing severe flooding every year, we have drought in a part of country, we have experienced severe heat waves, we have faced abnormal rainfall and mini tornadoes in different parts of the country and all these events are occurring frequently. Religion is a strong constituent of Pakistani society and any call from religious leaders on climate action can work wonders.

Dr Raghib Naeemi, eminent Pakistani religious scholar, says that Islam emphasises protection of environment and human well being and it is among the basic objectives of Sharia. "Our religion calls for action to save nature," says Dr Naeemi. He demanded the Muslim leaders immediately act on climate change as extreme weather events are occurring frequently.

Following Pope’s encyclical, Catholic Church in Pakistan has started working accordingly. Father Liam Callaghan, the priest, coordinator of Justice Peace and Integrity of Creation (JPIC), reveals that the encyclical is being translated into Urdu language. "Through seminars and workshops, we shall try to make it, and the issues it raises, more widely known in the dioceses, parishes and institutions across the country." Liam believes it can help efforts to protect the environment.

Response to climate change cannot only be defined through science, technology or economics, rather it has a moral aspect too. Humanity’s environmental stewardship of the planet must recognize the interests of both current and future generations. There is an opportunity to positively alter the course of history by acting on the issue combining science and religion.

A moral response to climate change