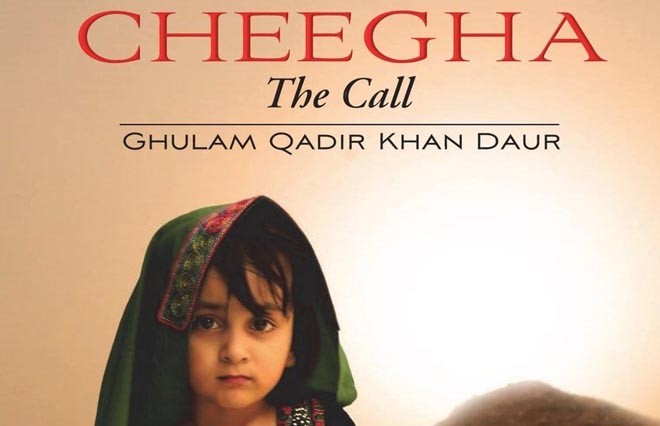 Since the 9/11 attacks, FATA has been portrayed as an area totally lawless, with no respect for human dignity and devoid of any norm of the civilised world. Ghulam Qadir Khan’s book Cheegha is an excellent effort to remove these misgivings.

The three main topics described in Cheegha are social and cultural scenario of North Waziristan, the Pukhtunwali, and sufferings of the tribesmen due to militancy. He very forcefully advocates that it is a fatal threat to the ways of their fathers. Their culture which is so fulfilling, inclusive and time tested is being replaced by faceless forces totally alien to this part of the world in the name of religion.

North Waziristan, like any tribal area, was one of the most peaceful areas of Pakistan. The events that followed the Russian invasion of Afghanistan in the late 1970s converted the peaceful tribal belt into the launching pad of jihadis. It was in this period that social disruption, cultivation of hate ideology and an alien interpretation of religion deliberately attacking Pukhtunwali started in FATA.

The tribal system is based on kinship. Mashar (elder) is the king pin to this system, but the status and respect is earned through continued demonstration of leadership. However, "the militants have very systematically eliminated every Mashar in target killing" (page 345). The common folk, who defied them, were tortured, humiliated and forced to migrate from their ancestral villages. The post war culture cut across this tribal bonding. The whole equilibrium of Mashar and Kashar (elder and youngster) was disturbed. The centuries old social fabric was torn apart, thus uprooting the system that kept a perfect balance of rights and responsibilities. The war introduced Kalashnikov culture and heavy weapons. The petty skirmishes were replaced by gruesome battles. The traditional forces for maintaining law and order became ineffective.

The war economy brought the new money class; international drug dealers, the commission mafia, currency smugglers. Foreign religious leaders enforced their own interpretation of religion. Jihad became the new currency for social recognition, access to power corridors, and mean to easy and big money. "The militants have declared everything important to us un-Islamic. Our culture, our education, our way of life, right upto the Islam we practiced, everything has been declared un-Islamic and unacceptable" (page 345). The author painfully concludes, "then the Russians invaded Afghanistan after which life in this part of the world changed forever. War was imposed on us for no fault of ours; we never harmed or had enmity with anyone".

Pukhtunwali is mentioned without any fail whenever Pushtoons are discussed. Ghulam Qadir Khan has described the articles of Pukhtunwali in detail; like Milmastia (hospitality), Badal (revenge), Panah(asylum), Nanawatey (unconditional surrender), Cheegha (the call). Being a tribal himself, and a senior bureaucrat, he is the right person to analyse these articles as instruments of administration. With real life examples, he declares Pukhtunwali as the best system of local government. Let me quote from Cheegha.

Badal is an important part of Pukhtunwali and essential element of keeping peace in the tribal area. Badal, is in a sense, retribution towards greater justice. Everyone knows that Badal will never be forgotten or forgiven, so, no matter how much arms or fighting force a family has, not to use it indiscriminately (page 103/104). "Cheegha" shows concern of those who care, a sense of belonging and being part of a caring family, for the aggrieved. For those responding to Cheegha, it means standing up united against tyranny and to convey the message that no one get away with injustice (page 133).

This portion of the book is the masterpiece and may be easily described as the first serious scholarly work on this aspect of Pukhtunwali.

The collateral damage and its impact have been explained by the author in a touching manner. Yaqoob Shah was going to Miramshah with his two children. An IED exploded near the forces convoy. In the retaliatory firing, Yaqoob Shah was killed. His children could not comprehend what had happened. When the security forces are fired upon, they fire back in self defence, and innocent civilians are also hit. The implementation of FCR clause of "collective responsibility" is another painful tragedy. The whole village is hauled up if any security installation is targeted by militants. The author has commented, "this leads to a rich harvest of hatred and revenge between the security forces and tribesmen, enabling militants find more recruits".

The tribal belt is full of such incidents, and continued efforts for a long time would be required to heal these bleeding wounds.

The author has forcefully argued for revival of the age old tribal system of governance. It is an admitted fact that FATA has changed a lot in every sphere of life. The inroads of education, the emerging middle class, and increased interaction with outside world are the critical factors that have diluted the very fundamentals of the old tribal system. The post 1970 events have created new ground realities. How to move forward in this scenario? The answer perhaps lies in the observation of the author, "we do not intend to go it alone; we only reiterate the agreement with Qaid, empowered and independent tribal areas, as part of Pakistan. We want the agreements implemented in letter and spirit through a new social contract." (page 372). FATA needs equal treatment to be at par with rest of the country constitutionally, legally, socially, politically, economically and administratively. Status quo is no option. The book is a "must read" for the policy advisors on FATA.