A personal tribute to a true secularist, humanist and peacenik not just of India, but of South Asia and the world 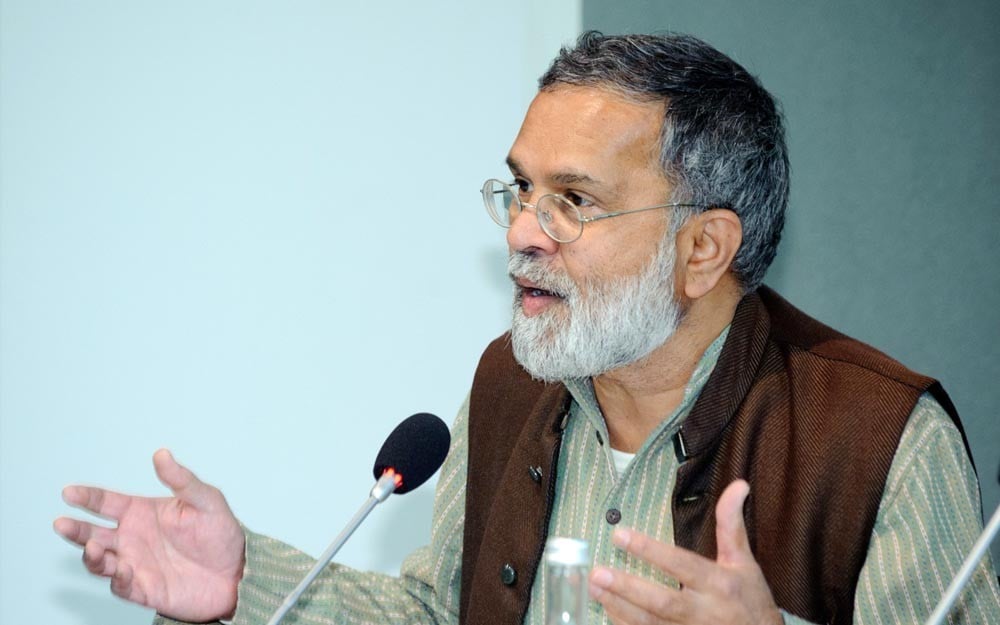 How does one come to grips with the fact that this low-key but vital journalist, scholar and activist, one of India’s finest writers and columnists, a true humanist, secularist, and peacenik, is no more? Perhaps, by remembering that the only thing certain in life is death.

Praful Bidwai had worked with the Times of India where he was a Senior Assistant Editor before embarking on "a freelance career that made his byline a household name across India" to quote The Wire. He had a long association with the wire service Inter Press Service (IPS).

"Hard to think now that Praful used to write two pieces for Inter Press Service every week," recalls our former editor Ranjit Devraj. "His pieces on nuclear proliferation and the Indo-US deal really threw the establishment into a tizzy."

Bidwai was also a scholar with solid academic credentials. He was a Professorial Fellow at the Centre for Social Development, New Delhi, and a Senior Fellow at the Nehru Memorial Museum and Library. He had served as a member of the Indian Council for Social Science Research, the Central Advisory Board on Education, and the National Book Trust.

His books included An India That Can Say Yes: A Climate-Responsible Development Agenda for Copenhagen and Beyond (Heinrich Boll Foundation, New Delhi, 2009) and the critically acclaimed New Nukes -- India, Pakistan and Global Nuclear Disarmament, co-authored with Achin Vanaik (Interlink, 1999). In 2000, the International Peace Bureau awarded Bidwai and Vanaik the Sean McBride International Peace Prize in recognition of their work opposing nuclear weapons development in South Asia.

He had just finished the manuscript for his new book, A critique of the Indian Left (forthcoming, HarperCollins). "Just in the last hours before his so shockingly sudden death, Praful had been cheerfully badgering each of us about ideas for broadening access to his book," writes Phyllis Bennis, director of the New Internationalism Project at the Institute for Policy Studies, a progressive think-tank in Washington DC. "…when I asked him about an Urdu version for publication in Pakistan, his eyes lit up with excitement for what was obviously a longstanding wish."

He was an incredibly hard-working and prolific writer wedded to his profession and the causes he took up. His syndicated columns were published in over 20 news outlets around the globe. The subjects he took up ranged from climate change to nuclear proliferation, and human rights issues such as discrimination against Muslims and Dalits in India.

In a recent piece, he invoked the civil liberties movement of the United States that, as he pointed out, "had to wage a prolonged and bitter struggle to achieve de-segregation." Along the same lines, he argued for an anti-discrimination law to stop the ghettoisation and the growing Hindu-Muslim segregation in Indian cities. He urged civil liberties groups and conscientious citizens to launch a special initiative "cutting across religion, to file criminal complaints" against companies that openly discriminated.

They should also, he argued, "petition the Supreme Court to seek clarification that the spirit of the Constitution’s anti-discrimination and equal-treatment-of-citizens articles applies to non-state institutions too. That will help prepare the ground for the legislation India sorely needs."

He would undoubtedly be at the forefront of such a movement, supporting it through his talks and writings and providing guidance where needed. His advice would also benefit activists in other South Asian countries.

It was probably the activist Shabnam Hashmi, sister of the slain street theatre director and actor Safdar Hashmi, who introduced me to Praful in Delhi in the early 1990s. We had more opportunities to meet at joint India-Pakistan conventions after the formation of the Pakistan India People’s Forum for Peace and Democracy in 1994.

His innate humility and generosity of spirit led him to always treat other younger colleagues like myself with respect and as intellectual equals. In the year 2000, we collaborated on an essay for the Mumbai-based magazine Gallerie, edited by Bina Sarkar. It was an honour for me to co-author a piece with this well-known journalist but he never let me feel that I was junior or less well informed. The essay, titled "Hostility & Reconciliation", was part of Gallerie’s special edition on Pakistan.

As op-ed editor of The News in 2004, I suggested a weekly opinion piece for Praful, an opportunity he jumped at. His weekly column continued regularly for over two years, always delivered on time, within the word count, and requiring no editing. Freelance writing was his sole source of income but he kept up The News column despite massive delays in payment caused by bureaucratic issues.

The last time we met in Delhi a couple of years ago, I was privileged to be a passenger in his tiny ‘bubble car’ -- an acquisition that testified to his commitment to the environment. He drove us to the India International Centre where he was a regular at the bar.

Not surprisingly, many Pakistanis grieve his untimely departure. They include my 90-year old uncle Zawwar Hasan, himself a former journalist who admired Praful’s "clear-headed and sensible" articles. He also remains personally grateful for Praful’s "out-of-the-way help" in Delhi some years ago. My aunt and uncle’s visa to India was running out and they couldn’t find seats on the Delhi-Lahore bus. Using his influence, Praful ensured that they were on the bus in time.

Karachi-based activist Karamat Ali who travelled to Delhi for Praful’s memorial remembrance held on July 8 says, "We must remember him for his tremendous contributions towards peace and friendship between India and Pakistan and the people of South Asia."

He is among those talking of holding a reference for Praful Bidwai in Karachi and Lahore some time later this month.

"What an honest and clear headed person. A great man for India Pakistan friendship," says Dr Tipu Sultan of Pakistan Doctors for Peace and Development. Terming Praful’s death "a rude shock," he has offered to host the reference in Karachi.

A true nationalist -- not the flag-waving kind but someone who sincerely loved India and wanted to see her people prosper and be treated with respect and justice -- Praful Bidwai was a flag-bearer of the anti-nuclear and anti-communal movements at home and abroad. He stood for human rights for all, regardless of nationality, gender, religion, caste or sect.

Praful Bidwai’s departure is not just India’s loss, but a loss for secularists, peaceniks and humanists everywhere. He lives on in his legacy of writing and in the movements he supported and nurtured.