A professor, a mentor 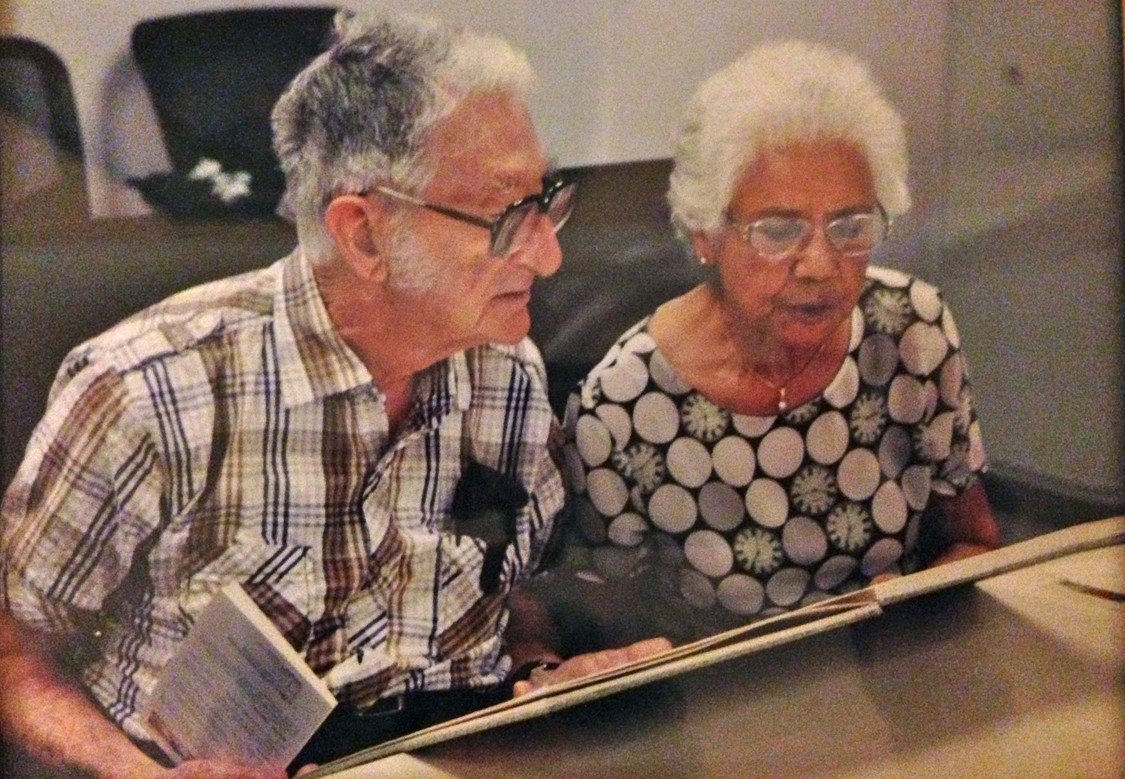 I’m devastated, staring at the words and willing them to be gone.

This was last week, after Ruqaiya Hasan, Emeritus Professor of Linguistics, Macquarie University, Sydney, passed away on June 24, suddenly and peacefully. Her husband Professor M.A.K. Halliday was by her side. Their work together from 1976 is considered "the most comprehensive analysis of cohesion in English" (Kerstin Anna Kunz, 2010). Even though she retired in 1994, she was always busy teaching around the world, giving talks attending conferences and writing.

Born in Pratapgarh, India, in 1931, Ruqaiya Hasan came to Pakistan in 1953 after having studied at Allahabad University. In Lahore, she taught at the Training College for Teachers of the Deaf, earning the money to do her MA from Government College Lahore. She then taught at Queen Mary College until a British Council scholarship got her to the UK. At the University of Edinburgh she completed a postgraduate diploma in applied linguistics and obtained her PhD in linguistics (1964).

In her career spanning over 50 years in linguistics, Dr. Hasan left a legacy that laid the foundation for ‘integrated sociolinguistics’. Language and social context always intrigued her. Her work from 2009, "Semantic variation: meaning in society and sociolinguistics", exhorts integrated socio-linguistics to make context an integral part of its framework and methodologies and effect "a deeper understanding of the relationship between language and society" (Hasan, 2009).

I close my eyes and images flood the mind. Meeting Ruqaiya Apa for the first time in Sydney in 2007, I was in awe. This was Dr. Ruqaiya Hasan, the famous linguist who had put Pakistan on the global map of linguistics! What would I talk about? I’ve been at home too long, what would I say that would be of interest to her?

Hearing the knock, telling the kids to behave and not be noisy around her, I went to get the door and was enveloped in a warm hug. "I am so glad to finally meet you!" she said. I saw a pair of twinkling eyes and a heartwarming smile.

By the end of the afternoon we had talked about recipes, Pakistan, raising children, the Parents and Citizen’s Association (at my children’s school), travels. She also enjoyed playing with the children and talking to them.

"Don’t be silly," she told me when I told them not to bother her with too many questions. "They are curious, it’s a good quality, one to be nurtured not curbed."

She patiently answered their million queries and became Ruqaiya Nani to them.

As the evening drew to a close, I found myself telling her all about the child with Selective Mutism I was working with. Listening to me and trying to help me come up with strategies, she asked why I wasn’t going for further studies.

"Nonsense!" she said emphatically. "You have an analytical mind and I can see you are a voracious reader. You’ll be fine."

We examined my collection of books and the talk turned to literature. She was happy to know I loved reading. We started swapping books and discussed them. She had a keen mind and I enjoyed her comments on the use of language and the way society was changing. We talked of the values that were sadly disappearing, of the marvels of technology and of the power of language.

Over time we met in Sydney, Hong Kong and Pakistan. We kept in touch via email and talked over the phone. I had just lost my mother and when I told her I still pick up the phone to call her, she gave me a hug and said next time you pick up that phone you call me! Ruqaiya Apa became a mother figure for me along with her younger sister Zakia Sarwar.

I went much later with my children and friend Danielle Gehrmann to spend a day with her and Michael in Manly, a suburb of Sydney. We had lunch, spent a delightful afternoon at the nearby beach and then headed to their apartment for coffee. I watched her and Michael work together to organise dessert and fuss over the kids. It was lovely to see them work in harmony. They seemed to know what the other wanted without having to speak.

She was a very positive and upbeat person and always encouraged people to try new things. For me she was an inspiration and a guide who believed in me at a time when my self-esteem was at the lowest. I loved spending time with her. She stood by me through a very difficult period of my life and made sure I knew she was there without ever forcing her presence. She was a person I was really sad to leave when I moved back from Sydney to Karachi.

I last saw her in Karachi at Zakia Apa’s place. It was soon after the annual international SPELT conference and was her usual witty self. And she hadn’t forgotten about my personal challenges. "I’m glad to see you and the kids happy and settled," she said. "I am very proud of the way you stood up to adversity and faced the challenges. Now you must study further. I want to conduct a course in linguistics in Pakistan and I would like you to help."

"Okay," I said, and gave her a goodbye hug, not knowing it was the last time I would see her.

The last month has been difficult. I heard of her illness -- in May she was diagnosed with advanced lung cancer -- and saw Zakia Apa trying to cope with the news. I lost my mother to lung cancer a few years ago and could understand the turmoil she was going through. We heard that Ruqaiya Apa was responding well to treatment and took hope. Then we heard of her condition sliding and were terrified. I am glad that her niece Beena was with her and that Zakia Apa made it and got to see her. In the end she went gracefully and quickly, without much suffering. I am sure that she would not have wanted it any other way.

Ruqaiya Hasan will be remembered for her amazingly bright mind. She will undoubtedly live on through her work and her great contribution to the field of Linguistics, but to me she will also live on as a mentor, an inspiration and a mother figure.

You are much loved and will be much missed. Rest in peace Ruqaiya Apa.

A professor, a mentor