Instead of raising and answering fundamental questions about purposes of education in our context, we have been borrowing heavily, and uncritically, the ideas produced elsewhere 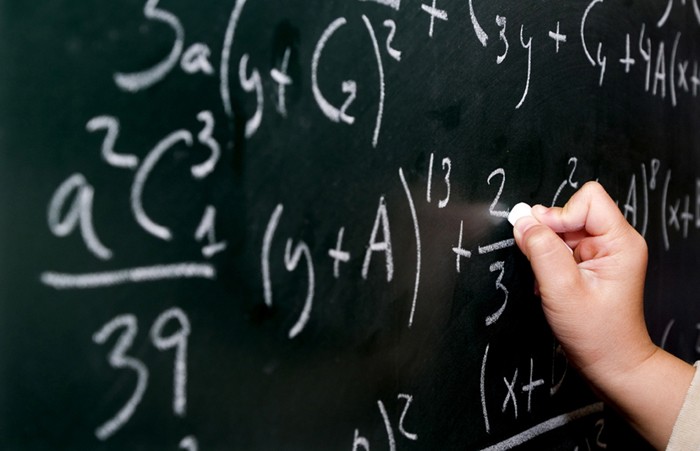 In Pakistan, however, it will be difficult to recall conversations on these important aspects of education. What we do see, however, is a proliferation of discussions on policy in the country. It seems there has been emerging a policy discourse in education in Pakistan much earlier than the education itself.

As suggested by its assumed title, the target of the policy discourse is policy itself. The questions it raises and attempts to resolve operate at the level of policies, programmes, and initiatives and their effectiveness in producing learning gains [or not]. But we must recognise that there exists another kind of discourse on education as well, which does not necessarily target education policy. Rather it digs deeper into the problems of Instruction, Curriculum, Assessment, and Education Policy from multiple perspectives.

Without denigrating the work of policy scientists, I wish to say that some of the most seminal contributions to educational thought and practice did not come from policy sciences but from other fields of intellectual endeavour. Consider, for example, a few who are well known among Pakistan’s educators: Benjamin Bloom, who developed the Taxonomy of Educational Objectives; Ralph Tyler, who crafted the Basic Principles of Curriculum and Instruction; and Jerome Bruner who wrote The Process of Education.

They, among numerous others, did not concern themselves with impact evaluations of educational policies and programmes. Rather, they raised larger questions about the purposes and methods of mass education. The contributions of these scholars, and many others like them, have been influential inasmuch as they have shaped the substantive nature of educational processes in the modern education systems. But we should also recognise that theirs have not been the last word in their respective domains. Their work has been hotly debated and contested within the vibrant intellectual space provided by graduate schools of education.

As a corollary to this, instead of raising and answering fundamental questions about purposes of education in our context, about the complexities of instruction and assessment, and also about the policies, we have been borrowing heavily, and uncritically, the ideas produced elsewhere.

As such the intellectual discourse on education in Pakistan is in an impoverished state, where we borrow and receive ideas a lot more than produce them. At the root of this intellectual poverty is the absence of vibrant schools of education.

The growing policy emphasis on student assessment is not matched by availability of professional preparation programmes. There is not a single school of education with a credible professional programme in assessment.

While the policy think tanks are growing in the not-for-profit sector, they are not designed to be multidisciplinary, and their funding trends encourage a narrow version of policy research. The think tanks can fill the gap of policy analysis and rigorous impact evaluations much more easily than create and sustain a dynamic intellectual environment capable of producing both education professionals and ideas. The latter can only happen at schools of education.

I experienced the borrowing of ideas and absence of debate first hand as a budding teacher and teacher educator in Pakistan in the 1990s. When I drifted into teacher education in 1995 after teaching at a local college in Lahore, I found myself bombarded by such notions as constructivist teaching and learning, teaching for understanding, child-centeredness, etc.

Half understood, but largely welcomed, these ideas were decontextualised and used without any reference to the context in which they were produced. As a teacher educator, I accepted them as secure descriptions of teaching and learning. But later my continuing education taught me that they were anything but secure. In fact, the Western academy was deeply divided about how to understand and practice teaching and learning.

John Dewey had lamented this education sectarianism in his book Child and Curriculum as early as 1905. His lamentations about educational sectarianism in America emerged from what he thought was a bogus separation between the child and the curriculum.

Dewey had talked about two "sects" of education who were fighting over the curriculum. In his words, one sect sought to "subdivide each topic into studies; each study into lessons; each lesson into specific facts and formulae. Let the child proceed step by step to master each one of these separate parts, and at last he will have covered the entire ground." For the other sect, the "child is the starting point, the center, and the end" (Dewey 1902).

While Dewey sought to collapse this binary distinction by claiming both child and curriculum as the two sides of the same coin, the sectarianism has remained well and alive throughout the rest of the 20th century. Please note the term curriculum here refers more to the primacy of existing knowledge in the education of a child. In simple terms, the curriculum supporters were of the view that the task of instruction was to disseminate the existing knowledge to children through direct instruction.

On the contrary, the advocates of child saw the task of teaching as providing the children with opportunities for the construction of their knowledge and facilitating them as they went about doing this.

The constructivist ideas streamed into Pakistan in the early 1990s in the wake of the wave of education reforms that followed the Jomtien Declaration of Education for All. Once in, they remained the mainstay of reforms in teacher education for the next decade or so.

What happened to these ideas more recently should be material for another column. Here I only wish to emphasise that schools of education in Pakistan were not prepared to debate and adapt these travelling education reform ideas.

The teacher education programmes uncritically made these ideas part of their curricula. In reality, both teacher educators and the teachers found it hard to practice constructivism because it required a radical overhaul of their assumptions about what constituted good teaching and what it meant to be a child and a learner. This overhaul was not possible without an informed debate, which required such spaces as could only be provided by schools of education.

Many of our assessment workers have been raised on a diet of Bloom Taxonomy of educational objectives that I have mentioned above. Ask any trained curriculum and assessment worker in Pakistan and s/he will rattle it out for you. Recently, when the government of Punjab decided to establish Punjab Examination Commission (PEC), the donors supporting this effort were more inclined to bring assessment consultants from Australia. The Australians have a homegrown taxonomy of educational objectives that they call SOLO (Structure of Observed Learning Outcomes). Needless to say, the SOLO taxonomy travelled with Australian consultants. When those trained in Bloom Taxonomy were retrained on SOLO taxonomy, the result was anything but clarity.

The PEC assessment item drafters ended up using both Bloom Taxonomy that the technical team was not quite willing to leave behind, and the SOLO Taxonomy that they were now required to use. The PEC would not have been swinging between Bloom and SOLO if we had a school of education, which was confidently preparing professionals and also researching the issues of assessment in Pakistan’s context.

Policy dialogues are good, and we should have more of them. But what we must also have are conversations on substantive aspects of education. The think tanks and the development sector will not be able to provide sustained spaces for these important conversations. Schools of education will need to take this responsibility. Can they and will they rise to the challenge?