Though electoral democracy is steadily taking roots in Pakistan, education has not yet assumed the attractive status of being a vote getter for politicians. The big question is how to bring education in the midst of politics? 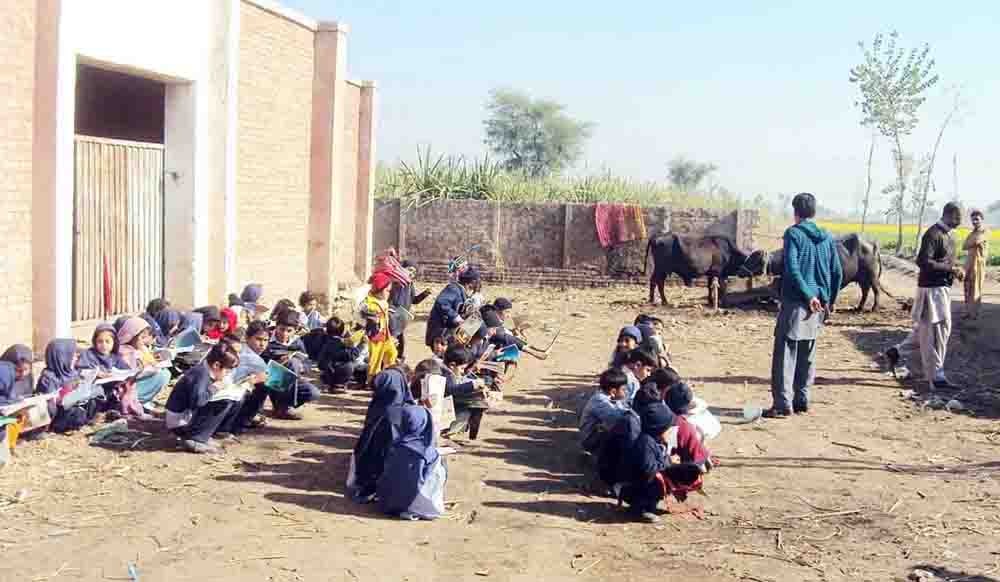 Mass education at the public expense can be good or bad, successful or failing, but never apolitical. While the economists of education may argue for or against a policy alternative on the basis of evidence, the decisions to adopt them are always taken in a political arena.

Education policy processes do not exhibit a linear progression from identifying a policy problem to finding the optimal solutions supported by evidence to formulating policies based on such evidence-based solutions to implementing such policies in letter and spirit. Policy almost never happens like this. I have taken up this topic in my last column and would like to keep developing this further in this.

Politics of education keeps trumping the economics of education. The decisions about the levels of public spending on education, or for that matter any other public service, are ultimately political in nature. Adequate financial resources must be secured, and spent appropriately for perpetual organisation and administration of education systems. However, decisions about allocations of resources are seldom taken on the basis of science, even if latter is used for their post hoc justification. Individuals and groups involved in policy-oriented education research often, and rightly, detest the absence of evidence-based policymaking. However, they must accept the primacy of politics over economics and recognise that their work should feed politics around education rather than support scientific decision-making.

Some researchers in political economy of education have argued that the policy elites, which is always a small group in most countries, may have a vested interest in blocking public spending on education. This is especially, and ironically, so because of the nature of education as a great social equaliser. If everyone in a society gets quality education of comparable quality and if the economy is not big enough to absorb the educated workforce than the children of elites in such a society are likely to be left worse off. A quality differential is helpful in maintaining the status quo. But this has been seen to change, as Ben W. Ansell argues compellingly in his book From the Ballot to the Blackboard: The Redistributive Political Economy of Education, all of this change with deepening of democracy.

This argument is not difficult to understand. Politicians, which are part and parcel of the policy elite, are driven by pursuit of political office that they aspire to acquire and hold as long as they can. This is the nature of political game and it remains the same regardless of the state of development of a society. But the political game is played differently in different societies. Typically, the game involves actions by the politicians to deploy enough resources to successfully compete against their rivals in their bid to acquire the political office. It boils down to securing the support of people who would eventually get them into the office. I will explain this a bit more in terms of the idea of selectorate.

The idea of selectorate advanced by Bueno de Mesquita and his colleagues in their book The Logic of Political Survival conceptualises active politicians as actors who do not want to let go off their privilege [in an autocracy] and their elected position [in a democracy].

Selectorate is defined as a set of people who have a say in choosing leaders and with a prospect of gaining access to special privileges doled out by them once they are chosen. The winning coalition is a sub-group within the selectorate "who maintain incumbents in office and in exchange receive special privileges" (p. xi). They argue that in the case of authoritarian states, the size of the selectorate and the winning coalition is too small. Thus what appears to be a bad policy from a rational standpoint is actually good politics inasmuch as it helps keep the incumbents in power. It is noteworthy that the size of selectorate and winning coalitions is much smaller in non-democracies.

The rise and deepening of democracy does not change the nature of political game inasmuch as it is about pursuit of power. But it changes the ways in which it is played. In democracies, the selectorate tends to coincide with the electorate. If the politicians must depend on the vote of the people to get into office, they tend to support the increase in public spending.

The policy elite, which is always a small group in most countries, may have a vested interest in blocking public spending on education.

The game would work for improvements in education only if politicians’ decisions to increase public spending on education would help them in their bid for the political office. Consider this in terms of a specific situation in which there is a block of money available to politicians to spend on education. How would they decide to allocate this money? Suppose this amount could be used to either start, say, a cadet college or upgrade the facilities in ten high schools. The benefit will likely to accrue to a small number of, mostly elite, households, in the case of former and to a large number of, mostly poor, households in the case of latter. So what must the politicians do? If the size of their selectorate is small, as is the case in autocratic societies, the odds are that they would favour the establishment of a cadet college. But if the selectorate becomes as large as the electorate, as is the case in a democracy, they would most likely go for improving public schools.

What is the game like in Pakistan? The electoral democracy is steadily taking roots here and the risks to it, although there, are receding. However, the politics of education seems to require a great deal of nurturing. That is to say, the education has not yet assumed the attractive status of being a vote getter for the politicians. The big question is how to bring education in the midst of politics.

Here I will briefly dwell on the potential role of the civil society in the deepening of democracy. In terms of the discussion we have been developing above, we will need to see if the civil society organisations can help in catalysing the politicisation of education. On the basis of anecdotal accounts and our experience, we know that the path to such change does not pass through chest beating advocacy campaigns by time bound projects.

We need to create a public space in which both politicians and public participate to make education into a political issue. We need to have groups of politicians working exclusively on developing education and making their work public. This public space can be propped up by time-bound projects but must be sustained in perpetuity. Unlike architectural structures that continue to exist beyond human actions that developed them in the first place, the public sphere depends on constant nurturing and action. It disappears when the action that produced it disappears. Time bound campaigns involve flashing appearance and disappearance of the public sphere in Pakistan.

The crux of the argument above can be stated in a few sentences. First, let us recognise that education is political and that politics of education trumps its economics most of the times. Second, we must also recognise that there is no straight path from education research and evidence produced through it to education policy. Third, politicians must always, and everywhere, play a game that involves doing what they must to acquire and hold the political office. Fourth, the time-bound advocacy campaigns to stir politicians and policymakers are unlikely to bear fruit.

Spaces and structures are needed to nurture a constructive politics of education. Such spaces will need to be constantly nurtured and must live much longer than the run of the mill advocacy campaigns. They should be sites of public debate on education. Public debates are by their very nature political debates. Education will be political soon as we will hear politicians debating it in public spaces.

It is with this discussion in the backdrop that we should happily welcome the establishment of National Caucus on Education in Islamabad last week. According to the media reports members of parliament and all provincial assemblies on Thursday formed the National Caucus on Education (NCE) to promote the cause of education in the country. Institute of Social and Policy Sciences in Islamabad provided the initial assistance to the lawmakers to set up NCE.

According to its founding lawmakers, the caucus would provide lawmakers with a forum to share their experiences of working as education champions in their respective areas. It envisions engagement with politicians as well as citizens.

In terms that I have offered above, the establishment of NCE is aligned with the recognition of education as a deeply political enterprise and is a potentially promising response to the need for a public space in which education can assume its status as a political issue. However, whether or not the NCE evolves into a permanent structure and a space for political debates on education in Pakistan remains to be seen.