East is East, this time in Karachi

Instep catches up with Nida Butt about her latest play, East is East, and what can be expected from the local adaptation of the British comedy that has cult status across the world. 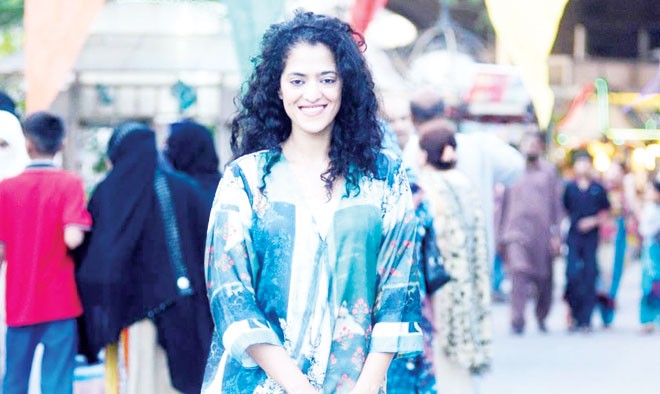 In a country where literature and the arts hang by a thread, perhaps one name has become synonymous with the revival of Pakistani theatre. Nida Butt and her school for music, arts and dance - or simply MAD – remains a bastion of the rebirth of theatre, culture and the arts. With successful initiatives like the Karachi Mubarak Festival and I Am Karachi campaign, one can possibly expect the city to perhaps embrace some light into the dark and rugged entity it has turned into!

Instep: This is your collaboration with Sunil Shankar of NAPA, which is known for its original plays. Why on the other hand do you prefer to do adaptations?

NB: This is not a collaboration with NAPA; this is a Made For Stage Production – MAD School’s theatre arm. I did ask Sunil Shankar to co-direct this with me, as I needed the extra support and since we were working on Karachi Mubarak Festival too. East is East is a collaborative project between MAD School and the I Am Karachi campaign. It is a licensed show and MFS obtained the official rights to stage it in Pakistan.

Instep: Do you feel that doing an adaptation is a bigger risk than an original play?

NB: Our theater industry isn’t ready for original scripts. We’re in our infancy stage still; it is a slow revival, very slow. You need scriptwriters who understand the stage and theater before they write. We don’t have very many here. I’m not averse to original scripts but as a producer I would need a very solid script before I invested in it.

Instep: People consider taking an internationally renowned play and presenting it as it is on stage is an ‘easy thing’ to do. What is your opinion about it?

NB: If it was so easy, other directors would have delved into the world of live musical theatre. Made for Stage remains the sole company experimenting in this rather niche genre. There’s a good reason for that. It’s not everyone’s cup of tea.

Instep: Given the fact that NAPA and other thespians are well versed in Urdu, would there be an Urdu language musical coming from MAD School?

NB: East is East is in Urdu. Faheem Azam has translated it into Urdu, and we have adapted it to a local context. This will be Made for Stage Productions’ second Urdu musical. Karachi the Musical was the first original Urdu musical we staged in 2012.

Instep: Where can one purchase tickets for the event and what can one expect from East is East?

NB: East is East runs daily at NAPA from June 5 to 17 with extra Sunday matinee shows at 3 pm. Tickets are available at MAD School, McDonalds & Aghas for the very affordable price of PKR 200.  We are distributing hundreds of tickets in under serviced communities as well. The I Am Karachi campaign wants to break barriers and revive the arts and Karachi’s public spaces too.

Instep: How is it going to be different from the cult-class film?

NB: The film is always a rip-off from the stage play and the British flick East is East is no different. Just remember the play has been adapted, so now we will meet the East is East family in Karachi, not Manchester. We have thrown in a music element with original music by Hamza Jafri.

Who knows what you should expect – you will need to come and find out for that. Surprise!

East is East, this time in Karachi