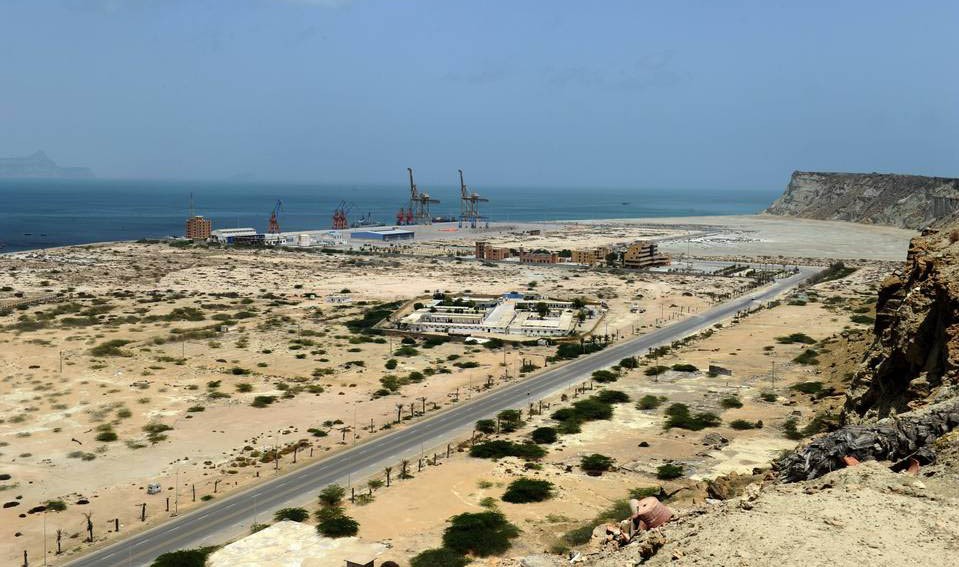 China-Pakistan Economic Corridor (CPEC) has for the last couple of months dominated every aspect of national debate -- from politics to economy to budgetary allocations to discourse on terrorist incidents in Pakistan.

When political parties were discussing the proposed routes, Jaish-ul-Hadeed, a splinter group of Pakistani Taliban sent a video to different news agencies. In the video, a Chinese cyclist and tourist Hong Xudong, who was kidnapped in May 2014 from Dera Ismail Khan, urges his government to get him released, and criticises the Pakistan government for not helping in this regard.

Jaish-ul-Hadeed, an unfamiliar name, might be a cover-up for the already known and familiar factions of Tehrik-e-Taliban Pakistan (TTP). When the tourist was kidnapped, two militants commanders, associated with the TTP-Shahryar Mehsud group, were found involved in this act, and their houses were raided, but the captive had been moved to the remote Waziristan.

This is not the first time that jihadi militants have targeted Chinese nationals. Before this, Chinese workers and engineers were targeted in Islamabad, Malakand, Lasbella and Gwadar by jihadis and Baloch militant groups.

For Baloch militant groups, China is Pakistan’s closest ally in the exploitation of natural resources and strategic development projects in Balochistan.

Jihadi organisations like al-Qaeda, various factions of TTP, Islamic Movement of Uzbekistan (IMU) and East Turkistan Islamic Movement (ETIM) accuse China of atrocities against Uighur Muslims in the Xinjiang province. Zia Ur Rehman, senior reporter, The News, referred to a video message by IMU militant leader Mufti Abu Zar al-Burmi last year, where he asked militant groups to target Chinese interests in the region by carrying out attacks on Chinese embassies and companies and kidnapping or killing Chinese nationals.

Owing to these security concerns, the formation of a sophisticated security apparatus is a major aspect of the CPEC. Security officials have announced that a Special Security Division (SSD) will be set up for provide security to Chinese workers, technicians and engineers. The new division having a strength of 10,000 to 12,000 personnel will comprise 9 army battalions, mostly from Special Services Group (SSG) of Pakistan army and 6 wings of civil armed forces, FC and Rangers. A two-star army general will head it.

For the same purpose, it is anticipated that the government will add Rs45 billion to the defense budget of Rs772 billion in 2015-16. The amount will cover the additional expenditures of both Zarb-e-Azb operation and raising the SSD to guard the CPEC.

Many high-ranking security officials and government representatives in the country are pointing fingers at Indian intelligence agency RAW in recent incidents of terrorism and are referring to a statement by the Indian minister about retaliatory terrorism. It is yet to be known whether these allegations are backed with evidence or is that another expression of those tit-for-tat responses between the two states. Reservations expressed by Indian officials regarding CPEC route through Gilgit-Baltistan have provided enough fodder to the speculators on this side of the divide.

Unabated violence has hindered progress in Balochistan. Baloch militants have targeted labourers from other provinces working on developmental projects and have vowed to attack anyone that facilitates the state-run development initiatives.

The CPEC is likely to attract labourers from different parts of the country. Perhaps, the way out is to accommodate local labourers in the development projects, and facilitate them by providing training.

The killings of Hazaras or Shia pilgrims on their way to Iran have not been curtailed, despite the deployment of FC in the province for many years. Sectarian elements have increased their influence along the coastlines and areas bordering Iran. Their incursions in Iran have given rise to border skirmishes and violations from the Iranian security forces. Due to their close ideological links with al-Qaeda and Taliban, and a history of joint terrorist acts, these extremist elements can be a threat to the Chinese.

On the other hand, the coastline of Balochistan and the road from various parts of Balochistan to bordering districts of Sindh, Fata and Khyber-Pakhtunkhwa have been frequently used for illicit trade of oil, narcotics, drugs and other goods from Iran and Afghanistan. The illicit trade is a major monetary resource for the militant factions. Different Baloch armed groups have accused each other of abetting different gangs involved in the illicit trade. Though law enforcement agencies have not been spared of such allegations as the lucrative business of smuggling Iranian petrol and diesel cannot be continued on a larger scale without the help from LEAs officials.

The CPEC-specific security may protect the Chinese workers but encourage local militants to go after soft targets, thus giving rise to more violence and mayhem. It will be better to look into the decades old history of the unrest in the province, as genuine grievances by the local population regarding their say in these projects of strategic nature cannot be brushed aside by associating them with external elements.