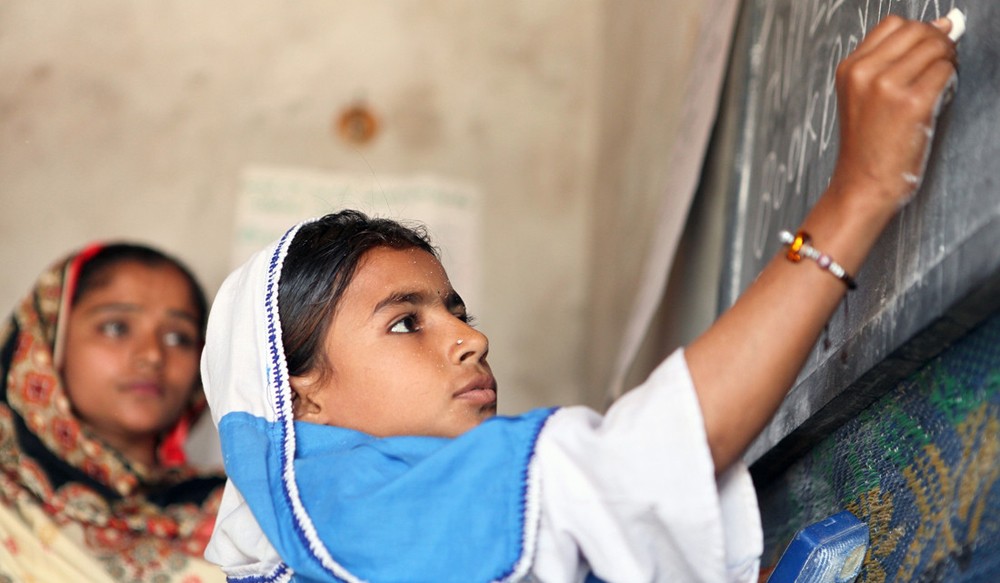 Change and reform are always deeply political. As the history of education reforms tell us, the reformers ignore the political dimension of reform only at their peril. Below, I will give you a few examples of reforms that failed due to lack of attention to political engagement with the stakeholders. This is the first among a few articles in which I will attempt to examine some initiatives in education policy in Pakistan by looking at the degree to which they attend to both political and technical aspects of policymaking and implementation.

Let me begin with an example of a reform initiative from recent past in Punjab. In April 2002, the government of Punjab replaced the system of formal yearly examinations with what was called Internal Assessment System (IAS). IAS was introduced together with a no pass /no fail policy. Prior to this policy, students who did not get a passing score repeated the class. The IAS policy required the teachers to continuously assess students’ learning achievements. It also provided specific guidelines on how this was to do be done.

However, the policymakers assumed that line departments and teachers will automatically understand the merits of the IAS and will wholeheartedly welcome its introduction. The policy was enforced in a "high-handed" manner. It was not adequately debated and had little ownership amongst the stakeholders at all levels.

It was widely perceived as resulting from the influence of a few individuals. Its implementation elicited rebuke from the teachers and head teachers. As one official who served in the education department at the time of implementation of IAS told me once, "When the Punjab government declared the no pass/no fail policy right up to the secondary school, the teachers were mad at the government."

Some…are beginning to recognise the vital importance of factoring both technical and political elements in the design and implementation of educational change.

Such reforms have short lives and typically end with the transfers of their individual champions. The fortunes of IAS also began to plummet as soon as the secretary who had supported the introduction of IAS was replaced. The new establishment increasingly saw the policy as an inherited problem. Exactly one year after its introduction, the government of Punjab constituted a committee to review the ‘effectiveness and suitability’ of IAS. The policy was abandoned and formal examinations on completion of grades 5 and 8 were restarted.

This process culminated into development of Punjab Examination Commission (PEC). IAS failed because it did not seek to develop consensus, ownership, and capacity among people who were to implement it. Development of consensus and ownership requires a combination of technical and political engagement with people, while development of capacity is largely a technical process.

Another example of a technically excellent policy that failed due to inadequate attention to political economy of reforms is B.Ed. (Honors) Elementary, a four-year long pre-service teacher education programme that was started in selected faculties of education across the country in 2010. I have discussed this initiative in an earlier article as well.

This programme of comprehensive initial teacher preparation was started by HEC and also supported by the USAID Teacher Education Project for about four years. B.Ed. (Honors) Elementary was designed as a balanced blend of a set of core courses in general education, foundation courses in education, professional pedagogy courses, a sequence of supervised field experiences/internships in schools, and content courses to develop subject-matter proficiency in at least two disciplines. But regardless of their claims to technical excellence, the reforms such as B.Ed. (Honors) elementary have economic and political implications. B.Ed. (Honors) elementary demanded the prospective teachers to invest four years of their lives to an undergraduate programme in education. The private returns to this investment were, however, uncertain.

It should have been clear as the daylight to those who installed the B.Ed. (Honors) programme in the faculties of education that its success depended on development of an appropriate structure of incentives. Such a structure of incentive should have involved, at a minimum, similar employment opportunities as are available to the graduates from the professional education programmes in other fields. But the service rules in Punjab did not prefer graduates of this programme to those from any other initial teacher preparation programmes. As a results, alternative teacher education courses, which were of much shorter duration, remained in high demand in the marketplace of teacher education.

Given its larger duration, the B.Ed. (Honors) could only be sustained over a short timeframe by promising monthly stipends to the prospective students. These stipends were made possible with financial support from the USAID, and were, therefore, inherently unsustainable. In fact, such stipend provision, unless the provincial governments guarantee its continuation, is an example of the ways in which the donor support can blind the stakeholders from the political and economic realities of reforms.

Development of a structure of incentives -- such as changes in the service rules and provision of financial support to students -- results from a political engagement with the system. Changes in the service rules can have implication for the employment of graduates from other programmes as it can limit their chances of becoming a teacher. While professional consideration might work in favour of preferring graduates from teacher education programmes to those from other programmes, equity considerations may work against such proposals.

These competing considerations imply that the costs and benefits of starting new programmes should be thoroughly studied and debated. Policies and programmes to improve teacher education should have resulted from such debates instead of being decreed from the top. In the absence of such engagement many a technically superior reform initiatives disappear after dazzling their observers for a short time.

Historians of education have pointed out the costs of ignoring the political aspects of reforms in different contexts. In their classic work on the history of education reforms, Tinkering Towards Utopia: A Century of Public School Reform, Historians David Tyack and Larry Cuban, have investigated why it has been difficult to introduce changes in the institutional format of schooling in the United States.

They point out that all attempts to radically change the nature of practices at schools ultimately fail, making the reforms happen in ‘cycles’. They argue that most reform initiatives ignore the political difficulties involved in changing a given system. The reformers appear to be overzealous and confident. The usual path to reforms begins with lamentations about what is wrong with the existing system, rather than a thorough engagement with it to understand it in its complexity.

The reform, they suggest, must improve the system from bottom up or inside out rather than being decreed from the above. Improvement does not happen at once, but rather, as Tyack and Cuban suggest, it involves tinkering toward the utopia.

Some individuals and organisations seeking positive change in education in Pakistan are beginning to recognise the vital importance of factoring both technical and political elements in the design and implementation of educational change. This issue was also taken up about three months ago in a one-day conference organised by the Pakistani diaspora at the University of California Berkeley, to deliberate on the state of education reforms in Pakistan.

The US chapter of The Citizens Foundation, Institute for South Asia Studies, and Berkeley Pakistan Initiative jointly sponsored this event [The proceedings of the conference are available here]. The need to balance the technical and political aspects of reforms was raised compellingly by Dr Salman Humayun of the Institute of Social and Policy Sciences (I-SAPS). He also provided some concrete ideas from the work done at the I-SAPS, which involved the use of interventions to stimulate political debate on school reforms within the political constituencies. Such work is innovative inasmuch as it recognises the primacy of working with the political actors to clear the space for technically sound reforms.

In a subsequent article, I hope to offer a description and analysis of some of these initiatives in terms of the extent to which they are able to push the political debate for the benefit of positive change in education.