Institutional regress, state and us

In the last 60 years, lack of accountability and hence reforms of key institutions have caused a rot. One way out is to increase the role of society to manage some of the critical functions that the state and government are performing badly 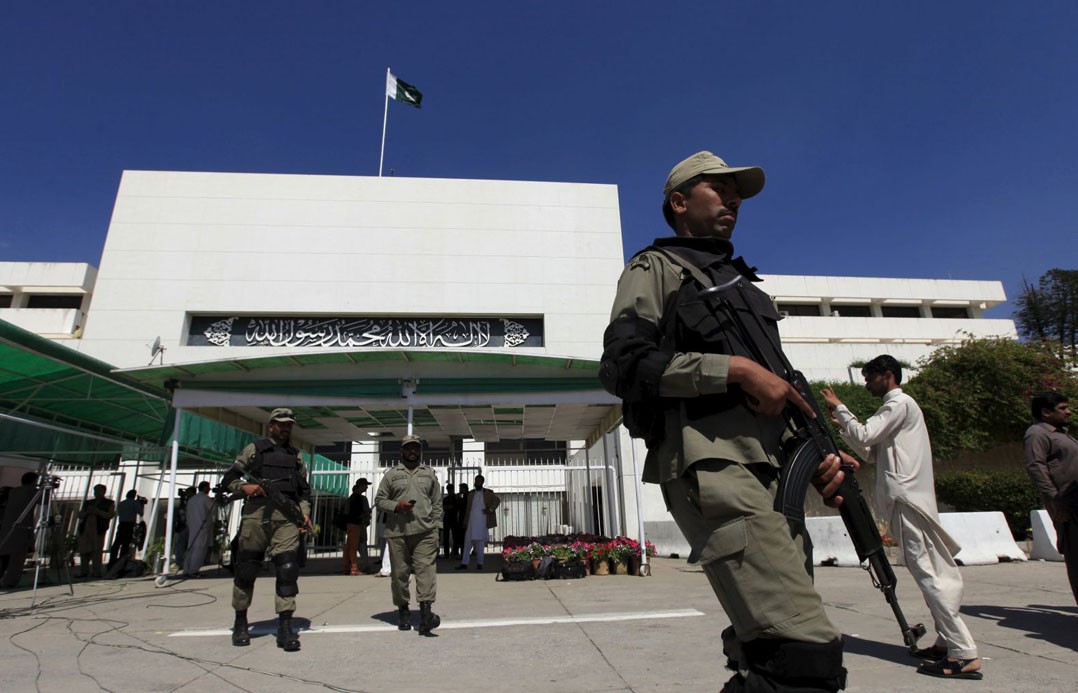 The News on Sunday’s special report last week ‘What Must the State Do’ was a delightful tapestry of analyses and insights. It prompted one to add a few aspects of the problem, and suggest a new avenue of inter-elite negotiations towards the solution.

The multiplex of problems of state in Pakistan can be equated with a half ajar door that is stuck because of an obvious discordant between the three hinges it is resting on. A harmonious movement of hinges can make the door swing wide open for all citizens. Right now, only those with particular permits are entitled to let in. The rest are consistently and constantly filtered and kept out.

The hinges are: a colonial legacy which is conserved with reverence and is continuing with awe; a self-serving elite mandated to run the state to promote and safeguard collective interest but whose not-so-hidden self-interest hampers its pursuit of collective interest; and inadequate participation of the populace in the process of decision-making that affect our lives.

The colonial legacy is evident in the structures, symbols and rules of the state. The self-serving elite is spearheading the key institutions of the state (bureaucracy, judiciary, army, police and tax collection); and inadequate participation of the populace reveals itself in the conspicuous absence of local representative governments.

This article builds its argument on a generic definition of ‘state’ as "a set of institutions a society gives to itself". This definition has three assumptions. One, society has a say in forming, reforming or rescinding the institutions that embody state. Two, institutions are competent in dispensing assigned responsibilities and are open to accountability to society (through society’s legitimate representatives) and thus compelled to serve in line with the needs and aspirations of the society or at least the majority in the society. And three, society in general is aware of these assumptions, and is engaged to support and question the institutions.

None of these holds ground in the case of Pakistan. Here the state institutions are not accountable to anyone but their own leadership (recent examples are judiciary under Justice Iftikhar Chaudhary, and military under Gen. Musharraf). They, particularly the army supported by judiciary and assisted by civil bureaucracy, smartly institute a political proxy (recent examples the MMA, the PML-Q et al) which in reality is dependent on the institutional elites but is projected as a constitutional entity to whom the institutions are ‘accountable’.

How did this come to happen?

The state was quietly captured by the institutional elite and a new, postcolonial social contract between the state and citizens did not occur in the formative years. For that, partly the post-partition political elite is to be blamed. The migrant leadership of Pakistan movement did not allow democracy to deepen because, it seems, they felt they did not have a local constituency, and could be out-voted by allegedly parochial and potentially popular politicians (Bengalis, Punjabis, Sindhis, Pashtuns et al).

The migrant leadership of Pakistan movement did not allow democracy to deepen because they felt they did not have a local constituency, and could be out-voted by allegedly parochial and potentially popular politicians.

Thus the requisite post-colonisation of the state in Pakistan which follows a political negotiation never occurred as the key institutions of our state remained colonial -- structurally, symbolically, and in spirit. They continued treating the new "citizens" as old "subjects". The only change in the formative years was the change of elite from popular-political to powerful-institutional. The peri-elite of landed, industrial and business types quickly adjusted to this change, as institutional elite smartly (and coercively) co-opted them as a first step towards eventual "popular support".

In the formative years, the migrant political elite held the show briefly but as more powerful individuals in the group (Messrs. Jinnah, Liaquat Ali Khan, Suhrawardy, Nazimuddin and others) started leaving the party (or more aptly were made to leave the party) the institutional elite completed the takeover.

In democracy, the so called "popular choice" allows elected elite to run the state. In Pakistan, an artificially-designed popularity replaced the popular choice. The institutionalisation of democratic popularity embeds in deeper democracy which is the function of frequent and regular democratic practice. The popular appeal comes from middle classes’ endorsement of a forced change that is managed through media hypes (in contemporary lingo, by setting an "essentialist narrative").

The Pakistan Movement elite failed only on two accounts. One, it did not embrace the socio-cultural and hence political diversity of Pakistan and tried to enforce falsely-assumed homogeneity by invoking a sub-identity of faith, against the primary identities of language, location and culture. Two, it did not let the polity have democratic roots which became hanging shrubs that opted not to become rooted plants.

The deeply-entrenched colonial legacy evidently manifests in a distrust a state institution has in its citizens. It is the biggest and perhaps the only crevasse dividing the elites and citizens, the state and society.

The inadequate and democratically-speaking selective participation of the urban middle classes in the reform is a hurdle. As a result, formal law as an arm of the elite to rule by ‘legal’ use of coercion and violence has selective application and porous results. The so-called democratic representation is both vicarious and exclusive of the interests of minority and powerless.

The sidelined groups in the society have formed their own spaces and practices which are, at times, defiant and clash with the formal. The formal thus is adversarial with the informal. But both formal and informal collude against the powerless.

The state’s basic job is to provide easy and speedy justice, safety and security, gainful opportunity, and indiscriminate respect and dignity of equal citizenship to all. We have none. Governments need to provide basic services effectively funded by efficient tax collection, generate wealth and ensure redistribution. That is not happening either.

In the last 60 years, lack of accountability and hence reforms of key institutions have caused a rot called institutional regress. The things these institutions were assigned to do have been worsened by the same institutions -- justice by judiciary, safety by police, security by army, public policy and service delivery by bureaucracy, and constitution by politicians.

One way out is to increase the role of society to manage some of the critical functions that the state and government are performing badly: like education, exercise of coercion, use of violence, rehabilitation of the devious and compensating the aggrieved.

To achieve that, negotiation between various elites is the best bet. The marginalised elite (you and I who can write and understand this piece) must be overtly political and help negotiate the reform of institutions. The basic principle being that we are all equal citizens, equal at birth, and must be treated equal till death.

Protest is the beginning of negotiation between the unequals. A mishandled beginning turns into a riot, but a well-planned protest leads to ‘talks’. Let’s talk and negotiate a revolution!

Institutional regress, state and us