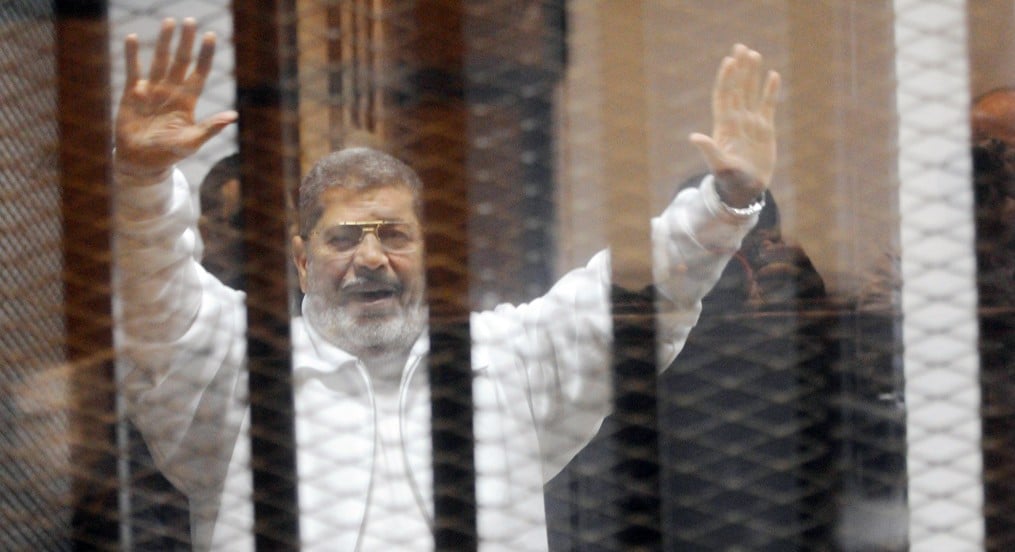 The recent death sentence awarded to former Egyptian president, Mohamed Morsi, along with around hundreds of companions, by the country’s court -- on charges of fleeing prison during the popular uprising in 2011 -- would unleash a new wave of violence across the country. It may also compel many radical groups across the Muslim world to revisit their strategy in their struggle to achieve their largely political objectives.

Morsi and his henchmen may evade death penalty as there are several chances of appeal available to the convicts. As the final authority to give a go ahead to execution or commute the sentence into life imprisonment or suspend it altogether rests with Egyptian President Abdel Fattah al-Sisi, he may use his power as a bargaining chip to ask Morsi to disband the Muslim Brotherhood and renounce politics. In either case, whether Morsi and cohorts are executed or are forced to give up politics as a quid-pro-quo to save their skins, violence by the Muslim extremist groups is most likely to increase.

In fact, violence started within hours of the court’s verdict as suspected Brotherhood militants killed three judges in the restive Senai region.

According to the political wing of the Brotherhood, Freedom and Justice Party, the conviction "is political and opened all options to rid the country of this gang (while alluding to the military), which seized power by force". The very words "opened all options" here primarily means violence. The group has already exhausted political means to defy the country’s strong military and its agitprop has also largely failed to compel the military-dominated government to make concessions and provide space to the group.

A very critical aspect of the conviction of Morsi is the total frustration of the Brotherhood with the country’s political system. It may be mentioned that unlike other Islamist groups which mostly reject democratic politics, the Brotherhood has been a believer in the "process".

Consequently, it was able to win the elections and Morsi became the first-ever elected president. However, the manner in which Morsi was ousted from power one year into his government increased the frustration of Brotherhood in particular and other Muslim fundamentalist groups around the world in general.

Morsi’s conviction must have sent across a strong message to the radical Muslim outfits -- that they cannot attain political power by taking part in democratic elections. This could be the likely consequence because the Muslim Brotherhood or Ikhwan-ul-Muslimun is one of the earliest formed political Islamist and Pan-Islamist movements of modern era. The sentencing of about 70 Palestinians along with Morsi by the Egyptian court and the simultaneous sentencing of 16 people to death by another Egyptian court in an espionage case in which Morsi and other Brotherhood leaders were accused of conspiring with foreign armed groups, including Hamas and the Lebanese group Hezbollah, speaks volumes for the Pan-Islamic nature and thus influence of the Brotherhood.

The Muslim Brotherhood, it may be recalled, was formed by Hassan al Banna, an Egyptian schoolteacher, in 1928. He argued that the present sordid state of affairs of the Muslim world was due to Western influences and there was a need for a revival and reawakening movement among the Muslims. The Brotherhood based its strategy on political activism and charity work. Many Muslim clerics across the Muslim world got influenced by Banna’s model including Abul Ala Maududi, who formed Jamaat-e-Islami in 1941.

The frustration of these political Islamist groups with the western democratic system has a long history. Through this political process in which only the majority party or parties have the right to form government, Muslim fundamentalist groups generally have failed to rally a majority of people resulting in their failure to win elections.

Sensing this change in masses’ thinking, some radical Muslim parties changed their slogans and based their political arguments on worldly issues. In this regard, Turkey’s Justice and Development Party is a case in point which even succeeded to win elections after reforming its agenda. It also presented a new model for Muslim fundamentalist parties in other countries.

Despite excessive demagoguery of Jamaat-e-Islami, its Ameer Siraj-ul-Haq made bread and butter the core of his political arguments, indicating a change in the slogans and tactics of radical Muslim parties.

Glossing over their own shortcomings, it would be very difficult for most of the radical Muslim groups to have faith in the political systems of their respective states and to continue with peaceful political struggle. In 1991, when Algeria’s fundamentalist Muslim party, Islamic Salvation Front (French Front Islamique du Salut), won elections and was poised to form government, it was stopped by the US-backed establishment of the country to get political power. This greatly annoyed fundamentalist parties across the Muslim world and increased their disenchantment with the western democracy.

After the conviction of Morsi in Egypt, whatever little faith the radical parties had had in the western democracy may vanish altogether.