What must the state do 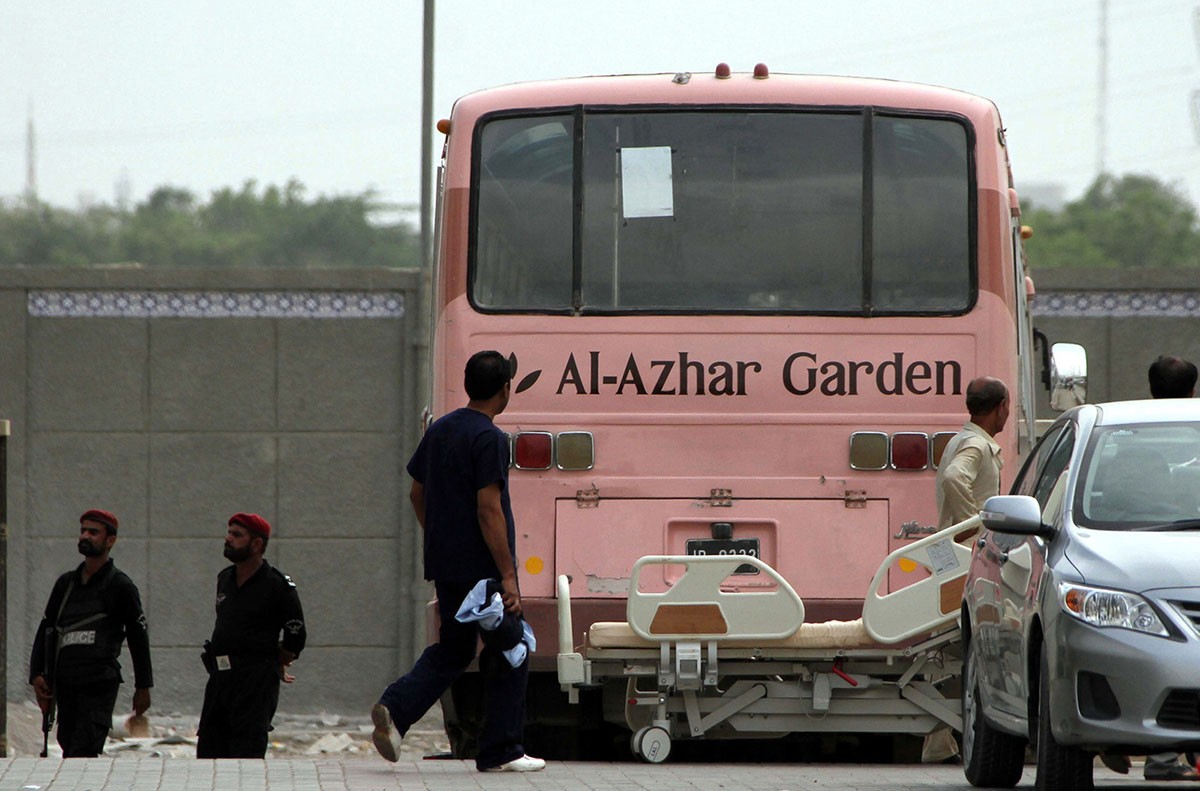 The state of Pakistan is in doldrums. On this point, there is a complete consensus among all sections of society. Even the custodians of power do not dispute the popular verdict. But there is little agreement on how the state can be reclaimed, made into an efficient apparatus geared to serve public interest.

The moment we talk of reclaiming the state we are confronted with the question: What state are we wanting to reclaim? The question is further complicated by the realisation that the people of this country failed to create a state that they were required to do in 1947. They made the huge mistake of accepting the arrangement made by the British to administer their colony as the state of Pakistan. Anyone who calls for reviving the state as it was in 1948 will only invite derisive laughter.

Our efforts at state-making did not bear wholesome fruit. The state model chosen by us -- a federation managed by a parliamentary system of government -- ran into trouble from day one. The viceregal system of rule, inherited from the British and kept in force and consolidated over nine years (1947-1956), had no room for the federal idea; thus, the state followed the unitary form of government till 1973 and the powers that be have allowed it only a few characteristics of a federation in small installments over the past 42 years.

The plan to establish a parliamentary democracy has not fared any better. Democratic institutions have been at the sufferance of the civil-military bureaucratic alliance and the governments to this day have never really put their faith in the parliamentary system, which implies parliament’s supremacy, rule of cabinet that is collectively answerable to the parliament, and reasonable space for intervention by political parties and civil society organisations.

The task, therefore, is reclaiming a state that has existed only in theory. Besides, we should have realised that the concept of a democratic state does not accord with our social structure and our feudal culture. If we cannot erase inequalities on the basis of belief, gender, and socio-economic status, our culture will continue to make democratic consolidation extremely slow and difficult, if not altogether impossible.

Further, our persistence with a spurious democracy has unavoidably resulted in poor governance and that has alienated the people from democracy and the state both. Bad governance has also given rise to two alternatives to democratic state -- one a praetorian state, that we experimented with four times (Ayub regime 1958-1869, Yahya regime (1969-1971), Zia regime (1977-1988) and Musharraf regime (1997-2008), and a theocratic state, that is on the agenda of extremist militants and their cohorts operating as religious political outfits.

The challenge from the religious extremists will be harder to meet. Waywardness over decades has undermined the democratic forces’ capacity to fight regression that is justified in the name of belief.

It has often been suggested that the people of Pakistan should have a new social contract, that is, they should redefine the state or have a new constitution. The trouble is that preparing a new social contract in a multi-national, highly stratified, and fragmented society such as Pakistan has become is a Herculean task. The country does not have the resources, nor does it have time, to try to harmonise the diverse interests into a new wholesome consensus. The 18th Amendment was an eye-opener; it only meant working for a maximum possible compromise though that left quite a few parties unsatisfied.

Besides, is it possible to discard the ideal of a federation? Certainly not. Pakistan has paid a heavy price for deviating from its federal premises, and it can survive only as a federation. Likewise, we are stuck with the system of parliamentary democracy. With all its faults, this is the only system our people are familiar with; and this is the only form that is easily compatible with a federation.

Also read: "The state has made its geostrategic location a source of revenue" -- Nauman Naqvi

Thus, reclaiming the state demands removal of obstacles to the establishment of a functional democracy, that is, promoting a culture of democracy by removing the socio-economic causes of inequality on the basis of belief, gender and social status. In plain words, land reforms, removal of discrimination on the grounds of belief and gender, and due respect for the rights of peasants and workers are essential mile-posts on the route to the people’s democratic destiny.

However, it will be necessary to ensure that progress towards the creation of a democratic state is not hampered by the proponents/partisans of a praetorian or a theocratic state. Despite the assurances of the Supreme Court that it has made a relapse into authoritarianism impossible, Pakistan is manifestly vulnerable to take-over by the military establishment, not only covertly but also overtly.

The only safeguard can be effective devolution of power so as to ensure that any disruption of democratic order will involve taking power away from hundreds of thousand people and not merely a few hundred parliamentarians. It will also be necessary to turn the political parties from moribund, family-based coteries into dynamic organisations capable of permitting flow of ideas from cadres to leadership and not only in the reverse direction.

Don’t miss: "On its own, no military can deal with political problems" -- Ejaz Haider

The challenge from the religious extremists will be harder to meet. Waywardness over decades has undermined the democratic forces’ capacity to fight regression that is justified in the name of belief. If two decades ago the issue was determination of the role of religion in politics, today the question is which of the several versions of religion should guide the people of Pakistan.

The theocratic forces are now challenging the state with the strength of arms and the state is making the mistake of answering violence with violence. This is a recipe for disaster. The state must regain the moral ground by discarding force/violence as the only means of buying citizens’ loyalty.

The state must also start pulling away from models that are being offered under religious labels. A three-pronged strategy might still work. First, good governance is needed not only as a people’s right but also as a means to keep the religious extremists at bay. Secondly, all forms of faith-based discrimination must be eliminated. And, thirdly, the monopoly of the most conservative elements over religious discourse should be abolished.

In short, Pakistan’s only way out of the multi-dimensional crisis lies through reinforcement of the democratic and federal assumptions of the state structure.

What must the state do