Extraordinary election in the UK

Election results in the UK shocked most political observers 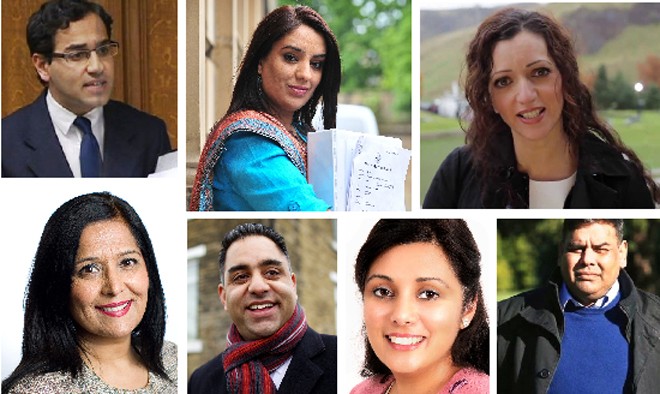 In a major development signifying the positive engagement of British Muslim communities in the electoral and democratic system of the world’s oldest democracy, a record of 13 Muslim MPs, up from eight in 2010, have been elected to the House of Commons. Of those elected, a record eight MPs are women.

The most startling victory was registered by Naz Shah, who defeated seasoned politician and MP George Galloway, by a huge margin of well over 11,000 votes, defying predictions and speculations that she will be defeated. Her victory made headlines also because she comes from a traumatised Pakistani background. She spent initial years of her life in Mirpur, Azad Kashmir, and Pakistani cities and has been frequently going back but her story is remarkable in the sense that her mother had killed her father and Naz then devoted her life campaigning for the release of her mother and fighting for other women from disadvantaged backgrounds.

She was victimised throughout the campaign and mud was thrown at her but in the end she prevailed. "I won because I am truthful and proud of who I am -- what I have made out of my circumstances. I am thankful to all the communities who trusted me and voted for me and defeated hate preaching," she told TNS.

Tasmina Ahmed Sheikh won from Scotland for the Scottish National Party. A former Pakistani TV actress and lawyer by profession, Tasmina told TNS her acting background for the Pakistani screen, helped her a great deal in gaining confidence and rising swiftly in politics. "I am thankful especially to my husband and kids who supported me so much and encouraged me to throw hat into the ring. It’s unbelievable that I was getting hundreds of calls prior to election day from Pakistan, with people wishing me and praying for me. I have a huge task ahead of addressing the issues of inequality and poverty."

The entry of so many women MPs into the parliament was made possible only after Labour Party imposed ‘women only shortlists’ in seats where it was sure that Labour candidate will win. Otherwise, it would have been mostly men who would have won.

Former governor Punjab Chaudhary Muhammad Sarwar’s son Anas Sarwar lost his seat to the SNP in Glasgow Central. A brilliant orator and campaigner, Anas Sarwar was seen as the rising star in British politics but he lost to the SNP tide that swept across Scotland and wiped off Labour Party which dominated the Scottish landscape for many decades. Sarwar’s defeat will be felt not only in the Pakistani community but in the British politics as he was one of the most competent and promising politicians. He has however said that he will continue his campaign and will get on with his politics with full vigour.

"Loss in election doesn’t mean loss of values, vision and ambitions. We have huge challenges ahead and I will continue to campaign for social justice, equality and end of poverty at all levels. I will always be there for good causes and will provide voice to those whose voices are ignored. We will reorganise and rebuild and will try our best to deliver the masses," he told TNS.

The entry of so many women MPs into the parliament was made possible only after Labour Party imposed ‘women only shortlists’ in seats where it was sure that Labour candidate will win. Otherwise, it would have been mostly men who would have won. While this decision of the Labour has won criticism from several quarters, the party said that it wanted to promote women in politics and it was important to impose such measures.

Election results in the UK shocked many political observers and the whole world. It was widely predicted that the election will throw up a hung parliament and in the end it will be a coliation government. It was predicted that the next government will be formed by Labour Party in alliance with the Scottish National Party or a government led by Labour in alliance with 3-4 smaller parties. But the Conservative Party successfully exploited the fear factor and was able to convince the English voters that a vote for Labour Party will be a vote for the SNP, which is seen in England as highly nationalistic aiming eventually to make Scotland an independent country.

The Conservatives also benefited from the recent oil price drop. Although the phenomenon was global, it helped the UK economy and in the last 3 years thousands of jobs were created. But it was the Scottish nationalist factor that helped Tories win with a landslide that it never dreamt it will receive. The results shocked the Conservatives who thought they will get around 280 seats and will need help from Liberal Democrats or even SNP to pass the magic number of 326 but they were shocked that they easily won simple majority.

This kind of victory is worrying for the country though. The Conservatives are now less accountable and already the ministers are waving the axe of austerity measures which will hit the poor and working class communities the hardest. Already, the Tories have introduced cuts across all departments and poverty for the already poor people has increased and the hardest hit have been ethnic minorities and working class English communities who are reeling under the effects of cuts engineered by a government that comprises of the most affluent members of the cabinet who have never seen what its like to be poor. Be it the police, courts, legal services, children welfare and education, the effects of Tory cuts are having devastating effects.

The victory of Tories with such a huge margin is worrying as they will get on with the agenda of the so called austerity measures with vengeance and a weak opposition will not be able to defend the most vulnerable communities.

The election results in the world’s oldest democracy have been good for a snob party, the super rich and the big businesses but for democracy itself and the working class the worrying times have only begun.

Extraordinary election in the UK