What it means to be a Shia in Pakistan

So if you want to give Shias and other minorities in Pakistan hope, this is how you can start… 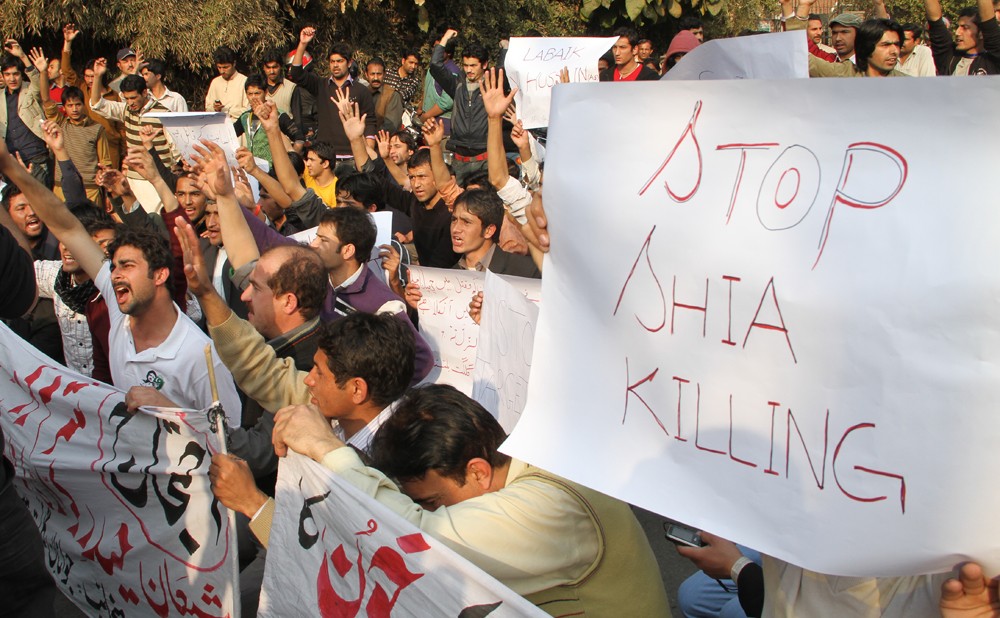 It was like any ordinary evening in Abbottabad. A bunch of us gathered in the local park to play cricket as we usually did in the evenings. I was a skinny 11-year-old who got along with almost everyone. We lived in an army cantonment so there were always new kids joining us to play, and that evening three brothers asked to play with us. They wore kurta-shalwar, with the latter ending just above the ankle, and prayer caps on their heads. Their family had recently moved to Abbottabad and one of their neighbours invited them to come and play with us.

The teams were chosen and the match started. An over or two was bowled when a few kids decided to stop the match abruptly. I was fielding close to the bowler as I saw four kids along with the three brothers walk towards me. Suddenly I was surrounded and I had no idea what was about to happen. It was probably a disagreement on bowling or fielding positions, I thought. Then one of them asked me "Kia tum Shia ho?" [Are you Shia?]

I replied in the affirmative, half wondering if that is what I should have done? Then a barrage of questions came my way, from "Do you believe in the Prophet Mohammad?" to "Do Shias even say their namaz?" to "Do you believe the three Caliphs before Ali were kafirs?"

The questions finally ended when I was told to recite the Kalma. I was informed that if I got this part right, I could play on. That evening, surrounded by kids whom I had considered to be my friends, a strange fear came over me. For the first time, I felt like an outsider amongst my own.

All I had to do was to get the Kalma right. So I recited the only Kalma that I knew, which luckily for me was accepted by the three brothers. I had passed their test and we went back to playing cricket.

I was born a Shia in a country where at times I was made to feel different because of the sect into which I was born. I have been asked to stop praying at Sunni mosques. I have been bullied multiple times because I was a Shia and, in their eyes, a kafir.

If you have children, teach them to stand up for any kids who are being belittled, or worse bullied, in their school on the basis of their sect.

In spite of all this, I consider myself to be one of the lucky ones. I grew up in a fairly safe environment in a middle class family. At least I wasn’t dragged out of a bus and shot for being a Shia. At least I wasn’t blown up in an Imam Bargah during Muharram. What I faced wasn’t at all at the level that the Hazaras or Ismailis or the countless dead Shias in Pakistan have faced. I am one of the fortunate Shias and for that I am very grateful.

Still, what I grew up with has defined for me how it feels to be a Shia in Pakistan.

Being a Shia in Pakistan is a very lonely exercise. When you’re a minority, you try to justify the ills of society. You tell yourself that the insulting graffiti, the few hostile Jumma sermons, the anti Shia rhetoric during Muharram and the rest of the year, is all a result of a few, not the many. So you give everyone the benefit of doubt.

But when people whom you consider to be your friends, acquaintances and likeminded individuals make statements like "these attacks are not a result of sectarian violence, it is just an anti Pakistan agenda by outside forces" or "sectarian discrimination in Pakistan isn’t pervasive", their obliviousness to sectarianism stings. These are the same people that also claim that an attack on Shias is an attack on all Pakistanis. I don’t understand how they can reconcile these two statements.

If Sunnis were systematically and deliberately targeted on the basis of their sect, dragged out of buses and executed, would these same people claim that there is no sectarian divide in Pakistan?

Also read: The fact is that 45 more people are dead and most of us are silent

What does it mean to be Shia in Pakistan? It means that you are constantly reminded of the fact that you are a minority in Pakistan. It means that every Muharram you have to look over your shoulders just to make sure that there is no danger. It means that if your name sounds Shia, or if you wear black during Muharram, or if you wear anything that gives you away as a Shia, then there is a very high probability that you will be discriminated against a number times in your lifetime. Depending on where you live, there is also a low to medium probability that you may also be killed. If you live in areas like Quetta the probability skyrockets.

When Pakistanis acknowledge that Shias are deliberately killed but throw in the caveat that it’s not as bad as it seems, you are reminded what it means to be a Shia in Pakistan.

Every time Shias are killed in an act of sectarian violence in Pakistan, I see an outpouring of sympathy and grief by my fellow Pakistanis on social media. A popular sentiment doing the rounds is that an attack on Shias is an attack on all Pakistanis. Lately, I can’t help but disagree with that sentiment. I can’t help but feel how empty that sentiment is. It’s empty because even if tomorrow these senseless attacks stop, the structural foundation for them probably will not change. Shia kids will still be bullied due to their faith. Shias will still be taunted and stopped from praying in mosques. The anti-Shia sectarian undercurrent will persist. People will ignore it as if it doesn’t exist.

Despite the sense of comfort I get when I see people out on the streets condemning the attacks on Shias, it does not give me hope that the sectarian divide will disappear. Instead what will really give me hope is when people start protecting Shias from the small, senseless and daily acts of discrimination. So if you want to give Shias and other minorities in Pakistan hope, this is how you can start.

Acknowledge and educate yourself about the magnitude of the systematic discrimination that exists. Just because it doesn’t happen to you or that you’ve never experienced it does not mean it isn’t there.

If you go to mosques to pray, try going to a Shia mosque or an Imam Bargah (and also those of other sects). Remove the sectarian divide by making a tangible claim that Shia and Sunni are actually, as you say, ‘bhai-bhai’.

If you want to be really daring, go to a Sunni mosque and try praying in the Shia-style with your hands by your side instead of clasped in front and observe the reaction you get. Live in our shoes for a few moments so you understand what we go through.

If you have children, ask them if there is discussion in their school about their classmates’ religious backgrounds and what form it takes. Teach them to stand up for any kids who are being belittled, or worse bullied, on the basis of their sect.

So before the next bus is stopped and people in it executed for being a minority, take the above baby steps. If you really believe that an attack on Shias or other minorities is an attack on all Pakistanis then start protecting those minorities in the first place. Acknowledge the magnitude of the sectarian problem that exists and please don’t say we’re imagining it.

From what I have gone through as a Shia, all of it seemed pretty real to me.

What it means to be a Shia in Pakistan