Sketch of a story

Muhammad Ilyas tried his hand at various things to eke out his living. From the deserts of Cholistan to the mountainous regions in the North, he travelled all over the country. While travelling he observed people from various backgrounds and that’s how they found a place in his stories. He feels at ease drawing the profiles of the diverse people that he came across. While going through the stories of Muhammad Ilyas, you will feel the narrator is well-entrenched in the art of storytelling, especially because of his extraordinary sense of observation.

Here it would only be appropriate to introduce Ilyas to the readers of Urdu fiction since he seems to have been ignored by literary pundits and critics. Author of a few novels and collections of stories, Muhammad Ilyas is a veteran fiction writer whose writings have appeared in magazines like Funoon and a few others. An out and out realist, he is a firm believer that ‘story’ is the spinal cord of fiction and nothing can substitute its centrality. He simply does what he is best at: writing realistic stories.

In the collection of 25 stories titled under Moortein… you will find people with whom we are quite familia but usually give a damn about. Ilyas has turned out to be the biographer of such kind of people. In his story ‘Insaan’ you are face to face with a scavenger and sewage cleaner couple, Victor and Alice. As the author presents their daily routine, filled with filth and dirt, one feels nauseated. Yet one feels amazed at the way the author paints their life that is worse than animals.

Two lower cadre policemen are shown in a heated discussion with each other: the rude behaviour of their bosses, indifference of people, low salary and long duty hours and domestic problems. Titled ‘Muhafiz’ the story is well-crafted with a fair share of wit and ribaldry.

We rarely see stories focused on animals in Urdu literature with the exception of late Rafiq Hussain who wrote timeless stories on animals. In this book, we fortunately find a couple of stories centred on love between humans and animals. ‘Toda’ is a powerful story that is based on love between a camel and its keeper who is a poor and destitute villager. He pampers his pet camel like his son but doesn’t know that he will be coerced by the landlord who is bent upon grabbing his camel.

Forcibly, he is made to part way with ‘Toda’ (pet camel) and he is simply ruined without his camel. Fate takes a turn, he leaves his ancestral home along with the coveted camel and takes refuge with another landlord who is a sworn enemy of the first one. Where would you find such unusual character who suffers heavily but oesn’t part with his camel! Then how can one forget the masterpiece ‘Aurat Ghora Aur Mard’ in which the author incorporates the Rohtaki dialect in the story which is prevalent in Multan and Khanewal.

The distinct style of merging the dialect gives a refreshing touch to the story which is perhaps the best story by Muhammad Ilyas. In these pages, you will find many colourful characters that will haunt you for a long time. There is a lewd tongawallah who is on the prowl during night and searches for his prey; a political worker ‘Sufi Jhappa’ who is one of those ordinary political workers whom the leaders use like tissue papers, a typical Mullah who finds himself trapped by a cunning fellow who prides in being a Rajpoot and many others. The credit for this selection of Muhammad Ilyas’ stories goes to Irfan Javed. In him, Muhammad Ilyas has found his James Boswell.

A short story writer and an avid reader, Irfan Javed has done well by writing a detailed introduction and sketch of Muhammad Ilyas which is a useful piece for ascertaining the literary worth of the esteemed writer.

Sketch of a story 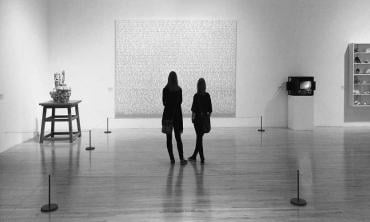 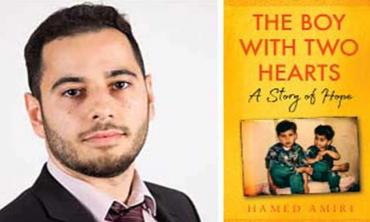