Each city of Pakistan has its own qualities and stories, here’s a short story from Lahore 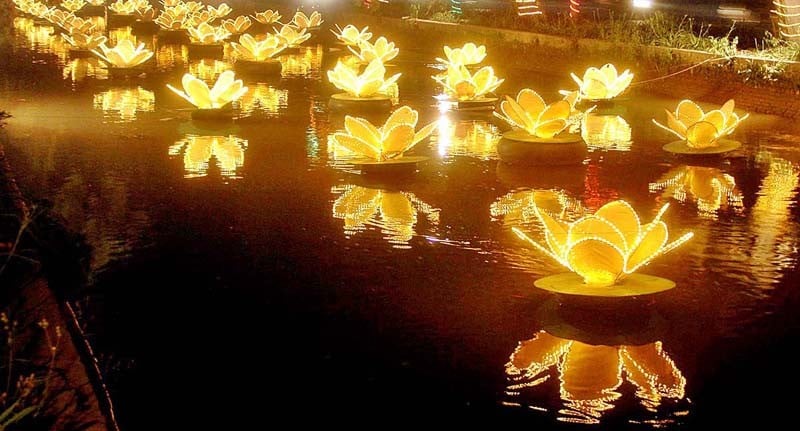 Lahore! That’s what my friends and I talked about today, as we sat in the ground of our college. "Islamabad is peaceful, Lahore is pretty loud," one of them said. "Yes," said we, in agreement. Each city of Pakistan has its own qualities and stories, here’s a short story from Lahore.

About two weeks ago, after coming back from work, my father told me and my sister there was something he wanted to show us. He promised to get us waffle cones and that what he was going to show us was worth missing the TV show we so diligently watched every night.

After getting us the cones at about 10 in the night, he turned towards the road that had the canal on its side, making me and my sister groan because the canal is "just so dirty," but that night we were taken by surprise -- it was loaded with beautiful, cultural, multi-coloured floats. The canal was not the only thing loaded, the road and the footpath beside it was full of colourful people.

While the traffic on the left side of the road kept moving, the right side seemed to be dragging itself as though it were a very long caterpillar crawling towards the end of a leaf. Everyone wanted to absorb each and every bit of the scenery the not-so-tacky canal was that night. Pictures were being taken, people who didn’t know one another waved at each other and admired the scene with slight movements of their heads, without the use of words. No horns were honked, no lanes were cut, no abuses were hurled and no one was in a hurry of getting anywhere.

My sister and I were amazed. The people, the road, the canal and especially the police! There were no sirens! Just a few constables on microphones at a few distances from one another, encouraging the crowd to "Keep on moving, as you enjoy. That’s right, well done, just keep on moving! That’s more like it, very good!"

The Lahore I saw that night will stay with me forever and so will the image of my father as a proud Lahori, showing his daughters the beauty of the city he lived in for 50 years.

It was all like one big, understanding, accepting and encouraging family. Actually no, families are not like that. It was just simply, Lahore. It was then I realised that no TV channel or show could make us feel the way the people and the sceneries out there in our city do. The Lahore that night was warm and pleased with itself and its people and that is exactly what we should be with each other and ourselves. It’s alright to have some private time but it is very important to get to know your city better, to spend time with it and explore it.

The Lahore I saw that night will stay with me forever and so will the image of my father as a proud Lahori, showing his daughters the beauty of the city he lived in for 50 years. I have to admit, it was definitely worth it!