General acceptance of the practice, lack of training and will to improve policing standards is what lets torture prevail in thana and outside 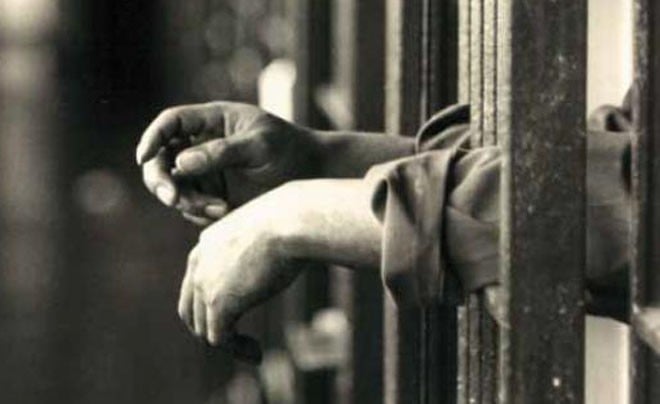 In private conversations, most police officers admit being part of an institution which practises torture in a systematic manner and, in many instances, as a policy choice rather than an aberration. They seem to justify or at least accept it as a matter of "professional compulsion". They are convinced that since torture is inflicted only on the ‘criminals’, they’re not committing any wrong.

In a 2013 survey, the AGHS Child Rights Unit conducted interviews of 80 children in the prisons of Punjab. More than 95 per cent complained of torture of varying degrees in police custody at various levels of the justice system starting from thana. Many also complained that the police purposely framed them for crimes they did not commit.

Various independent rights-based organisations continue to report hundreds of cases of torture every year. The increasing number of reported cases shows that torture as a policing practice is on the rise.

General acceptance of culture of torture, lack of training and will to improve policing standards, impunity or lack of serious and consistent accountability, and last but not the least a state policy to adopt torture as a measure to enforce the writ of the state, are among the foremost reasons for prevalence of torture.

Torture may be a central feature of the thana culture but is not limited to it. It is considered legitimate, in prisons, in schools (there’s no law to penalise corporal punishment in Pakistan), in communities in the grip of feudalism on farms, brick-kiln workers, and marginalised religious minorities, in households on children, women and domestic servants regardless of the cultural environment or urban-rural divide.

The culture of torture at the thana level and otherwise is encouraged by the fact that there is no effective external mechanism for accountability. While all the provincial police departments claim to take disciplinary action against delinquent officers, and indeed some action is taken in some cases, such proceedings are usually ineffective, leading one to conclude that internal accountability alone is a bad idea.

The police in Pakistan must be held accountable by an effective external institution, for example a provincial police ombudsperson’s office.

Regardless of their appropriateness and desirability in terms of functions, powers and composition, the accountability mechanisms provided under the Police Order 2002 were never allowed to work. The strongest resistance came from within the police and the provincial governments. The reason is that the provincial executive authorities continue to use the police as an oppressive force in a dominantly feudal cultural environment.

Since there has been a lot of talk about the decadent thana culture and police torture on the media, the police are now known to shift the inmates to private safe houses or torture cells which are completely inaccessible and therefore can’t be subjected to judicial oversight.

In such an environment, it would be foolish to talk about training police officers in investigation, forensics, and prevention of crimes. But the truth of the matter is that torture in thana can only be brought to an end once the police are better trained in forensics, digital and cellular forensics and there are efficient medico-legal procedures such as DNA tests in cases of rape.

When did we last see a parliamentarian demanding details of budget allocations by the provincial police departments? The Punjab Police department has seen its budget rise more than ten times in the last ten years and yet only a miniscule portion is spent on training. A cursory look at the training courses descriptions tells you that there is no attempt to sensitise the police against torture and about fundamental rights.

Torture in thana can only be brought to an end once the police are better trained in forensics, digital and cellular forensics and there are efficient medico-legal procedures such as DNA tests in cases of rape.

The state is equally culpable because it actively promotes torture. Recent events in the neighbourhood of Youhanabad in Lahore are a testimony to this. Several dozen cases of torture have been documented by independent observers and rights activists in the aftermath of the lynching of two Muslim men following the killings of Christians in bomb attacks on churches in Youhanabad.

The whole Christian community is in the grip of such fear that no one is ready to even talk about the torture, cruelty and degrading and humiliating treatment they had to bear at the hands of the Punjab Police in the days and nights following the incident of lynching.

On the other hand, the charade of disappearances and emergence of dead bodies in Balochistan and Sindh and elsewhere continues at the hands of state agents right under the nose of the state institutions who are supposed to hold them accountable.

The number of extrajudicial killings since the introduction of Protection of Pakistan Ordinance in 2013 (POPA now an Act of Parliament) in Karachi admittedly runs into hundreds.

When governments grant immunity for past enforced disappearances and make it legally acceptable to kill at sight the suspects, such as in POPA, it gives a signal to the law enforcement agencies to practice torture and extrajudicial killings. That is how the modern day Pakistani state promotes culture and tolerance for torture. An intolerant society and an unaccountable state can never eradicate torture.

On the next page: Legally speaking

The Constitution of Pakistan guarantees security of person, and safeguards as to arrest and detention including the right to be informed of the reason for arrest, the right to have counsel of choice, as well as the right to a fair trial.

Even though Article 14(2) of the Constitution apparently reads like a narrower protection from torture being prohibited for extracting evidence only, it is amply clear that torture is unacceptable and intolerable inasmuch as that the Constitution also guarantees dignity of man, the only fundamental right not subject to any condition.

Further, the legal framework, despite being inadequate when compared to international standards seems to provide at least minimum safeguards against torture. For instance, the Pakistan Penal Code prohibits the state agents from hurting, physically or otherwise, anyone to extort confession or to compel restoration of property, which is punishable with imprisonment up to ten years apart from Islamic penalties of arsh, daman or qisas.

To this end, the Criminal Procedure requires the police to conduct house searches for recovery purposes in the presence of independent witnesses. The Penal Code also provides for punishment for wrongful confinement. And though the counter-terrorism laws have made confession before the police admissible, it remains inadmissible in the ordinary courts. Even in cases where confession is made before the police under ATA the possibility of accused denying such confession before the anti-terrorism courts remains. The practically defunct Police Order of 2002 too proposes imprisonment up to five years for delinquent police officers who torture or abuse a person in their custody. And yet no right is more widely violated than the right to dignity.

According to the UN Rapporteur on Torture, Pakistan figures among those countries of the world where torture is endemic and no one has ever been able to challenge this finding.