What makes a thana 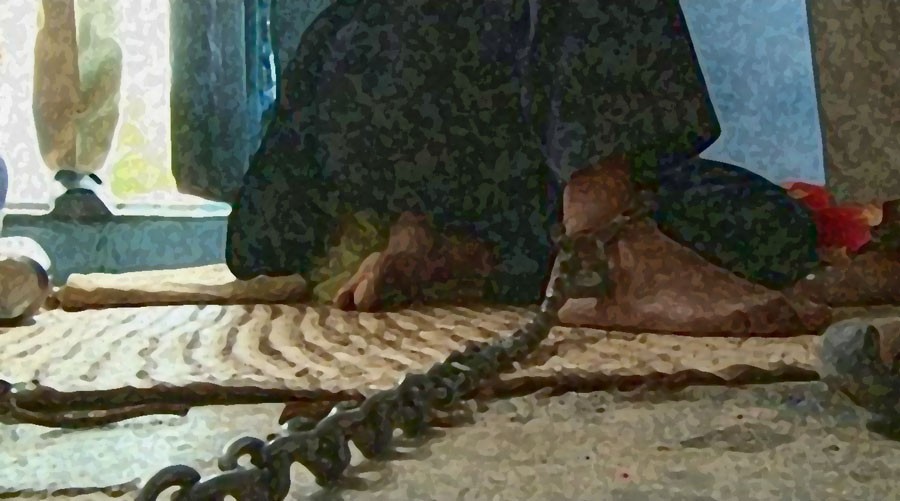 It was February 2013 when Maqbool Malik, editor of the Urdu Service of a German media organisation, visited Pakistan to attend a literary festival in Lahore. A day before the event, he went to a forex company to get foreign currency converted into Pakistani rupees. He was accompanied by his colleague, Tanvir Shahzad, who reports for them from Lahore.

Soon after they left with cash, they were intercepted by two robbers in Shadman. The robbers pulled out pistols and pointed at them. The two journalists handed over cash and valuables worth around Rs 300,000 to them.

Shocked, the victims went to the nearby Ichra Police Station. After repeated checks and inquiries at the police station, they finally reached the room of the moharrar (record clerk) only to find him missing from his seat.

Nobody seemed willing to listen to them as they remained standing there. They could not even phone anybody as the robbers had taken away their mobiles. But they could hear foul language and expletives hurled at someone in the adjacent room.

Finally, the moharrar arrived and listened to them with total disinterest and without making an eye contact. Once they had finished he asked them to write down all they had said on a sheet of paper. They were asked to come again the next day and were told that the First Information Report (FIR) could not be registered without the approval of the SHO. The complainants asked for the whereabouts and cell number of the SHO but the information was denied.

Many people who have visited police stations can relate to the experience of the two journalists. But what followed shows how powerful are the local police and how helpless the general public.

The incident was brought to the notice of Punjab Chief Minister, Mian Muhammad Shahbaz Sharif, the next day when he came to inaugurate the festival. He immediately ordered registration of an FIR and asked the Home Department to follow up.

Despite direct orders from the chief minister and involvement of top most officials of the police the FIR was not registered that day but the next. "They had registered a robbery case during the day and could not afford to have a second one on the same date. They even defied chief minister’s orders to show daily crime rate low in the area," says Shahzad while talking to TNS.

If the police can treat people with direct access to the chief minister this way, what they would do to ordinary citizens? No wonder, very few dare enter a police station without a reference, deterred by the notorious "thana culture" where humiliation and embarrassment awaits them. This culture has different variations in cities and villages and from province to province but is worst in Sindh and Punjab.

"They had decided to change the traditional police uniform to adopt a different one. But a very senior police officer opposed the decision on the grounds that the force would not be dreaded anymore," says Sarmad Saeed, former Addl IG of police, Punjab.

A visit to a police station brings a visitor in contact with the policeman guarding the premises. A complainant is referred to the reporting room after initial interrogation and frisking whereas those willing to meet someone in the lockup are not allowed to enter. They can pass through the entrance gate only after paying bribe. A gift in kind, such as a cigarette pack can also help.

The experience is quite depressing as on way to the main building of a police station one may come across inmates being taken to washrooms in chains or pushed into vans heading to the courts. One may also see suspects sitting on the floor or tied to chairs or charpoys (traditional woven beds) being subject to abuses from the lower rank investigating officers.

There may be relatives of wanted criminals detained there till the time the person is produced or captured. The relatives can sit in the open or roam about within the boundary but cannot leave. In several FIRs, there is a deliberate mention of unknown people accompanying the main culprits at the time of a crime. This gives police the power to detain anybody close to the main culprit for accompanying him.

The police station courtyards are often littered with rusted vehicles with no accessories or tyres. These are stolen vehicles recovered by the local police which claim the missing stuff was removed by the thieves. It is everybody’s guess where it would have gone.

On entering the reporting room, a visitor is referred to the moharrar who can make him wait for ages before listening to him. The room is mostly situated opposite to that of SHO so that the latter can keep a watch on what is going on there but most of the time he is missing from his office on one pretext or the other.

This is the place where one has the feeling of being a worthless creature. Ruling party workers, police informers, middlemen, lawyers, crime reporters, etc, are sought after by people who have to approach the police station. If there is no contact, money can also help.

A former SHO, presently doing office duty, cites some reasons behind the prevalence of this situation. The police, he says, "have been used by the rulers to settle personal scores, wield influence among voters and to facilitate their party workers. If everybody can walk into a police station and get their issues resolved, then who will go to the doorstep of the politicians," he questions.

He says he was once asked by a ruling party member of the provincial assembly to beat someone in the public. He refused to do that and was transferred.

The official says torture in public is uncommon due to media coverage but at many places the accused are shifted to ‘safe houses’ during the night for interrogation. The power police enjoy in villages, he says, is tremendous as fear of court bailiff is minimal and the people less influential.

He says lack of accountability is another reason. Most of complaints end up in a compromise between the complainant and the accused. "There is tremendous family pressure on complainants to forgive the abusers and not make them their permanent enemies," he shares.

Of late, there was an initiative to establish model police stations in Punjab where cameras were installed to monitor working of the staff but it did not deliver. The government is working on a computerised complaint handling system at police stations and a dolphin force which will have cameras installed in uniforms.

"These are cosmetic measures and cannot change thana culture, which needs a change in the mindset as well," says Sarmad Saeed, former additional inspector general (Addl IG) of police, Punjab. He says police cannot work independently and decide cases against supporters of the ruling party. "A thana does not get any funds and the SHO has to manage the expenses himself. This means he can use whatever means he wants to raise this money."

Saeed says once they had decided to change the traditional police uniform to adopt a different one to reduce its fear among the public. But a very senior police officer opposed the decision on the grounds that if that happened the force would not be dreaded anymore. He also proposes shift system in police stations to reduce burden on the staff which works round the clock.

Khawaja Khalid Farooq, former IG Punjab, says that police is just like any other department in the country where the concept of public service is extinct. The police is trained in a way to doubt every person and they do that. "But this does not mean that they have the power to insult anybody they want to."

Farooq says undue ‘sanctity’ given to FIR is a major reason behind the problems. The moment it is registered, he says, the police start raiding houses and arresting people regardless of whether they are guilty or innocent. "This report is based simply on a statement, therefore, the facts mentioned in it shall be confirmed before acting. By the time a person proves his innocence, he has lost a lot of time, money and respect."

He suggests rationalisation of powers enjoyed by an SHO who can arrest and retain any person under Section 54 of Criminal Procedure Code (CPC) just on suspicion and raid a premises without a warrant. "Power corrupts… is the adage that best describes the reasons for prevalence of thana culture," he concludes.

What makes a thana