Where has Pakistan’s aggression gone?

Attacking play - particularly bowling - has been the team’s hallmark down the decades, but not anymore it would seem 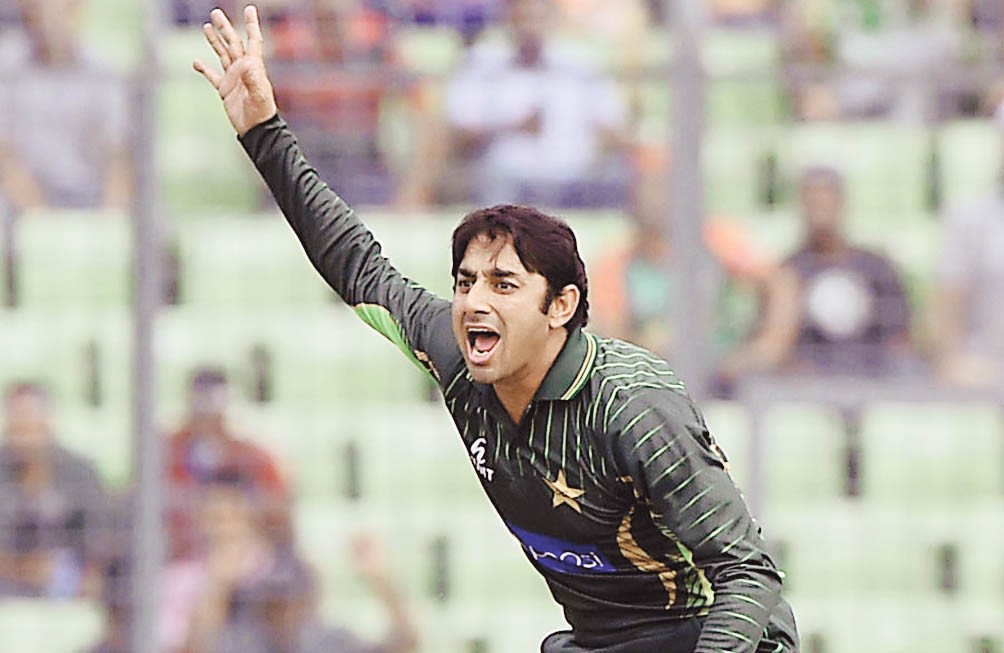 It is extremely painful to see Pakistan cricket seemingly hell-bent on altering its DNA. A team that boasted a cricket culture weaned on aggressive play and risk-taking is being forced to live a humdrum existence.

The ODI series loss to Bangladesh is a reminder of Pakistan cricket’s muddled mindset of late. From selecting a captain who wasn’t a part of the World Cup squad, to picking recycled players, Pakistan have displayed a unique ability to approach cricket in a manner different to that of the rest of the world.

Given that Bangladesh were not going to be easy pickings at home, Pakistan should have had a plan for the series, but there doesn’t seem to have been one. A sequence of bizarre injuries before the series and the reintroduction of an untested, remodelled Saeed Ajmal didn’t help matters.

The bowlers appeared to be confused about their roles: should they adopt an attacking approach or stick to line and length? The batting top order lacked technique and direction, and the preservation of wickets at the cost of run rate became an all too familiar storyline.

The recent World Cup was also an example of a reserved approach undermining talent. The irony is that this restrained style of cricket has been promoted by coaching staff who have played for Pakistan in strike roles, and in an era where boundless aggression prevailed over all restraint.

Pakistan’s bowling in the World Cup had the potential to be devastating: bowlers with sharp pace, and a talented legspinner in Yasir Shah. But a medium-pace mentality was forced on the quick bowlers; and the potential impact of a legspinner whom Shane Warne called the real deal was muffled.

Pakistan and Australia are the only sides that, over past decades, have had complete bowling attacks, with fast bowlers and legspinners. While Australia have prevailed as a bowling force by using their attacking weaponry, Pakistan have been stuck in a hesitant, negative mindset.

It’s a well accepted fact that Pakistan are at their best when in desperate situations. It is also well accepted that often sheer aggression and passion bail the side out at such times. We did get glimpses of this quality in the World Cup matches against Zimbabwe, South Africa and Australia, granting credence to the theory that Pakistan’s best chance to pull off wins is when their backs are against the wall. By asking the players to put a lid on this aggression, you take away the only approach to winning they have known.

Wahab Riaz’s electric spell, which was triggered more by personal needle with the Australians rather than any planned strategy, encapsulated the spirit of Pakistan cricket well. That emblematic aggression should have jolted the system into wakefulness. Instead, after the World Cup there was a step back when those in power came together to decide on Pakistan’s future.

Under them, there is little hope for Wahab to rebrand himself as a fearsome fast bowler, like Mitchell Johnson did during the Ashes. The terrifying, fear-inducing avatar of Johnson was a credit to the Australian think tank, who helped make him the force he is today.

The failure to launch Sarfraz Ahmed at the top of the order from the start at the World Cup was another sign of Pakistan’s timid, risk-free, boxed-in mentality. The reluctance to introduce an aggressor demonstrated a lack of vision and confidence in backing a player believed to be a risky asset. As a result, Pakistan lost out on potential starts like those Brendon McCullum provided New Zealand with. Big hitters who could have lit up the World Cup were choked by defensive batting tactics, having to display unnatural restraint under the pretext of rebuilding the innings, going against their natural grain of attacking batting. This is again an example of Pakistan not aligning themselves to modern cricket, where a healthy mix of aggression and cautious play is the mantra for rebuilding innings.

Not just the World Cup, this approach has been in place for quite some time now in Pakistan cricket. A nation that has been fed on watching magical fast-bowling spells is now being treated to an overdose of spin on dusty, dead pitches. This policy might have yielded results but it has come at the cost of aggressive tactics.

Barring legspin, the truth is that spin marks a defensive, safe, guarded mindset, as opposed to the aggressive, wicket-taking, all-out-attacking approach of fast bowling. By dumping fast bowling as its preferred choice of attack, Pakistan have also let go of the aggression that comes naturally with it. It’s as if that quality is slowly being erased from the nation’s cricketing psyche. No wonder Wahab’s spell was viewed as a showstopper; a few decades back the likes of it were commonplace.

Pakistan cricket today is at a crossroads. The choice is theirs to make which way they go. The stakes have never been higher and they needn’t be told what route to take to get them out of this situation. -Cricinfo

Where has Pakistan’s aggression gone?