The office of Federal Ombudsman confirms there are a number of cases against NADRA. Mostly, these are for fee-waiver on duplication error 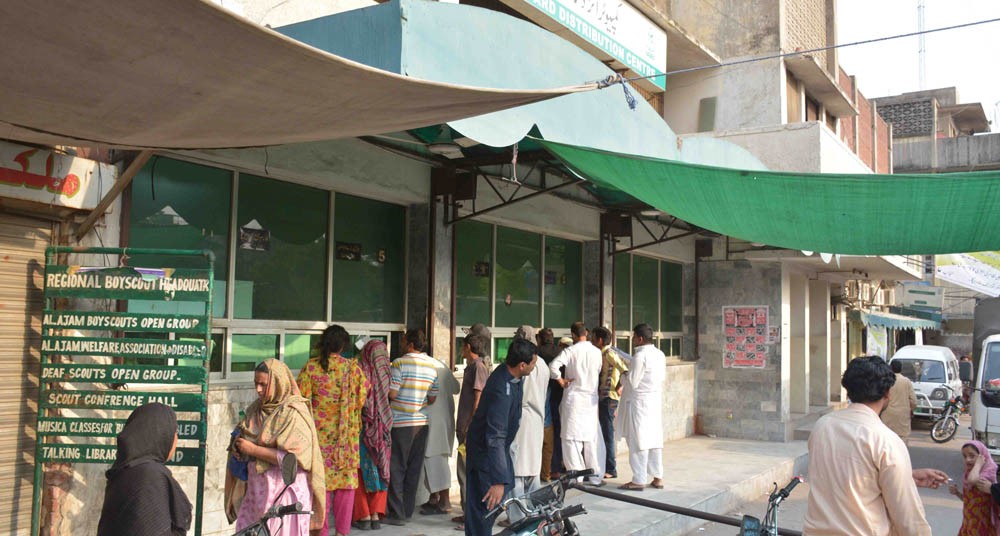 Muhammad Aslam Khan, 45, a resident of Naseerabad, had to face a difficult situation when he went to the office of National Database & Registration Authority (NADRA), along with his son who had just turned 18. Khan wanted to apply for his Computerised National Identity Card (CNIC). To his astonishment, he was told that the boy could not be given the identity card as his elder sister had been issued two identity cards.

Khan was advised to solve the matter at hand so that his son could apply for his ID card.

Regrettably, Nadra has fixed a fee of Rs10,000 for every such error that occurs on the part of the consumer or the Authority. It was a huge amount for poor Khan. What’s more, he was being made to pay for something he was not responsible for.

As per sources in the Federal Ombudsman Office, Lahore, the number of cases against Nadra is on the decrease after they upgraded their system. The current month (of April) has witnessed 66 cases till the filing of this report, for Lahore region. The number is on the lower side, compared to almost 500 per month in the past.

The sources also claim that the reported cases are largely for fee waiver on duplication error, and most of these are disposed off in complainant’s favour. The office of Ombudsman follows the investigation procedure, checks all financial transaction records made through the disputed CNIC, the mobile phone SIM records and all other systems where the CNIC number may be used. Later, the decision is made on the basis of evidences.

One alarming fact is that the process takes 45-60 days in most cases, and certainly the consumer ends up paying for the fault of Nadra’s.

It is learnt that the Child Registration Certificate (CRC) system, Nadra Mobile Registration Van (MRV) and Benazir Income Support Program (BSIP) have a major role in creating situations where the duplication of CNIC takes place.

A random visit to a Nadra office, situated in any part of the city, during office hours, shows endless queues of people with a depressed look on their faces, waiting for their turn. Most of them have come with the complaint of date error and are trying to get them corrected.

The case of Sayyed Qaiser Mehmood of Shad Bagh is even worse. He took his daughter Shazia to the Nadra office in the area. She was in need of her CNIC because she had to appear in a university examination. Mehmood was perplexed when told by the Nadra personnel that the card for the same had been issued 10 years ago. He tried to convince them that this was not possible because the girl was 8 years back then. Eventually, it took him three laborious months to get the error corrected.

"I was wondering how Nadra, supposed to be one of the best IT-based systems in the country, could deal with us in such a pathetic way," he says, lamentingly.

"I thought my daughter’s was a unique case but when I got involved in the process I witnessed every second person in the office had similar complaints and had been mishandled."

To his defence, Director Operations, Nadra, Lahore region, Col. Noman says, "Nadra has a very transparent IT-based system. No one can cheat the public."

He agrees that human error can never be ruled out, "that is why there is a proper procedure to handle complaints."

According to Col. Noman, sometimes people have their own objectives and they duplicate data. "Of course, going to the Ombudsman is an easy option for them. The legal department deals with such cases in the prescribed manner."

The people also face problems going to the Nadra office for vital documents such as the B or "ب" form that is necessary for even taking the primary school examination and the CNIC for every office related work, be it a court matter or seeking eligibility for a support programme for the poor.

The people demoralised by the behaviour of the staff for not loading the data properly cannot afford the Rs10,000 fee for any error made on their part or the Nadra’s. Keeping in view their misery, and in order to reduce the financial burden the said fee ought to be waived off. If the objective is to restrict people from duplicating the data, it should be fixed for only those found guilty of doing so, which should follow a proper checking procedure.

Nadra officials’ point of view is that the applicants are given printouts of the entered data for cross-checking. The final entry is made only after the re-submission of printed data, duly signed by the applicant.

Unfortunately, a majority of our people are illiterate and not aware of the procedures or whether the data that has been provided to the Nadra personnel is entered correctly. Nadra should also bind their staff and penalise them if they are found guilty of entering wrong data or duplicating it.