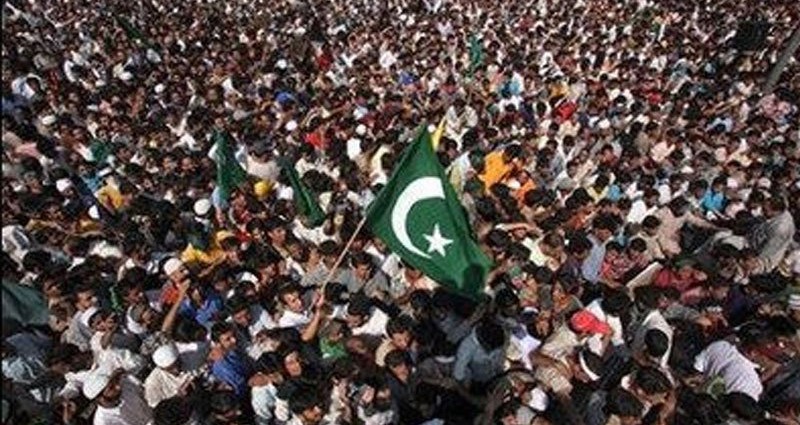 Once again there is unrest in Jammu and Kashmir, but the situation is different this time as Prime Minister Narendra Modi’s Hindu nationalist Bharatiya Janata Party is in power for the first time in the Muslim majority state in alliance with the regional People’s Democratic Party  (PDP) led by Chief Minister Mufti Mohammad Sayeed.

In fact, the protests that broke out in the Kashmir valley recently constitute the first challenge to the unlikely coalition government of Modi’s BJP, which wants to bring the contested Jammu and Kashmir (J & K) claimed by both India and Pakistan into the Indian mainstream, and the PDP, which supports self-rule by retaining article 370 of India’s Constitution that gives the region a special status.

The support base for the two parties was poles apart as the BJP bagged Hindu votes in the Jammu region and the PDP was largely backed by Muslim voters in the Kashmir valley in preference to former chief ministers Dr Farooq Abdullah and his son Omar Abdullah’s National Conference that suffered defeat largely due to the incumbency factor after being in power for five years.

The BJP and PDP had failed to put together a majority coalition government with other parties after the assembly elections in J & K last year and Governor’s Rule had to be enforced. Subsequently, they joined hands to cobble together the coalition government on the basis of common minimum programme, which has been condemned by pro-freedom Kashmiri leaders such as Syed Ali Shah Geelani, Mirwaiz Umar Farooq, Yasin Malik and Shabbir Shah as against the interests of Kashmiris. Mufti Sayeed became the chief minister for the second time in his long political career and BJP’s Nirmal Singh was made the deputy chief minister.

The protests turned violent in the Kashmir valley when Masarat Alam Bhat, a leader of the separatist All Parties Hurriyat Conference headed by Geelani, was arrested on charges of sedition and waging war against India. His arrest came in the wake of a rally organised in Srinagar, the capital of Jammu and Kashmir, to welcome Geelani home after undergoing medical treatment for three months in New Delhi. During the rally, Pakistan’s flag was waved in the streets of Srinagar after a gap of several years amid pro-Pakistan slogans.

Yasin Malik and Swami Agnivesh…wanted the pundits to live together with the Muslims in joint communities as they used to do in the past.

On the same day two young men, Khalid Muzaffar Wani and Mohammad Younis Gania, were shot dead by the security forces in Tral area in Pulwama district. Wani was the brother of an alleged Hizbul Mujahideen commander Burhan and the army claimed he too had links with the militant group and was killed along with Younis Gania in an armed encounter. The claim was contested by Wani’s family which pointed out that there were no bullet marks on his body.

The two killings, termed custodial deaths by separatist leader Shabbir Shah who alleged that India and its collaborators such as Mufti Sayeed were on a mission to massacre the Kashmiri youth, and Masarat Alam’s arrest sparked widespread protests and violence. The killing of a 16-year old boy, Suhail Ahmad Sofi, in Narbal town in Budgam district during protests added fuel to the fire.

The protestors burnt the Indian flag and fought pitched battles with the security forces in Srinagar and elsewhere in the Kashmir valley. Not to be left behind, the moderate faction of the Hurriyat Conference led by Mirwaiz Umar Farooq staged its own protests in a bid to tap into the dissatisfaction against India.

Mufti Sayeed, who had faced criticism from the BJP leadership including Modi earlier for ordering the release of Masarat Alam on March 7 after spending four years in jail, was forced to act under pressure from Home Minister Rajnath who demanded "immediate and stringent action" following the Pakistani flag-waving incident. Mufti Sayeed ordered Masarat Alam’s arrest and framing of sedition charges against him. He also put most pro-Azadi (freedom) leaders, including Geelani, under house arrest.

Yasin Malik and Swami Agnivesh, who had earlier staged hunger strike against the government’s proposed decision to set up composite townships for the migrant pundits in Kashmir, were also house-arrested. They wanted the pundits to live together with the Muslims in joint communities as they used to do in the past before getting displaced due to the violence in the valley. The BJP, on its part, maintained that the violent protests were part of a conspiracy to halt the return of Kashmiri pundits, who are Hindus, to their native Kashmir.

The BJP, now a major stakeholder in J & K politics, took the recent Kashmir incidents as a challenge. Its activists and supporters held rallies in the Jammu region to demand action against those disrespecting the Indian flag and for displaying the Pakistani flag. Masarat Alam’s effigies were burnt for insulting India. The BJP ministers gave tough statements and repeated the Indian claim that J & K was part and parcel of India. However, the erratic former Indian Army chief General (Retd) V K Singh, now minister of state for external affairs, tried to downplay the protests in Kashmir and said these happen daily and won’t make any difference. He also remarked that let Pakistan become happy that its flag was raised in Kashmir.

It is possible the Pakistani authorities and public were surprised by the still high level of pro-Pakistan sentiment in the Indian-held Kashmir, but Islamabad acted cautiously when it issued a statement simply condemning the brutal use of force by Indian security forces against peaceful and unarmed protestors. India reacted furiously to the statement and some of its ministers asked Pakistan to remain within its limits. However, the PDP’s spokesman and its youth wing President Wahid Rehman Parra spoke for many in J & K when he argued that the separatists cannot be denied the political space any longer. He said separatism and the Pakistan constituency in Kashmir is a reality and it must be dealt with by bringing these elements into the mainstream and fighting them ideologically.

As usual, excesses were committed against the protestors during the recent Kashmir protests. In a rare admission of high-handedness against the protestors, Kashmir’s inspector general of police SJM Gillani said the law-enforcement agencies could have used tear gas to disperse them instead of resorting to firing and killing teenager Suhail Ahmad Sofi. A police statement later conceded that the forces acted in violation of the laid down standard operating procedures.

The arrest of 35-year old Masarat Alam, who is seen as a successor to the old and ailing Hurriyat Conference chairman Geelani, and sedition charges against him has stoked tension in J & K.  Masarat Alam isn’t new to controversy and has a history of leading anti-India agitation. He gained prominence in 2010 by organising a series of mass, stone-throwing protests mostly by the youth chanting "azadi" slogans against India before being detained without charge for four years under the controversial Public Safety legislation. He could spend longer time behind bars this time as the charges against him are far more serious and the BJP, intolerant to dissent compared to the Congress party, is in power both at the centre and in J&K.

With militancy getting reduced and political space for the pro-freedom forces in Kashmir shrinking, one could expect continuation of an uncertain future in the region. The situation would be aggravated by India’s refusal to resume talks with Pakistan on Kashmir and other issues.