The narrative about Karachi needs to change

Nida Butt talks about the upcoming Karachi Mubarak Festival, a series of parties in the parks (and port) of the city! 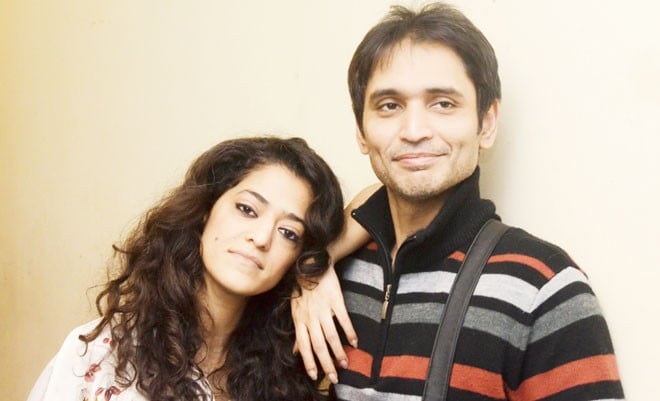 Picture a party in the park. We don’t have many of those in Karachi. But that is set to change next month when Nida Butt, Hamza Jafri and their team at Nida’s Music Arts & Dance Society will put up Karachi Mubarak, a four-day performing arts festival that will tour the city, bringing the fun and frolic back into several of its public spaces. Over the course of May, musicians, dancers and theatre acts will pour into parks in Orangi and Lyari, the gardens of Frere Hall and the deck of Port Grand for a day-long whirlwind of activity each. There will be stage performances and busking musicians, magicians and puppeteers, food stalls and arts and crafts displays and a ‘petting zoo’ of instruments where people young and old will be able to enjoy some hands-on fun with guitars, drums, keyboards and their ethnic counterparts. Across the board, it’ll be a full-fledged carnival, made extra special by its organizers’ aim of taking the arts to people who need it the most.

Fairs and festivals are not entirely uncommon in Karachi. Just in the past month, we’ve had at least three performing arts programmes in the city, which filled their respective venues to near maximum capacity. But these activities are largely concentrated in certain parts of town. Karachi Mubarak Festival (KMF) is borne out of the need to bridge that divide.

"Usually festivals are held in the same location," explains Nida, when asked about the reasons for KMF’s touring concept, "What happens is that we’re unable to cater to those communities where problems of violence or ethnic clashes occur. Art is a very good way to reach out to them and get them to intermingle with each other and the rest of us." Nida and Hamza previously intervened in Lyari last year through their Lyari Stars programme, which gave music, dancing and acting classes to sixty school-going children. KMF takes their efforts a step further, allowing the families, friends and neighbourhood folk of those children and their counterparts in Orangi to experience the joy and edification of the arts. What’s more it makes their neighbourhoods more happening places. Karachi Mubarak Festival has been organized under the umbrella of the I Am Karachi consortium, which collectively aims to give a feeling of pride and ownership to the citizens of Karachi.

"The narrative about Karachi needs to change," Nida continues, as she reflects on the festival title, "Every time you think about Karachi, the usual expression is one of fear or shock. We want people to think of Karachi as blessed, hence the name Karachi Mubarak. Until we don’t start talking and thinking differently, people’s perception, which is currently moulded by two decades of violence, is not going to change."

In addition to improving access to the arts, KMF is also intended to make Karachi a more united city. Not only is it expected to get the various communities in a neighbourhood to intermingle, but also eradicate class barriers. "In a single neighbourhood, Balochs, Pushtuns and Sindhis tend to not intermix. We’re hoping these barriers will dissolve. Ladies from Defence will hopefully come, and we would love if they bring their domestic staff with them. We don’t want it to be an elitist kind of festival. We’re not doing burger pop."

This brings us to the kinds of performances we can expect at KMF. Folk will be predominant, we learn, consciously chosen to recognize and celebrate the various cultural performing arts of the city. "Everybody in Karachi has migrated here; there is no host population that can call it its own, which is why it is a wonderful melting pot of culture and ethnicities. We want to highlight artists who are well-known in their communities, but haven’t achieved fame on a citywide or national scale. For example, we are showcasing Balochi dance, Lyari’s famous fire dance performance, Nasir Sain is coming from Lahore." Other acts include Lol Waalay, Sunil Shanker in a one-man show and a marching band. The Lyari Stars programme gave birth to a dance troupe, We Are One, who will be performing throughout the four days of the festival. "It’s the best gift we could have gotten," gushes a very proud Nida, "It’s really difficult to motivate and inspire people from that part of town, so we’re really glad that they loved our lessons so much that they went on to make something of their own."

There are still slots open for artists who’d like to perform - their participation is only an audition away. For the rest of us, we have a fun, exciting activity to mark down on our calendars, and less than a fortnight to pull out our carpets to spend a day in the park.

Karachi Mubarak Festival will kick off in Orangi Town on May 2nd, travel to Lyari on May 3rd, then move on to Frere Hall on May 10th before its final day at Port Grand on May 16th.

The narrative about Karachi needs to change