It’s a big year for cinema in Pakistan and as we head towards an exciting treasury of releases, Instep rounds up the ones we are most excited about… 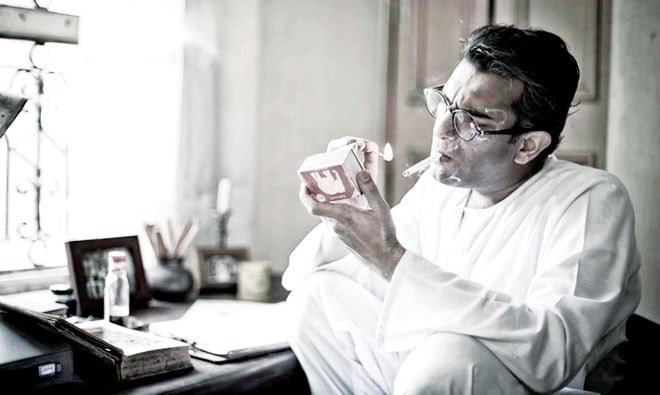 If 2013 marked the revival of Pakistani cinema, 2015 promises to be the year that will cement its position as an industry that is thriving like a young chick testing out its feathers for the first time. With over a dozen films slated to release in the next few months, these are exciting times to be a cinephile in Pakistan. The best part is, movies are no longer confined to the two genres that initially defined all new-age cinematic ventures - the war on terror or the social ills that plague society. This year, we have everything from raunchy comedies to tragic love stories, college romances to biopics to look forward to. Instep gives you the lowdown on the six movies that we are anticipating the most.

Sarmad Khoosat’s biopic on the life of Saadat Hassan Manto has been a long time coming but the movie is finally nearing release and we can’t wait to see the final result. Based on the life of the literary genius, Manto is set in post-partition Pakistan and focuses on the seven most tumultuous years in the writer’s life, 1948 to 1955. This was the time period during which Manto wrote some of his best, and most controversial stories, including Thanda Gosht and Toba Tek Singh and was charged with the offence of obscenity several times. He eventually succumbed to alcoholism and died at the age of 42.

While the movie isn’t a faithful retelling of the writer’s life and takes several creative licenses in the portrayal of events, it promises to be as hard-hitting and thought-provoking as the stories that defined Manto. Rather than casting him as a hero above reproach, the film bares the very human side of Manto, depicting his struggle with the bottle and his troubled relationship with his family. Had he been alive, Manto wouldn’t have had it any other way.

Why we are looking forward to it: Moving between Manto’s real life and the lives of the fictional characters in his stories, the film’s narrative promises to be fresh, engaging and thoroughly gripping. What’s more, half of the television industry has a cameo in the film and we are looking forward to spotting our favourite stars in the movie. It also has a great soundtrack, featuring the musical talents of Meesha Shafi and Ali Sethi amongst others.

Another film breaking away from the typical socio-political and extremism-centric storylines this year is Asim Raza’s upbeat and fresh Ho Mann Jahaan. Describing it as ‘a coming of age drama; a fun film’ to Instep in an earlier interview, filmmaker Asim Raza assures that while Ho Mann Jahaan will fall at the entertaining end of the cinematic spectrum, it is still socially relevant, incorporating real life situations and sending a valuable message across.

Ho Mann Jahan is the story of three friends who come from different social backgrounds but end up together for the love of music. Focusing on their band Kishmish and the ups and downs of their life, the movie promises to be that feel-good, masala, rom-com that we all hate to fall in love with. Thankfully, Mahira sheds off her damsel in distress image to undertake the role of a young and hip budding singer, while Adeel and Sheheryar appear to be the perfect complement to her vivacity. Expect to find a bit of everything - emotion, drama, romance, some incredible, fresh music and a high style quotient.

Why we are looking forward to it: Honestly, we’ve seen enough films dealing with war on terror and it’s high time our movies celebrate the little moments in the lives of us city dwellers that we can relate to. Moreover, the film brings together a fresh, young cast for the first time, the music line-up includes artists such as Atif Aslam, Zeb Bangash, Asrar, Tina Sani and Jimmy Khan and we have talented designers like Feeha Jamshed and Ismail Farid taking on the job of costume design. Finally, if you are an IBA student, there is no reason for you to not watch it because most of the film has been shot at the IBA campus.

The film follows a family torn apart by corruption surrounding the 1984 closure of the Zhob Valley railways. After the passing of his wife, a stationmaster leaves his village and ventures into the world beyond on a journey of self-awareness. Jami will take audiences to Balochistan in the film, which has been his labour of love and a dedication to the people of the province. While his first foray into film direction wasn’t a particularly triumphant one, with Operation O21 failing to win over audiences and critics alike, Moor has a raw, haunting quality to it that promises to project Jami as a filmmaker worth watching out for.

Why we are looking forward to it: Moor has been many years in the making, so anticipation is high. For those who have not travelled to the province, the film promises to enthrall with its scenic shots of beautiful snow-clad Balochistan; the story, from what we know, sounds gripping.

Humayun Saeed is all set to take on the big screen once again with a politically incorrect, full-blown laugh riot that is Jawani Phir Nahi Ani. It was only last year in August that Humayun revealed his plans to step into the shoes of a producer with this film and merely seven months down the line, the first trailer of the film is out. While it doesn’t give away much about the plot, it sure promises a barrel full of obnoxious laughs!

Scheduled to release on Eid-ul Azha, the film revolves around the lives of four friends and is a comic take on wives who tend to be way too clingy, giving their husbands hardly any space to take a breather. Shot in the exotic locales of Thailand, the bikini-clad women that feature in the movie’s teaser led to Hamza Ali Abbasi resigning from his post as the Cultural Secretary for PTI. That’s not the only headline-grabbing incident associated with the film - Humayun Saeed suffered a serious car accident with his wife while shooting in Bangkok. Despite karma playing its tricks on the cast members, the film has created quite the buzz around town.

Set in the fictional town of Roshan Basti, 3 Bahadur follows a trio of friends - Kamil, Amna and Saadi - on their journey of bravery and self-discovery. The 11-year-olds face off against the neighbourhood bullies, an act of courage that endows them with super-powers. The boys Kamil and Saadi have super hearing and calculation abilities, while Amna has super-speed. They harness this power to beat out all the evil elements that plague their hometown. Instead of providing a conventional superhero, 3 Bahadur elevates the trio to the position of superheroes, with the aim of helping kids realise their potential. In Sharmeen’s own words, the basic message being sent through the film is this: "You don’t need to be a superhero. You already are a superhero."

Why we are looking forward to it: 3 Bahadur will mark two firsts in Pakistan: it will be the country’s first 3D animated feature film and first film made specifically for children. With Sharmeen at the helm, we have assurance that the production quality will be top-notch (expectations that have been met so far with the film’s trailer). What’s more, it’s high time that young audiences in Pakistan are provided with role models that look like them, speak their language, live in cities similar to their own and face the kind of problems that they face.

Hijrat marks the celluloid debut not only of its director but also of its young lead pair. Veteran television director/producer Farouq Mengal makes the jump to the big screen with a love story that unfolds in the backdrop of the Afghan refugee crisis. The gorgeous Rabia Butt, who has been looking fabulous of late on the fashion runway and in print, plays a Pakistani doctor working with displaced Afghan migrants in refugee camps, where she meets the man who will steal her heart. Model-turned-actor Asad Zaman plays Rabia’s love interest - the tragic Afghan looking to forget his troubled past.

"They were refugees… the exodus broke their spirits… the shelter broke their hearts… Hijrat breaks their story," reads the official tagline of the movie. While it brings into focus the heartbreak of numerous homeless lives forced to flee their country to escape the ravages of war, the refugee crisis serves only as a poignant backdrop to what is essentially a romantic tale. Shot in Quetta, Istanbul and parts of Europe, the BTS images from the film look intense and beautifully shot. Another model, Rubab Ali, is also part of the project and from what we can gather, she’s the one who will be delivering the masala quotient.

Why we are looking forward to it: With so many good-looking people together, Hijrat promises to be a sight for sore eyes! Moreover, Farouq Mengal is known for his impactful television productions and if he brings a similar aesthetic to the movie, we can hope for a dramatic and enjoyable cinematic experience.