Sunny’s days are over

No animal should have to die, only to remind the Zoo to carry out its duty properly 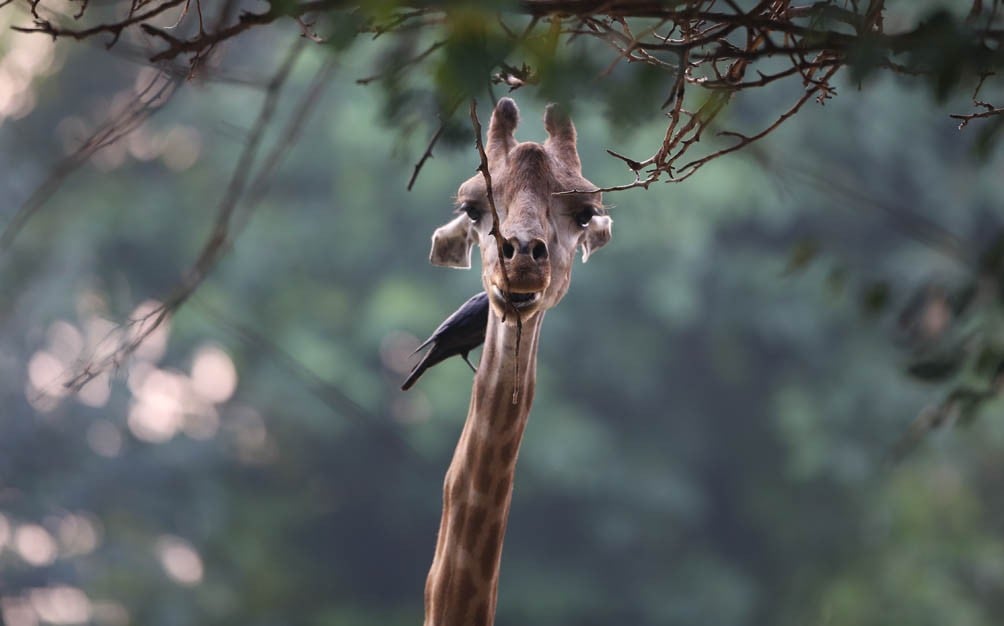 I, along with millions of other Lahoris, stood outside the giraffe enclosure inside the Lahore Zoo and looked up in awe as those mysterious animals walked about their fenced abode. We have all stood there and posed and taken pictures with the giraffe in the background. Now that very enclosure stands empty and barren grieving the loss of its last inhabitant, Sunny the giraffe.

Sunny was quite like us Lahoris. He stood in his enclosure and braved the soaring temperatures in summer as well as the chills in December. He probably inhaled extreme amounts of polluted air with carcinogens and other pollutants, just like we do on a daily basis. Despite his shift from South Africa to Lahore in 2007, Sunny had grown accustomed to his ‘home’ here at the Lahore Zoo, only to leave it so soon.

While we debate over ‘more serious’ issues such as Pakistan’s involvement in Yemen, the intervention of government organisations to prevent freedom of speech, and the latest political drama over the riggings in Karachi, the death of this yellow-and-brown spotted animal seems so insignificant. However, it is just as important and deserves as much attention as any other story.

Sunny’s death not only reveals the incompetence of the Lahore Zoo in checking up on the animal’s health regularly but also highlights their inability to treat them for any disease they are suffering from to give them the best possible chance of survival by diagnosing the ailment early.

Millions of species become extinct every day and us humans play a vital role in making many of them endangered. Sunny’s death could have been avoided. Just because he was an animal living in captivity with a slightly silly name does not mean his death should go unnoticed.

In the past, the Lahore Zoo has been infamous for its inability to take care of its animals properly, and it seems that old ghost may be coming back to haunt them. The Zoo as a conservation facility should be playing a greater role in the maintenance of these animals rather than contributing to their death.

Sunny, your presence at the Lahore Zoo will truly be missed! The Zoo may bring in more giraffes to inhabit that enclosure you once grazed upon, your loss will stay with us always.

I may not have known you properly or been able to pinpoint you out of the other two giraffes that used to share your enclosure but I wish I could have done something to contribute to better living conditions for the animals in the Zoo in extreme weather conditions as well as to prevent your untimely death.

While it is understandable that the Zoo cannot shift locations and is trapped between two of the busiest and most polluted streets in Lahore, the Zoo can do much to increase the living standards and decrease the pollution levels. We fought and protested against the bridge being built on Jail Road and on Shadman Chowk because it would have an adverse environmental impact with all the increased amount of traffic. Where are those same people now? Sunny probably died due to exposure to such pollution which caused him to develop lung cancer and his heart to fail and end his life. Is this not an environmental hazard? Did Sunny not deserve our attention compared to an inanimate bridge that caused such a huge uproar in every class of our society?

I can only hope that Sunny did not die in vain and that his death has taught the Zoo keepers to take greater care of their animals and perform regular checkups to diagnose any irregularities. No animal should have to die only to remind the Zoo to carry out its duty properly without any negligence.

The Zoo should be adding more animals to its repertoire to build up its status as a conservation facility and sprucing up its enclosures rather than showcasing empty ones and losing animals.

Sunny’s days are over