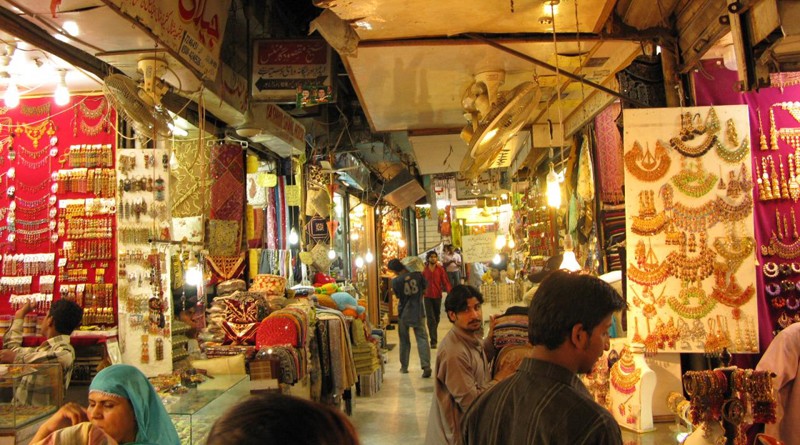 With the temperature rising by the day, the ruling PML-N has come up with a plan to conserve energy to cope with the expected long outages.

The Cabinet Committee on Energy, headed by Prime Minister Nawaz Sharif, recently decided that the wedding halls in the capital Islamabad would close by 10pm, markets by 8pm and restaurants by 11pm as a measure to conserve energy.

It was suggested that the same pattern should be followed in the most populated province of Punjab -- to set an example for other provinces. Production of energy efficient electronic products would be encouraged and efforts made to create awareness for conservation of energy in industries, the Committee proposed.

Many traders’ groups, with opposing political affiliations, had moved the Lahore High Court against the conservation scheme terming it an "anti-business" move, a petition that has been set aside by the court.

"Bureaucrats are misguiding the government. We should be taken on board in decision-making," says Naeem Mir, leader of a traders’ association. "The government should take all the traders into confidence about the timings of markets and shops’ closure."

"The governments always target the Punjab traders for energy conservation ignoring such implementation in other provinces. This is discriminatory," says Ashraf Bhatti, a trader in Anarkali bazaar. "The last time it was implemented in Lahore, the cantonment markets remained open and all customers rushed to the Fortress Stadium."

On the contrary, many people other than traders are receptive to the idea. They believe there should be a culture of conservation and permanent timings for shops and markets, like other countries, especially in the region. A lot of them are concerned about the labour that works in these shops for more than 12 hours. "If the shops open and close early, the young employees working with these traders will be happy too as they will be able to spend time with friends. Think of young minds who want to play games, watch tv, roam around, etc." comments Ahmed Waleed on a Facebook thread discussing the subject.

The government’s decision to implement the plan in Punjab to sell it as a model that can be emulated in other provinces is not the whole truth. Punjab being the most populated of all provinces can add some real value in any conservation plan the government may have.

However, most people agree this culture would take time to flourish.

"We sit almost free after 9:30pm in shops but we are asked to keep the shop open and wait for customers," says Muhammad Waqas, a salesman in a cloth shop in one of the Lahore markets. "The number of customers after 10pm is generally very low."

"In Germany, they save power by making houses with too many windows. Secondly, they have planned their hours and relaxed their routine life. Only, restaurants and medical stores are allowed to remain open till late only on weekends," says Mahmood Afzal, a Pakistani-German. Less working hours allow people time for other activities like going to gym, doing some sport, going to parks or having other hobbies. They get more sleep time and wake up fresh, he says.

This is not the first time that such an announcement has been made. Pakistan has experimented with conservation plans earlier -- two holidays in a week, putting clocks one hour behind, closing shops early and distributing free energy-savers. But somehow the overall impact has remained minimal. There was huge resistance to some of these measures and the trading class was on the forefront of those who opposed.

By and large, common people are open to the idea. "We can save a lot of electricity through conservation and bring some sanity to the city’s traffic. Lahore looked lot better at night the last time the decision to close markets early was implemented. It was a pleasure to drive through the city at night," says Humaira Ahmed, a school teacher. Besides it is so good for the environment, she says.

The debate whether to generate electricity or conserve it is almost a decade old, though the ideal solution would include both. The earlier conservation plans aimed to reduce loadshedding by 33 per cent and save up to 500MW electricity per day.

"There is a need to develop this habit of early closure of markets. But it will take time," says Mian Muhammad Saleem, a traders’ representative in Lahore. "It can be done with mutual understanding."

Saleem acknowledges that now people enjoy the fact that marriage receptions in wedding halls end at 10pm. He urges the need to develop this culture of early shopping hours and bringing the traders on one table.

The government’s decision to implement the plan in Punjab to sell it as a model that can be emulated in other provinces is not the whole truth. Punjab being the most populated of all provinces can add some real value in any conservation plan the government may have -- it is the province that consumes the most electricity and is therefore automatically the province that will end up saving the most.