Now that Zakiur Rehman Lakhvi has been finally released on bail, it is time to question if the government was serious at all in securing his detention 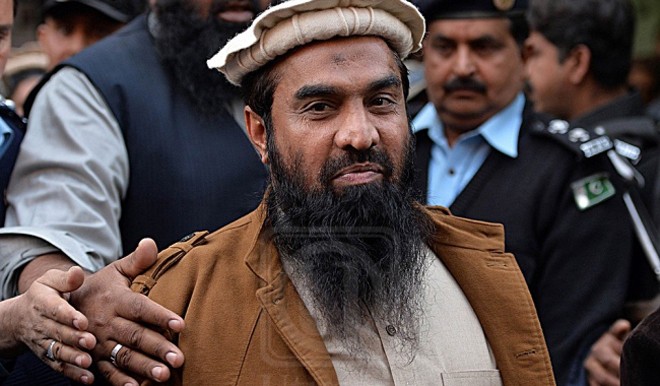 The release of the Lashkar-e-Taiba’s (LeT) chief operational commander Zakiur Rehman Lakhvi, more than six years after the 2008 Mumbai terrorist attacks, and that too because of lack of evidence against the accused to keep him behind the bars, has given credence to the notion that the Pakistani authorities were never serious in prosecuting the alleged mastermind of the 26/11 attacks.

Hardly 48 hours after the Indian Prime Minister Narendra Modi had expressed his willingness [on April 8]to discuss all unresolved issues with Pakistan, but only under a violence-free environment, Lakhvi was ordered to be released by the Islamabad High Court after four months of legal argument as to the validity of his detention.

He was promptly released from the Adiala Jail in Rawalpindion April 10 on a bail bond of Rs1 millionand shifted to his home district of Okara, which is also the hometown of Ajmal Kasab, thelone surviving Mumbai attacker, who was caught alive by the Indian authorities and subsequently hanged in November 2012.

As per the Islamabad High Court (IHC) verdict, Lakhvi was released on bail because of the government’s failure to present sufficient evidence that could justify his continued detention by the authorities under Maintenance of Public Order Ordinance (MPO), after he was bailed out by the trial court (Anti Terrorist Court of Rawalpindi) in the Mumbai attacks case due to lack of evidence.

Lakhvi was formally charged with planning and helping execute the Mumbai terrorist attacks on November 25, 2009, almost a year after his arrest. Since then, his trial was moving at a snail’s pace, having been heard by seven different judges, many of whom had expressed their inability to continue with the case due to security threats.

As he has finally been released from captivity, there are fears that Lakhvi would be free to step up his passion for jehad against India. It has been said that he used to live like a prince in the Adiala Jail for more than six years, ever since his December 2008 arrest from the Muzaffarabad headquarters of the LeT for his alleged role in the Mumbai attacks.

His release has been met with international condemnation from the United States, England, France and many other major countries, because the bloody carnage had also killed 28 foreigners.

The FIA’s special prosecutor told the court that the trial has not been delayed because of the prosecution but because of multiple applications filed by the defence counsel of Lakhvi.

In response to the Indian Prime Minister’s condemnation of Lakhvi’s release, the Pakistani Foreign Office spokesman said the long delay by India in releasing evidence against Lakhvi not only held up the prosecution but created legal complications which actually allowed him to slip away. However, the Islamabad High Court (IHC) observed in its release verdict that the government prosecutors had failed to produce sufficient evidence to the court to justify Lakhvi’s continued detention under the Maintenance of Public Order Ordinance (MPO).

The Islamabad court observation seems true because the federal government’s legal team never appeared serious in securing Zaki Lakhvi’s detention. They not only failed to produce the relevant records before the IHC, they also delayed referring the matter to the review board to extend his detention under MPO. On March 13, 2015, the IHC set aside Lakhvi’s detention order, observing that the prosecution failed to produce the material "on the basis of which, it could be ascertained that the detention of the petitioner (Lakhvi) is justified".

Lakhvi was detained under the Maintenance of Public Order (MPO) on December 18, 2014, the day the Anti Terrorism Court (ATC) in Islamabad granted him post-arrest bail in the Mumbai attacks case. On December 29, 2014, while hearing a petition filed by Lakhvi challenging his detention, the IHC suspended his detention order. However, on January 7, 2015, the Supreme Court had restored Lakhvi’s detention and directed the IHC to decide the matter after hearing the stance of the government.

Having heard the case for three months, the IHC once again set aside his detention order, saying that the government lawyers had failed to provide evidence to justify his detention.

Even though Lakhvi’s release is good news for the leadership of the Lashkar-e-Taiba and Jamaat-ud-Daawa, it is set to further damage the already strained Indo-Pak relations.

In fact, passion for jehad against India has been the defining feature of Lakhvi’s life. In the aftermath of the Mumbai attacks, it was Ajmal Kasab who had first named Lakhvi as his trainer and the chief plotter of the attacks.

On December 7, 2008 groaning under mounting international pressure, the Pakistani authorities arrested Lakhvi and 12 other LeT operatives. Yet, despite an Indian demand for his extradition, Pakistan refused to hand over any of them to India, saying it would hold the trial of the alleged planners on its own since all those arrested were Pakistani citizens. But more than six years later, it seems the trial is going nowhere.

Three days after ordering Lakhvi’s release on bail, the IHC directed the Rawalpindi Anti Terrorism Court to wrap up the trial of Mumbai attackers within two months. While hearing the Federal Investigation Agency’s plea for cancellation of the bail granted to Lakhvi, the court allowed the FIA to examine 22 more witnesses of its choice within the next two months so that the trial could be concluded. A two-judge bench instructed the FIA and the defence counsels to abstain from any unnecessary adjournments.

The court has laid down the condition that any further adjournments by either party would go in favour of the opposite party.

Some 52 witnesses out of a total of 156 have so far been examined by the trial court. The FIA’s special prosecutor subsequently told the court that the trial has not been delayed because of the prosecution but because of multiple applications filed by the defence counsel of Lakhvi. He reminded the court that the defence side took 57 adjournments while the prosecution side took only 17 adjournments in the case so far.

Amidst these developments, both India and Pakistan once again find themselves in a stalemate situation, unable to move forward or back. Under these circumstances, security analysts believe it would be wise for the Pakistani security establishment to go hammer and tongs against all terrorists, both ‘good’ and ‘bad’, in line with the objectives and the spirit of the National Action Plan developed after the Army Public School massacre of December 2014.