What is the way forward for Pakistan in the landscape of the Middle East that is fast changing and new developments are taking place? 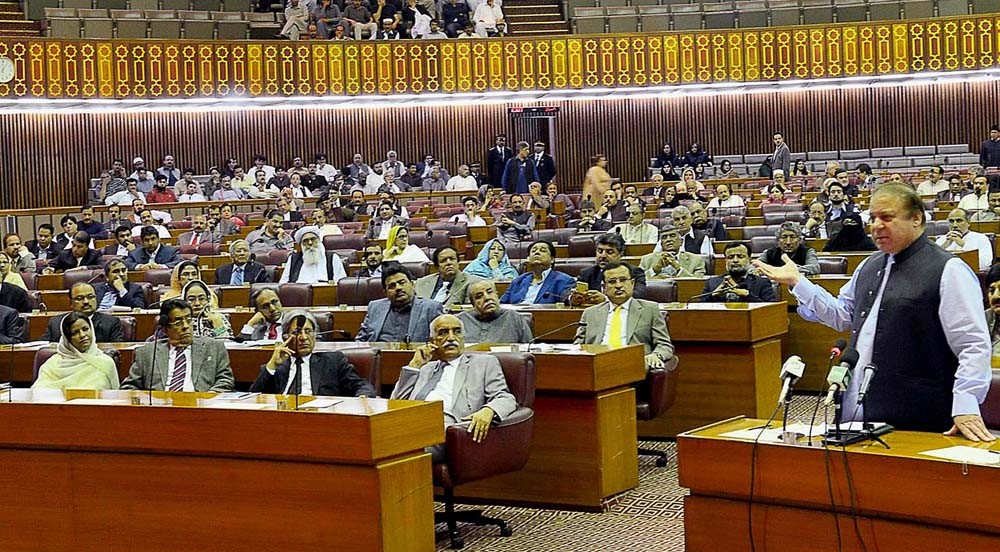 Recently the discussion on Yemen in Pakistan has taken a turn from being a conflict between the Houthi rebels and President Hadi, to one of protecting the ‘territorial integrity’ of Saudi Arabia. The defence minister of Pakistan has mentioned it and on April 9, 2015 a rally was even taken out in Islamabad demanding that the government of Pakistan take action to protect the holy places in Saudi Arabia.

Interestingly, the reality is that the Houthi rebels are in fact moving south from their base in northern Yemen and away from the border with Saudi Arabia. Therefore, with even a stretch of imagination there is no danger to the territorial integrity of Saudi Arabia. Saudia Arabia simply wants Pakistan to help it quell the Houthi rebellion since it fears Iranian support of the rebels and sees it as an attempt by Iran to undermine Saudi Arabia in its own backyard.

From its inception Pakistan has been keen on developing relations with the Middle East and the Islamic world. Statements on Islamic solidarity and brotherhood have been repeatedly made since independence full of honest hope and aspiration. But do we really have experts or institutions that can inform and guide us about the future roadmap and the way forward?

The landscape of the Middle East is fast changing and new developments are taking place. Libya, Syria, Iraq and Yemen are facing political turmoil whereas the countries like Tunisia and Egypt have gone through the same situation in the recent past.

There are several think tanks operating in the country and all of them produce several research papers and policy briefs. However, one is baffled to know that the foreign policy experts on the region which is assumed to be religiously and culturally aligned with Pakistan have kept their mum. It is even more interesting to note their contribution to the foreign policy framework particularly when it comes to the Middle East and South Asia is very little.

I have never come across the statistics of Saudi companies. It is noteworthy that the Saudi model of funding is fundamentally different from the Western model of aid. Instead of reaching out to the grass root civil society organisations in a transparent manner, the Saudis and their Gulf neighbours are tendentious to inject the money through government coffers. Nevertheless, the impact of the assessment seems to be a missing piece in the jigsaw.

The undue overemphasis of the researchers and policy makers in the country on India and US is not helping the cause of our country to formulate an independent, well thought out and well informed policy of Pakistan on the global scene.

The dearth of sound and rigorous research centres in the country has left us to the whims of the government officials and not surprisingly, the officials seem dumbstruck as the events are unfolding in the Middle East. With a new phase of power struggle in naturally endowed region, Pakistan needs to pick a side, it seems. Alternatively, knowing Pakistan’s foreign policy trajectory, my guess would be that they have made up their minds on the future strategy.

We are reminded of a conversation with a foreign delegate on a conference who provided us a food for thought by pointing a pertinent fact that the focus of Pakistani researchers is entirely either US or India centric. During the conference, it was revealed to us that even undergraduate level Indian students conduct researches on relations with minnow countries in international geopolitics like Sri Lanka and the Maldives. The focus of the research subjects now needs to be shifted to countries like Yemen and even Saudi Arabia and it is incumbent upon is to delve deeper into particulars of the policy issues related to these countries.

The undue overemphasis of the researchers and policy makers in the country on India and US is not helping the cause of our country to formulate an independent, well thought out and well informed policy of Pakistan on the global scene. Equal responsibility lies on the shoulders of research centres and think tanks to train the policymakers to build their capacities and create awareness on the issues of international significance. There is a dire need for the researchers to diversify their interests and subjects of researches in realms of foreign policy.

BRICS, the clique of the emerging superpowers, does not feature anywhere in the discourse on foreign or economic policy in Pakistan. The assessment of economic potential of trade and business activity with Russia, Brazil and South Africa are non-existent. Similarly absent from the discourse are the regions of Latin America, Africa, and Eastern Europe. Rather than jumping on the bandwagon, the researchers must indulge in the practices which can be beneficial for the economic and political growth of the country.

It is imperative to engage the representatives of these countries viz. diplomats, ambassadors and business community into productive strategic and policy dialogues and take advantage of the commercial opportunities offered by these countries. The role of the state in BRICS provides us with thought provoking lessons and insightful experiences. The state have been innovative and proactive, so say the least in their approach to respond to address the development challenges facing these countries.

The supposed all weather friend of Pakistan, China, fails to resonate well with the researchers. The business community will largely benefit from the reorientation of the policy. Sharing some of the suggestions of my friends, this could be rest assured that subjects like game theory, institutional economics and data analytics of Chinese politics, economic policy analysis and commercial activities will reveal new insights for the policymakers which ultimately will benefit the public.

Likewise, Nigeria, an economic giant in Africa for that matter does not get much attention either. There were fiercely contested elections in the country and the incumbent Goodluck Jonathan transferred the power to a veteran politician and former military dictator, Muhammadu Buhari. Not to mention the lessons which Pakistan can glean in terms of military reforms and power transition, the country offers various research opportunities for economics and politics.

We would take this opportunity to highlight the significance of media in formulation, implementation and evaluation of the foreign policy in the country and build a balanced, well-informed discourse on the issues by the scholars who are cognizant of the situation rather than seeking opinions from all and sundry.

The way events are shaping up in the region, one can arrive at the conclusion that Yemen is not going to be the final frontier for either Saudis or Iranian in their ferocious "Scramble for the Middle East" to reclaim the influence in their common backyard. However, this event leaves us with an important lesson -- we need to think and devise a more informed foreign policy. As scholars trained in historical studies, we deem this our prime responsibility to underscore the significance of historical causes of the conflict and urge the aspiring researches to integrate the important structural factors into the calculus of strategic and conflict analysis.

Finally, the research input from the scholars need to be integrated into the broader policy framework. Several bottlenecks and hurdles do not allow this integration for Pakistan to actualise its true potential in international arena. Pakistan needs to be a regional leader and this is an important task; we must strongly endeavour to live up to it.