The bridge of history 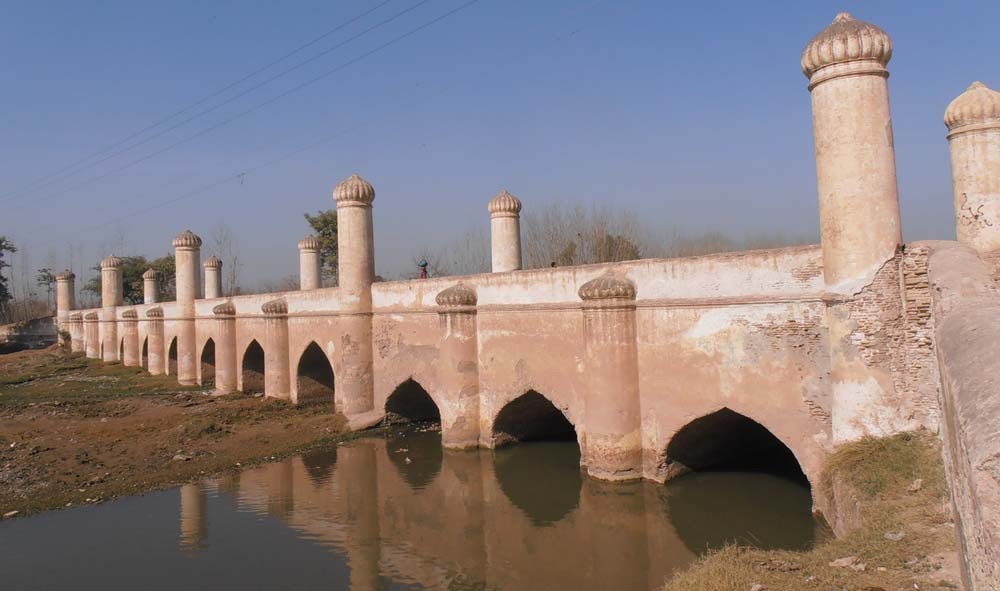 My friend Hussain Shah was a freethinking soul during his student life and, going by the intellectual trends of late 1970s, was considered left-of-centre.

Radical views ran in Shah’s family. His favourite maternal uncle had nationalist views and joined the ‘red shirts’ of the Frontier in a civil disobedience movement against the British rule. Likewise, Shah’s free soul compelled him to resist the established order and harsh dictates of General Ziaul Haq.

Though his radicalism was limited to heated debates in the college and other social gatherings, it was clear his views about social equality were closer to what was preached through Sputnik, the politico-literary magazine published from Soviet Union. Sputnik, with its limited circulation in Pakistan, countered the ‘propaganda’ against the Russian Revolution and the communist Eastern Europe spread through the popular American magazine Readers Digest.

In 1979, Shah left Peshawar to join Gordon College in First Year. There he joined a group of radicals who believed Asia was red. One day this group decided to show their attachment with the Russian Revolution by watching the classic film Doctor Zhivago at Feroze Cinema in Rawalpindi’s Saddar Bazaar. They remained glued to the screen for three hours. The film, supposed to be a litmus test of their commitment to the leftist cause, turned out to be their patience test -- because they could not understand a single dialogue spoken in the film due to their limited knowledge of English.

While treading towards their hostel after the late night show, this group of radical students realised that their linguistic constraints had left them clueless about the main theme of the film.

But Hussain Shah lifted their morale by telling them that their lack of understanding of the revolutionary theme could be compensated by their knowledge, gained through the visuals in the film, about the interior decoration of houses owned by Russian aristocracy at the time of the communist revolution. The proletariat spirit of the group was satisfied. The test was duly cleared.

Until decades after the incident, Shah could split into uncontrollable laughter about follies committed in the name of progressive student’s movement. Even though he has mellowed down, more so after he joined the civil services of Khyber Pakhtunkhwa, the bubbling spirit in him takes you down the memory lane -- to the time when Peshawar was a city full of life.

Recently, he took me in and around Peshawar to see the antiquities of his choice.

The destination of the day was the Mughal Bridge in a Peshawar suburb. It was solidly build over the perennial Bara stream that transforms into a raging river during rainy seasons. It is a marvel of medieval era civil engineering, which ensured the façade’s beauty without compromising the structural strength needed to withstand flashfloods which flowed through its 12 arched tunnels. The 12 arches are supported by cylindrical columns of solid brickwork on each side (13 in number respectively) that disperse force of rushing water.

It is apparent that the builders were well-aware of the gradient, hydrology and the flow of water through this stream. That also explains why the eastern end of the bridge was strengthened; the full force of water still strikes the same right bank.

The symmetry and beauty of the structure are stunning. Five of these cylindrical columns on each side protrude about 10 feet above the bridge and are crowned by cupolas.

The bridge was built to facilitate travellers and troops coming through the Khyber Pass, bypassing Peshawar, and crossing over to the plains of India. It is evident from the fact that a marble tablet was fixed on the first left column facing the West. However this tablet has gone missing due to vandalism. And with it we lost the most authentic source of information about this bridge.

This bridge finds no mention in the Gazetteer of the Peshawar District (1897-98), however, it gives a detailed description of the Bara stream. Quoting one "Major James" who thought that perhaps the stream mentioned in Baburnama by the name of Siah-Aab flowing in the vicinity of Peshawar is the same Bara stream; though he admitted that this name is now not traceable locally.

This stream originates from the hills of Bara Tehsil, fed by natural springs and water from a tributary called Tirah-Toi, which has a catchment area in Tirah valley. It has been known for centuries that after rains in the Tirah hills this stream becomes a muddy torrent, which renders it impassable for several days.

During the British rule this stream fed the gardens of Peshawar cantonment. This bridge was built out of necessity for travellers coming from Afghanistan. And the early Mughals encouraged traffic coming from the West of Peshawar, considering Kabul and its environs were their powerbase.

The Mughal theory of retaining a "strategic depth" in Kabul in the formative years of their rule, before Akbar could consolidate position in Indian hinterland, was but practical political wisdom in the medieval chessboard.

The Bara stream spread a rich alluvial soil on the plain where the famous Bara rice was grown. According to the Gazetteer, during the Sikh rule the entire produce of this Bara rice was brought to Peshawar, "where the best portion was preserved for seed, the next best was sent to Ranjit Singh at Lahore and the remainder was given to the Zamindars."

It is also recorded in the Gazetteer that a serious dispute arose in 1887 on the usage of water from this stream "between the Khalils with the lower Momands" of Peshawar which raged for a considerable time with huge loss of lives on both sides.

According to Salman Rashid, a writer with interest in history and archaeology, this bridge was built somewhere between 1585 and 1620, either in the times of Mughal Emperors Akbar or Jehangir. Rashid favours Akbar because of the distinct architecture of this bridge and that the Emperor has left similar footprints at Attock Fort and made two pillars in Indus River opposite the fort to strengthen the boat bridge.

Major Henry Raverty’s voluminous Notes on Afghanistan and Baluchistan, published in 1888, that describes various routes between Kabul and the Indian frontiers in detail, also fails to mention this beautiful bridge.

However, history tells us that Emperor Akbar passed through this route in mid-1581 on way to Kabul to subdue Mirza Muhammad Hakim, his half brother, who was given Kabul but crossed over to Punjab with the view to annex it to his territories. This being the rainy season, the torrent in Bara stream may have disturbed his movement.

His next movement towards Afghanistan occurred after the conquest of Kashmir, when he turned West in January 1585, and camped at Attock Fort. Akbar’s primary concerns to appoint the governor of Kabul after the death of Mirza Hakim, his half-brother, take punitive action against the marauding Yousifzais of Swat and to subdue Bayzid, the self proclaimed prophet of ‘Roshana sect’ of Tirah valley. Raja Man-Singh was already sent in advance and may be this bridge was then built to facilitate the royal movement.

That day we crossed the bridge on foot towards the East, descended on to the right bank, where groups of people were busy washing automobiles, bathing mules, and cleaning fresh vegetables to be sold in the market. Over the bridge the metalled road connects farms along this stream to the city’s vegetable market.

Hussain Shah engaged a few groups into conversation with the usual question that who made this bridge. The answer remained the same -- Mughals.

About a hundred metres away from this site was a massive banyan tree with roots hanging down like dishevelled beard. It had spread across the road and had partially enveloped a double storyed government school. Under this massive tree were a few graves reverently draped in green cloth, surrounded by a short boundary wall and a mosque. A teenager loitering around told us this place is known as Choha Gujjar -- and so is the school, as displayed on the board on the front gate.

The tree is old but not as old as the bridge. It must have had provided shade to those travelling between Peshawar and Nowshera, along the "King’s Highway" which is so eloquently described by Major H.G. Raverty during his westward journey undertaken in 1888 from "Lahor to Kabool".

My friend Hussain Shah turned the car towards Kohati Gate in old Peshawar. Somewhere in the vicinity of this gate is Durrani Graveyard where rumours hold that a treasure lies buried in an unmarked grave, and that such treasure usually surfaces after heavy rains. I turned to the weather forecast which showed wet weather the next weekend. So, the trip was deferred for another week.

Next, we drove to Namak Mandi, Peshawar’s culinary centre, where we devoured karahi gosht from the infamous Charsi (Hashish) Tikka shop.

The bridge of history 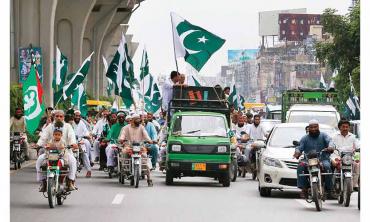 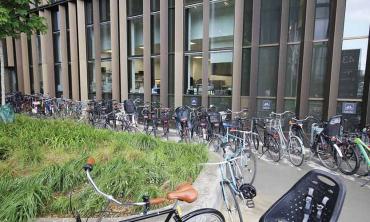 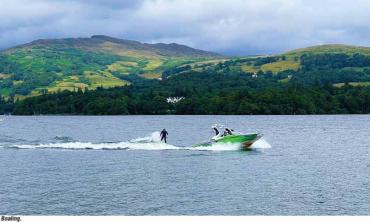