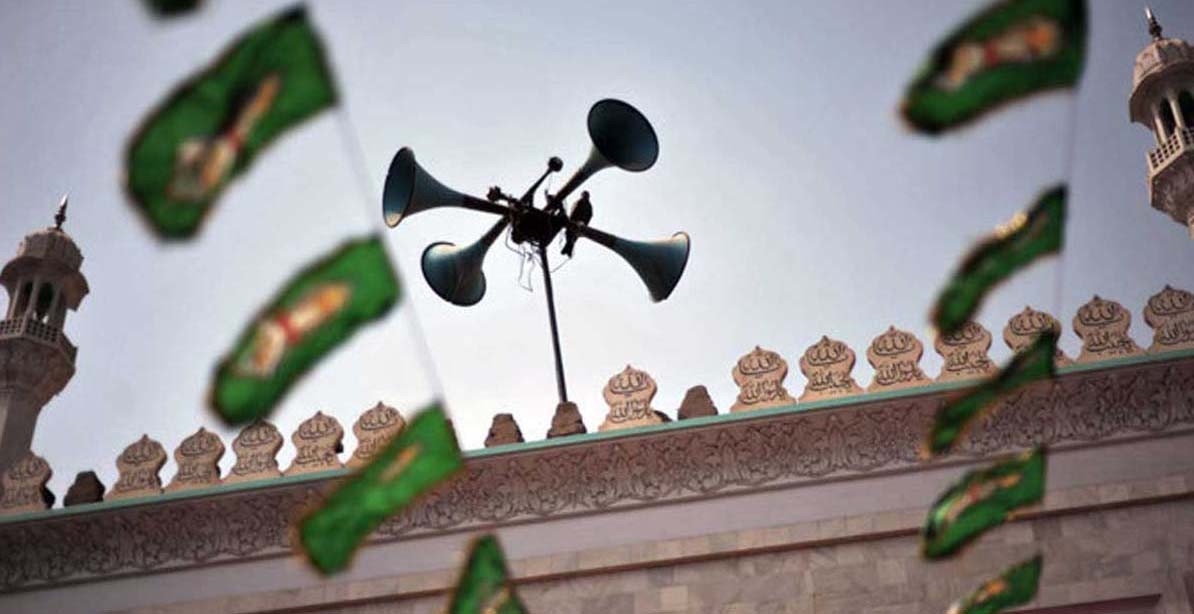 Following up with the counterterrorism plan of action, the police raided several hundred bookstores and offices of publishers throughout the country in January. This entailed thousands of arrests and confiscation of printed, audio and visual material. The seizures from Urdu Bazaar, Lahore were the highest as it is the largest site of the printing and publishing business in the country.

According to Amjad Saleem Minhas, Director of Sanjh Publishers, "About 90 per cent of the business in Urdu Bazaar Lahore survives on printing religious books and a large chunk of it is inflammatory and derogatory against different Muslim sects and religions while the publishers and users of the materials include various Madrassas."

The police also launched a crackdown against the abuse of loudspeakers in mosques. A new law carrying heavier penalties was introduced days before the arrests of several hundred accused in Punjab province alone.

The arrested persons succeeded in securing release on bail using two alibis. The publishers argued that the government never specifically banned the publications in question whereas those accused of misuse of sound amplifiers reported that they were merely reciting holy verses. This shows that the issue of hate speech needs a broader, cohesive and serious response in the area of public policy rather than scattered administrative measures.

Considering the above example of inconsistency in the public policy, the hate speech is likely to find a strong alibi in its favour if the education policy was used as a standard. This area needs immediate attention considering that hate speech in the textbooks is pervasive and acute while more than 37 million students and teachers in the country use textbooks every day.

Despite painstaking efforts by experts over the years to highlight this problem, the textbooks in 2014 were no different than before. These books are approved by the Punjab Textbook Board. However, the studies carried out annually by National Commission for Justice and Peace since 2010 show that textbooks in Sindh, Khyber Pakhtunkhwa and Balochistan, were not healthier.

The History textbook for first year class of FA published by Standard Book Center and approved by Federal Board for Intermediate wants student to believe that "Hindus consumed urine of cow and women of easy virtue occupied Hindu temples"(page 4). In 2015 the course was replaced by Tareekh-e-Islam. The preface of this textbook is devoted to highlighting blasphemy against Islam by non-Muslims. Textbooks for languages, Islamic and social studies carry frequent remarks disrespecting religious diversity and illogical comparison between different creeds.

Ostensibly these textbooks pose equal, if not greater, risk of incitement to violence in the name of religion because of the sheer size of readership as well as their function and status. Stuffed with factual misrepresentations, negative portrayal of minority religions in Pakistan and stereotypes, the textbooks for schools and colleges promote a mindset misfit to live in peace with the world at large.

The textbooks are mostly copy pasted rather than authored and printed in Urdu Bazaar largely by private publishers. Authors increase the hate material trying to compete with one another.

The five education policy reviews since 1959 only added to the problem rather than addressing it as the education sector was assigned to fulfill certain political objectives of each regime rather than educating the nation. Besides low budgetary allocation, institutional overlap of responsibility and privatisation of publishing, the complacent curriculum review process was responsible for allowing the religious biases to creep into textbooks and contaminate the environment of educational institutions.

After the devolution of power to provinces under 18th Amendment, each province adopted different institutional approaches though ending up with similar and dismal results.

According to data compiled by Dr Baela Raza Jameel, the Balochistan province has a Curriculum Bureau and Textbook Board, mostly borrowing their textbooks and policy from Punjab. The Punjab government set up an Education Commission in 2011 only to abolish it in 2013. The Punjab Curriculum Authority was created in 2012 that worked along with Punjab Textbook Board. These two bodies were merged into one Curriculum and Textbook Board in February 2015 through a provincial legislation.

Despite a large resource base, Punjab did not achieve better than Balochistan in review of textbooks due to institutional overlap and swift changes. The incumbent government in Khyber Pakhtunkhwa was quick to reverse some positive changes that the Awami National Party’s government introduced in textbooks in 2012.

The Sindh government recently announced that it will introduce Quaid-e-Azam’s hallmark speech on August 11, 1947 to encourage plurality and nondiscrimination but has taken eight long years to review textbooks. It also formed an Advisory Committee on Curriculum in 2013 that is moving at a snail’s pace.

With the abolition of Curriculum Wing at national level in 2011, the provincial governments were empowered to introduce positive changes. However, their failure to do so strengthened the centralist views which claimed that provincial autonomy was ineffective in the education sector.

In 2014, the Federal Ministry of Education set up a National Curriculum Council, involving education ministries from four provinces as well as Gilgit-Baltistan, Azad Jammu and Kashmir and FATA. The council also runs the risk of becoming toothless due to lack of consensus about its powers.

This state of affairs leaves us with a vague institutional framework and a burgeoning vacuum of responsibility disabling the governments to meet the challenge of curbing hate speech in its roots. Therefore, Prime Minister Nawaz Sharif and chief ministers of the provinces need to spare some time during the Council of Common Interest to discuss and devise a policy response to the issue. Eradicating hate speech comprehensively will require a revision of education policy, allowing religious diversity, academic freedom and acceptance of cultural plurality.

The Federal Ministry of Education can set the example by undertaking the review of textbooks for schools run by the federal government to weed out religion based hate material. After all, it is against the constitution and general law to discriminate and provoke hatred against any creed, colour, gender and race.