The spirit of Jinnah

Not many people know that among the Jinnah Papers in the British Library lies a document that records a fascinating incident -- relating to séance invoking Jinnah’s spirit on March 13, 1955 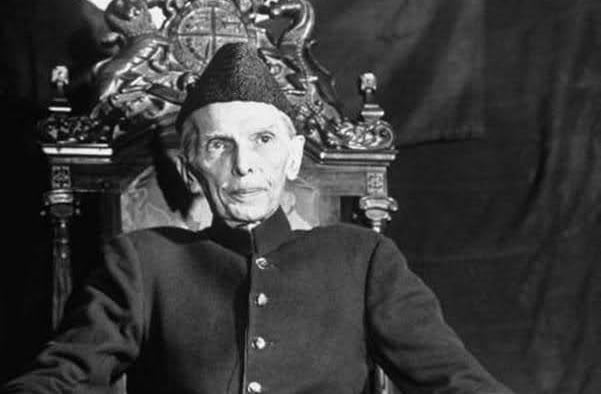 Venkat Dhulipala’s book, Creating a New Medina: State Power, Islam, and the Quest for Pakistan in Late Colonial North India, is a treasure house of information about debates and discussions relating to the idea of Pakistan during the 1940s. Many academics have, till recently, been of the opinion that Pakistan was ‘insufficiently imagined’ -- an accidental creation or by-product of the failure of Muslim League and Congress to come to a negotiated settlement about power sharing in post-British India.

Dhulipala has done meticulous archival research to look at newspapers, pamphlets, books, journals and official documents to show that the idea of Pakistan -- for both its proponents and opponents -- was not so vague and that a spirited discussion about it took place in the public sphere.

Among many interesting discussions, arguments and anecdotes mentioned in this book, the one relating to séance invoking Jinnah’s spirit is particularly fascinating. This special séance was held on March 13, 1955. Its details were recorded and made part of the Jinnah papers. Dhulipala made use of the microfilmed copy of Jinnah papers available in the British Library. I requested the director of National Documentation Centre -- Mr Qamar uz Zaman -- to provide me a copy of this document. As an enthusiastic supporter of academic research, Mr Zaman was forthcoming in his response. He located this file in the National Archives of Pakistan and sent a copy to me.

This particular file (reference number F-1067) has been open to the public for many decades but no one seemed to have taken notice of it before Venkant Dhulipala drew attention towards it.

The complete file comprises 13 pages. The brief conversation which took place between the spirit of Jinnah and the spiritualist was brief and makes up for only the last two pages in this file. The rest of the file is completely irrelevant to the séance which took place. It is mainly a record of letters sent by the managing director of The Sun Publishing House asking for some details about Jinnah’s life and ideas in order to include them in the entry on Jinnah in the next edition of Who’s Who in India, Burma and Ceylon. The director sent out a list of questions to Jinnah. This probably confused the archivist of Jinnah papers who decided to put this record along with séance as in the latter case too, questions were being asked to fill in some details. The difference was that the person asking questions was a ‘spiritualist’ and the responses were being received from the ‘spirit’ of Jinnah.

The file does not provide any context for the séance which took place on March 13, 1955. It does not disclose the location, the reasons for holding this session and the people attending it. But from the date on which this session took place and the text of the conversation, some guesses can be made.

The session took place at a very critical moment in Pakistan’s history. Governor General Malik Ghulam Muhammad had dissolved the Constituent Assembly of Pakistan in 1954. Maulvi Tamiz-ud-Din -- the President of the Assembly -- had appealed to Sindh High Court against this decision. Chief Justice of Sindh High Court -- Justice Sir George Constantine -- decreed that governor general’s decision was illegal as he did not have any power to dissolve the assembly. The governor general appealed to the Federal Court and its Chief Justice Muhammad Munir against this decision.

The séance took place when the proceedings of this appeal were about to begin in March 1955. The conversation which was recorded between the unnamed spiritualist who was hired for this purpose and Mr. Jinnah also alludes to the power of politics of that era. As can be seen from the complete text of the conversation which took place (and reproduced with this article), Mr. Jinnah’s spirit expressed his displeasure over the rift between the governor general and the president of the Constituent Assembly. He approved the use of legitimate force, if required, to restore internal peace.

Why was Jinnah’s spirit invoked? Who could possibly have conceived such an idea? What could have been the motivation for carrying out this exercise? There are some fairly straightforward answers to these questions. Jinnah being the founder of Pakistan and largely revered by all carried an aura of sanctity and respect. The ruling clique would surely have benefited if it could be shown that Jinnah was favouring the governor general in the ongoing power tussle or that he was advising his sister, Fatima Jinnah, to not join politics.

There are strong reasons to believe that the séance had been ordered by the governor general himself. Qudrat Ullah Shahab -- who was a senior bureaucrat and a ‘spiritualist’ himself -- was attached to the governor general house during the 1950s. In his famous autobiographical work, Shahabnama, Shahab has written about the time he spent with Ghulam Muhammad. According to Shahab, Ghulam Muhammad suffered from a stroke which impaired his speech and impacted his mental faculties as well. He had become unpredictable in his dealings and childish in his behaviour. Because of his physical and mental condition, he was not considered fit to run the affairs of the state.

Therefore, in all probability, it is reasonable to believe that the séance was officially arranged in the governor general’s house on the behest of Malik Ghulam Muhammad. Given his physical and mental condition and the stress of ongoing legal battle, he might have felt the need to draw strength from such a ‘spiritual’ experience.

But this still does not give an adequate explanation about the purpose of carrying out this exercise. This is because even if Jinnah’s spirit had sided with the governor general in the ongoing legal battle, this ‘opinion’ could not have mattered until and unless it had been communicated to the public. I have not come across any newspaper item reporting the details of this particular session.

Claims based on dreams and spirituality have not been uncommon to the history of Pakistan either. Since many sites of religious and spiritual importance were left behind in India, the territory of Pakistan had to be invested with an aura of spirituality. It has, therefore, led to the emergence of such popular spiritualists as Wasif Ali Wasif, Qudrat Ullah Shahab and Captain Wahid Bakhsh Sayyal Rabbani. All these ‘Pakistani Sufis’ glorified Pakistan’s spiritual pre-eminence in their writings and the role it was destined to play as the leader of the Muslim world.

Regardless of the ‘irrational’ basis of such ‘visions’, they need to be taken seriously and studied carefully for their impact in shaping aspects of Pakistan’s security policies and to analyse the ways in which Pakistanis like to think of themselves and their country.

The spirit of Jinnah