The greatest time of our lives

Whatever happens, the Australia-New Zealand World Cup final at the MCG will be the most divine fun 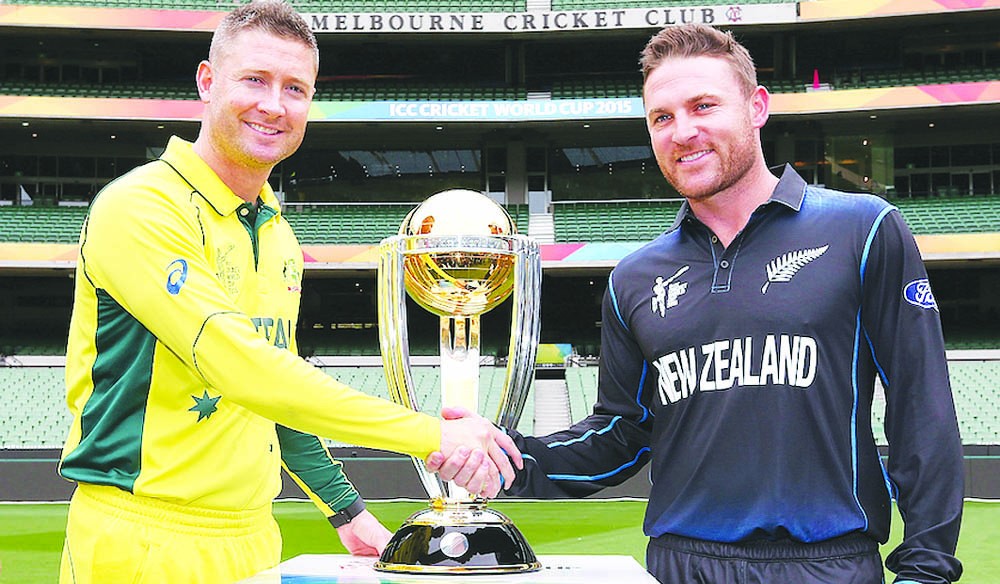 The World Cup organisers might just be born of exceptional water-divining stock. They have, with the Anzac final now lined up, struck to the very core of what a global event is all about sharing the love for the game, all drinking from the same well. It has built up to a perfect ending to a well-staged celebration of the modern game.

On Sunday, in front of a packed house at the one and only Melbourne Cricket Ground, Australia and New Zealand go to war once again. This time not as brothers in arms but as fierce rivals, a rivalry all the more meaningful for our long history together. We are brothers and will always be. On Sunday one sibling will upset the other.

As one of those proud brothers, I am stunned by the prospect. Without question, this will be the personal cricketing highlight of my life, and I sense for New Zealand too. Those six previous attempts to reach such a pinnacle have given this inspired band of men the foundation and the mindfulness and an ever-present awareness of the job they have to do.

Without the past pain, Brendon McCullum’s men today would not be ready to deliver Aotearoa its holy grail. Without the long trek endured previously, these men would not have the stomach to think so big. It has been a team effort, going back to 1975, and it will remain one. I will be there to share my gratitude at seeing a baton carried with such brilliance and daring.

What captivates me most is the style and substance of both leaders as they enter the biggest stage of their fine careers. They, along with their fine coaches, determine the team ethos and resilience. But it is the captain who ultimately

runs the cutter. Time in charge, in this case nearly four hours in the field apiece, means the captain has to steer his side no matter what.

Michael Clarke and McCullum are similar breeds. Firstly, because they have been two of the most misunderstood men in the modern game. They have both been misjudged for their words, not their deeds. What is fascinating is that they have acquired the gift of knowing what’s coming, and knowing what to do to take that next step forward. They don’t hesitate. The game, on and off the field, is constantly fluid, shaping this way and that, as they marshal proceedings at each juncture. I marvel at them both, seeing how they handle such constant pressure.

McCullum has won his nation’s heart already. He has been simply irresistible. Clarke has one more game to win, to win not only another title, a fifth, for Australia, but a better understanding from his countrymen.

Some may never warm to his style, or "get" him, but he deserves a deeper kudos. I do get Clarke, and think it will be the ultimate match-up of wills and imagination. In many ways, McCullum can’t lose, yet he won’t see it that way. And Clarke must win, and even then it may not be enough, which is madness. I say, let’s salute them both.

If New Zealand win, for the very first time they will step out of the All Blacks’ shadows. That is arguably the greatest feat of all. And yet it could be relatively short-lived, as the All Blacks will soon enough step back into the breach to defend their world rugby crown in England come September, and attempt to create an unprecedented triumph of the nation holding two World Cups at the same time, in the same year. If.

My precarious life ahead may not afford me the luxury of many more games to watch and enjoy. So this is likely to be it. The last, maybe, and I can happily live with that. To see the two sons I never had, Ross Taylor and Marty Guptill, run out in black, in sync with their close comrades, drawing on all their resolve and resilience, will be mesmerically satisfying. I will hold back tears all day long. I will gasp for air on occasions. I will feel like a nervous parent.

I will, like so many Kiwis making the short trek across the Tasman, feel this, as McCullum has stated clearly, to be the greatest cricketing time of our lives. Four million dare to believe, while 11 (and back-up) dare to achieve. Whatever happens, March 29 at the MCG will be the most divine fun ever. --Cricinfo

The greatest time of our lives