Credibility of NGOs is a major concern nowadays. The official certifying authority -- Pakistan Centre for Philanthropy -- needs government’s handholding to evaluate these organisations 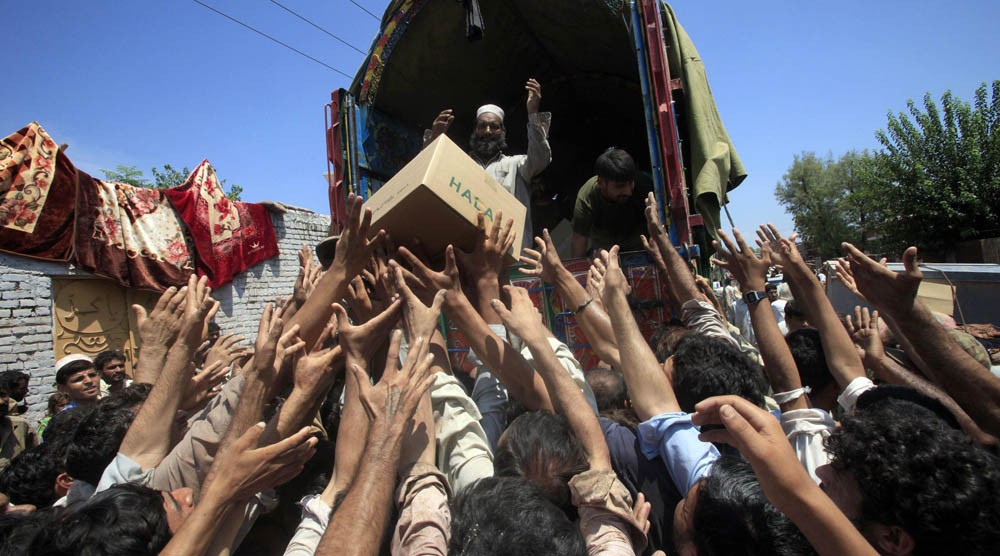 The recipients of these funds have been both the government and non-government organisations (NGOs) who are supposed to use these funds judiciously for the benefit of the targeted populations. The donor money is ideally disbursed through three service-delivery models -- the government-controlled, the privately-managed and private-public partnership. But regardless of the model in use, it is expected that the whole exercise should be redistributive in nature and transparent.

There are apprehensions that despite inflow of billions of dollars over the decades the indicators on ground have not improved much. A few instances of misuse of development funds by NGOs have also surfaced recently and lead to demand for putting accountability mechanisms in place. The introduction of Foreign Contribution Act 2013 and imposition of the condition on NGOs to get No Objection Certificate (NOC) from the government before launching their projects are also stated to be attempts to monitor this sector.

Besides, there are several donor-driven programmes that require the NGOs to regulate themselves and counter any propaganda unleashed against them. For example, there is a five-year programme -- The Assessment and Strengthening Programme (ASP) -- funded by the United States Agency for International Development (USAID). The main objective of this programme carried out in collaboration with Rural Support Programmes Network (RSPN) is to: "Enable local organisations to be more transparent, accountable and effective." The USAID has set up a helpline and a website as well where people can contact and inform them about corruption in any of their ongoing projects.

But the question is that shall one expect that this system will work and others will trust their screening done by the NGOs themselves. Against this backdrop, one wonders why foolproof systems are not put in place to purge the development sector of inefficiency, corruption and other irregularities. Or if there is a mechanism in place, is it being used properly or not?

The answer is yes. A forum exists in the form of Pakistan Centre for Philanthropy (PCP) which was established in 2001 under section 42 of The Companies Ordinance, 1984. It is an independent, nonprofit, support organisation created to facilitate collaboration among philanthropists, nonprofit organisations (NPOs) and the government for social development in Pakistan. This organisation has been authorised by the government of Pakistan as the first Non-Profit Organisation (NPO) Certification Agency vide a notification dated December 18, 2003.

The PCP certifies NPOs and the certification model consists of standards organised in three categories. The NPOs are assessed under three categories that relate to their internal governance, financial management and programme delivery. The assessment is made against 80 benchmarks which carry 1,000 marks in total. An NPO must attain an overall 60 per cent score to qualify and a minimum 50 per cent score in each of the three categories.

Though the criteria is quite comprehensive and credible, the number of NPOs certified by PCP is around 350 only. There are certain reasons for this. For example, the PCP is always short of funds and has to depend on the fees received from new certifications and renewals. The grant received from the government is too little to bear its expenses. It is not binding on NPOs to get certified by the PCP and they apply voluntarily.

PCP Executive Director Shazia Maqsood Amjad tells TNS that though the certification is voluntary, there has been a significant increase in the number of NPOs applying for it. At the moment, she says, there are 40 applications for new certifications and around 60 for renewals. She says the NPOs who are applying for extension in tax exemption are also being asked by tax commissioners to approach PCP for certification.

Shazia says it is quite unfortunate that extensive scrutiny is done by tax authorities, Intelligence Bureau, special branch of police etc at the time of registration of NGOs but nobody cares what they do afterwards. She says very few of these existed on ground and most others were there only on papers. "This aspect should be taken care of."

To qualify, an NPO has to come up to the mark under 80 heads. A few of these are mentioned here. For example, an NPO must prove that there is adequate female representation on the governing body, its governing body meets at least twice a year, it has a mechanism to replace the continuously absenting governing body members, the paid managerial staff is not related to the governing body members, it has a written recruitment policy and a mechanism to avoid conflict of interest. Besides, it has to be seen that the NPO has a joint signatory system duly approved by its governing body, it duly discloses to the public its expenditure on various heads, it reconciles its accounts with banks at regular intervals, it has a policy on disposal of assets and sufficient resources to continue its operations at current level.

Abdul Jahan, Founder Executive Director of Gilgit-Baltistan-based Mountain Institute for Educational Development (MIED), tells TNS that they had got certification from PCP which helped them identify their strengths and weaknesses. He says they (MIED) focused on its weaknesses and improved its score when it applied for renewal. He says the certification helps them a lot during interactions with donors. "The donors feel comfortable working with us as they know all our systems are streamlined."

Group Captain (retd) M Anwar Chaudhry, Administrator Trust for Education, tells TNS that at one time the government had made it compulsory for the NPOs to get certification from PCP if they wanted to enjoy tax benefits. But this compulsion is not there now. He says they got the certification in 2005 and got it renewed after three years. The benefits it accrues are many, he says, including shortlisting whenever they apply in local and international tenders. He says the trust won Rs 50 million aid from Italian government and the PCP certification had lot to do with it.

While asking the government to make this certification mandatory, Shazia invites NPOs to opt for this for their own benefit. The PCP produces a directory of certified NPOs every year which is circulated to national and international donors and diaspora communities so that they can choose their potential partners from among these, she concludes.