"There should be across the board action against criminals"

Haider Abbas Rizvi talks to TNS about the recent crisis 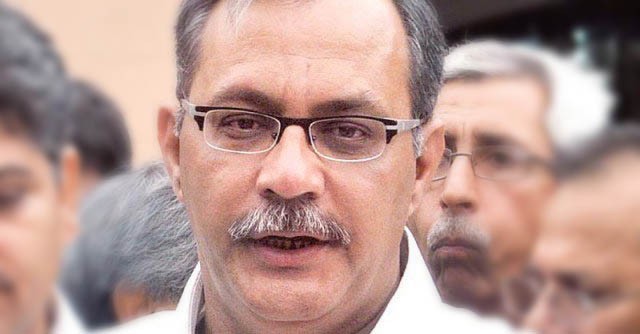 The News on Sunday (TNS): How do you look at the current crackdown against MQM?

Haider Abbas Rizvi (HAR): We are unable to understand what is going on. Actually, targeted action or targeted operation in Karachi was started on the demand of MQM.

The party has demanded an across-the-board impartial operation against criminals, terrorists and anti-social elements. We have always cooperated and supported law-enforcing agencies and their actions and I want to make it clear that a peaceful Karachi is in MQM’s favour. But we are unable to understand why the action, which had to be directed against the criminals, turned against us.

We are a middle class, liberal party. We are very clear about terrorism. We have zero tolerance for any criminal activity and violence within the party ranks.

TNS: Do you have any statistics about MQM workers who have been killed extra-judicially in the current operation?

HAR: Since the start of the operation, 27 of our workers have been murdered in extra-judicial killings. We have complete record and we are pursuing the matter of our murdered workers at all forums, mainly in the courts of law.

TNS: Would you agree that your party has a love-hate relationship with the establishment?

HAR: There are some misunderstandings which we are unable to understand. As party policy, MQM has always respected and supported the Pakistan army and intelligence agencies. We cooperated in the ongoing operation, Zarb-e-Azb, at a time when a majority of the political parties of the country were not in favour of the action against terrorists.

We arranged public rallies in favour of the army and in that rally our leader, Altaf Hussain, saluted the army. I am of the view that if there are some misunderstandings, these should be removed. We want good relations with the Pakistan army.

TNS: There is talk about the party becoming weakened over the years and may see a change of top leadership. What is the sense within the party? Is there an alternative leadership ready to take charge?

"I am of the view that if there are some misunderstandings, these should be removed. We want good relations with the Pakistan army."

HAR: It is a totally wrong perception, misleading information. I do not know why rumours are being spread in the name of free media. It is just an ongoing media trial against the party. I refute these wrong perceptions. The party is united under the leadership of Altaf Hussain and there is no thought within the party for any change in leadership.

TNS: Does MQM own Saulat Mirza?

HAR: Saulat Mirza is now not our worker. He was ousted from the party ranks in the early 1990s.

TNS: So, then, why was Mirza supported by the party during his confinement and facilitated in prison? Your party also held a protest when he was shifted to Sukkur jail?

HAR: It was purely on humanitarian ground. Mirza’s family approached the party for support. It was given to him on humanitarian grounds because until and unless the law decides about a person he should be treated as innocent. On the other hand, I assure you, even if our enemy approaches us for help we will provide him as we had provided to our Sindhi brothers in Karo Kari (honour killing) matters and against the cruelty of feudal lords of Sindh.

More on: Violence within

TNS: What do you make of the allegations of MQM’s involvement in the Baldia factory fire?

HAR: This is a baseless allegation and it has been already proven in the judicial and administrative inquiry that the fire was the result of short circuit. It is totally out of question that some workers of MQM set the factory on fire and hundreds of workers were killed due to non-payment of extortion money. MQM is a liberal and peaceful political party. We do not support such activities.

TNS: Your party started as an ethnic party in 1986. It seems, today, you are at the same position, despite your claims of being a party of all nations.

HAR: This is quite a wrong perception. It is a fact that the party has a strong support base in urban Sindh but we are the second biggest party of rural Sindh. We have support in Gilgit-Baltistan and Kashmir as well. We have workers in Punjab. We are not an ethnic party. We are a national party. You can see that we had Sindhis, Pashtuns, Baloch, and Punjabis in the high ranks of the party and even elected members.

TNS: What is the likelihood of a governor’s rule being imposed in the province and is the governor, Ishratul Ibad, on his way out?

TNS: What is the level of support that political parties have extended to MQM and is there going to be a crackdown on PPP and ANP next?

HAR: It is our principled demand that there should be across the board action against criminals and no one should be spared if he has committed a crime.

"There should be across the board action against criminals"