The case of Baloch Colony

How mines had to give way to housing societies in Karachi 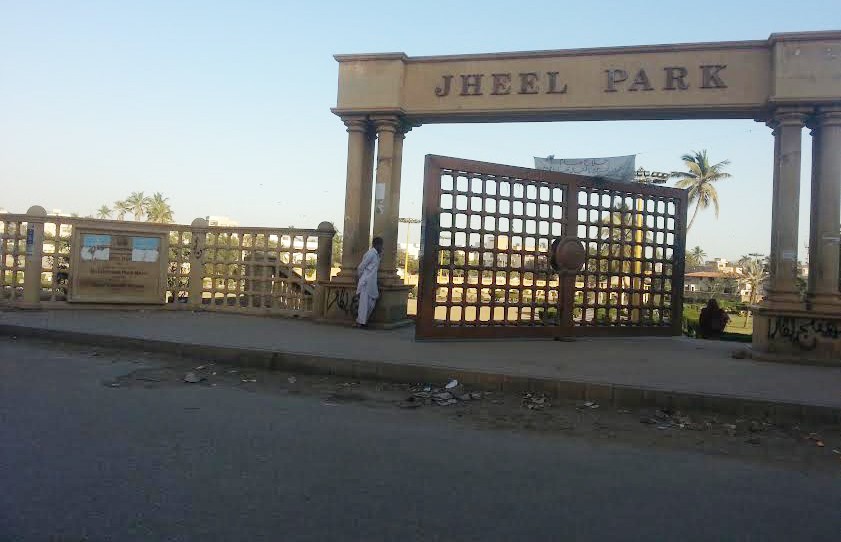 Not many people know today that Karachi once had three mines-- Kasanein Kaan (Choti Kaan) in what is Jheel Park on Tariq Road, Maznein Kaan (Bari Kaan) where we now have Hill Park, and the third one in Baloch Colony, where City School PAF Chapter is located.

At the time of partition, mining was a big industry. Labourers and contractors worked in a peaceful environment. Main markets were Kharadar and Mithadar areas on the left bank of Lyari River where they sold yellow and red colour stones and marbles. Marble would be transported on donkey, buffalo, horse and camel carts. Mines in Jheel Park were a profitable business.

Prominent footballer Ustad Waja Deen Mohammad was 11 years old at the time of partition. He grew up in the precincts of Kasanein Kaan, "where people were in the mine business," he says. "Every day, in the evening, marble loaded camel and buffalo carts would leave my neighbourhood for the main city markets. My father had a teashop in Rancho Line near Israeli Mosque."

"We received notices and orders to evacuate the areas of Kasanein Kaan, Maznein Kaan and Bahadurabad," says Mohammad.

For his family, it was difficult to leave their forefathers’ area. "But we were helpless. The government shifted us into tents in Manghopir and forgot about us," he laments.

For five years the government didn’t do anything to rehabilitate the population displaced from what is now Tariq Road, Hill Park and Bahadurabad. The Baloch people then started a movement for their rehabilitation and they succeeded. The government then shifted them to Baloch Colony near Shahrah-e-Faisal.

Mir Hammal and Mehrab Baloch led the movement to rehabilitate Balochis. People took to streets in all Baloch populated areas including Lyari. In 1956 Iskandar Mirza’s government accepted their demand and his government announced a plan for the displaced people.

The Board of Revenue allotted seven and a half acres of land to all the displaced people in Baloch Colony on Shahrah-e-Faisal. According to the plan, the government was supposed to build 216 residential quarters for those displaced by the PECHS and DMMCHS plan. Ministers in Iskandar Mirza’s cabinet, Mir Ghulam Ali Talpur and Feroz Khan Noon played a vital role in the resettlement of Kasanein Kaan and Maznein Kaan’s Baloch population.

During the construction of these quarters, displaced people left Manghopir and put up tents at Shahrah-e-Faisal.

In 1958 General Ayub Khan took charge of the government. In the same year it rained so hard that all the tents were uprooted and people had to take shelter in the incomplete quarters.

Muhammad Younas’ family settled in Maznein Kaan area in 1953. He was a child then. He recalls a big graveyard and a tiny mosque built with date palm leaves in old style (called Kull o Kaapar, Chaapra in Balochi) in his neighbourhood. "After DMMCHS was set up, the mosque was reconstructed in concrete in 1962, and was given a new name, Alamgir Mosque," he says.

The graveyard was levelled to build houses.

In Kasanein Kaan area, nowadays known as PECHS Block 2, used to be a mosque named Chishtia Mosque. It was rebuilt in 1955 and given a new name Jamia Masjid Ghosia wa Darul Uloom Hanfia Ghosia.

Nazeer Ahmad, a resident of Baloch Colony, says, "We have an attachment with Chishtia Mosque. My ancestors built this mosque when we were shifted by the government to Baloch Colony from Kasanien Kaan area."

Former councillor of UC 5 Baloch Colony Shahnawaz Baloch says, "A school was built here in the 1950s, another one in the 1970s called Ibrahim Ali Bhai Primary School, then in 1980s another school Nai Roshni School was constructed. We had one football ground but it was soon claimed by someone as their property. We have a little piece of land now where our children play football but the real estate vultures are eyeing it too," he says.

General secretary of Baloch Welfare Association Mohammad Qasim says, "We are voters of Pakistan People’s Party which has forgotten its workers and voters. Our area is peaceful compared to some other parts of the city and no one in our area is involved in crime. There are no drug addicts here."

Senior citizen Sardar Hassan says, "In the 1970s the Karachi Administration Society (KAS) launched another project next to Baloch Colony. We are surrounded by posh areas and housing projects but our Baloch Colony has hardly any facilities. We remain deprived."

Historian, researcher and poet Gul Mohammad Maliri says, "The maternal side of my family belongs to the Kasanein Kaan area. My youngest brother worked in mines before partition. Recently I visited the area of Alamgir Mosque near Bahadurabad Chorangi where I saw a signboard on the mosque building, ‘Head office of Saudagaran Cooperative Housing Society Limited, Malir Karachi’."

Baloch Colony is full of life. Children play football and cultural events are a regular thing. Marriage lawns, buildings and fences of PAF Cantonment line the opposite side of the colony. Deen Mohammad says, "This was once a mine site but no one knows what happened in this area before 1960."

The case of Baloch Colony