The next in line

Will the crackdown on Nine Zero be followed by Operation Lyari? Is it the turn of Uzair Baloch now? Who is he? 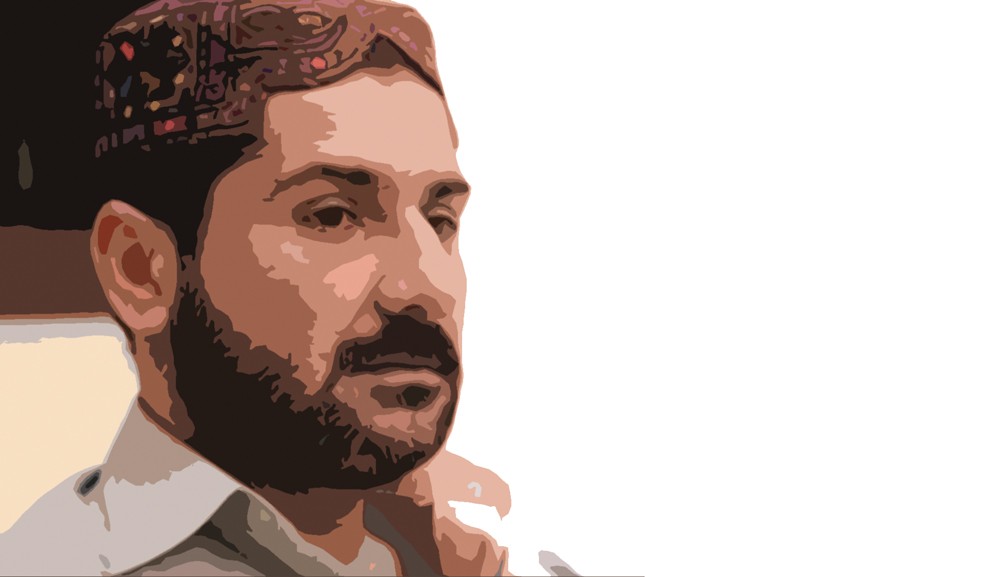 After the startling revelations by former Muttahida Qaumi Movement (MQM) activist and a convicted murderer Saulat Mirza in a video statement a few hours before his execution on March 18, unconfirmed reports surfaced that Uzair Jan Baloch, supremo of a Lyari-based criminal syndicate, had also made some revelation about his criminal association with certain leaders of the Pakistan Peoples Party (PPP).

Baloch, who heads the Peoples Aman Committee (PAC), a banned criminal gang mainly operating in Lyari, Karachi, is in the custody of the United Arab Emirates (UAE) authorities, where Interpol detained him while travelling from Muscat to Dubai on road.

He fled Pakistan in February last year after the launch of the Rangers’ operation in different parts of the city. According to Police officials, dozens of cases, including murder of head of his rival gang, Arshad Pappu, are pending against Baloch in various courts. Pakistani authorities had sent a police team a month ago to Dubai to take custody of Uzair Baloch, but they returned to Karachi recently empty-handed.

A TV anchorperson in her programme claimed that Baloch had allegedly told the UAE authorities in the interrogation that he had killed a number of people on the directives of the PPP’s co-chairman and former president Asif Ali Zardari, Sindh Information Minister Sharjeel Memon, former Home Minister Zulfiqar Mirza and others. Although sources close to the PAC claim that the video is fake, the PPP leaders said that Uzair Baloch is giving statements to take revenge from the party leaders as Sindh government played a role in limiting his criminal activities in the city.

Baloch, now in his late 30s, had been crowned as the new head of the PAC in August 2013 after the killing of PAC founder Rehman Baloch alias Dakait, along with his three accomplices, in a controversial police encounter carried out by the famous police officer Chaudhry Aslam, who was killed in a suicide attack in Karachi in June last year.

Baloch, now in his late 30s, was crowned as the new head of the PAC in August 2013 after the killing of PAC founder Rehman Baloch alias Dakait, along with his three accomplices, in a controversial police encounter.

However, before stepping into the world of gangs, he was mainly involved in his business in Lyari and Dubai. His father, Faiz Muhammad alias Mama Faizu, a known social figure, was running a bus service from Karachi to Thatta.

In the local bodies election held in 2001, Uzair Baloch tried his luck in local politics by contesting the election for Nazim from Singo Line Union Council of Lyari as an independent candidate but could not win. In 2003, Pappu’s gang killed Faizu on non-payment of extortion money.

"Faizu’s killing compelled Baloch to join Rehman’s gang mainly for two purposes -- to seek protection from Pappu’s gangsters who were threatening him over pursuing the murder case of his father in court and take revenge of his father," said one of his close relatives. He said that Baloch was imprisoned in Karachi central jail for two hours after being arrested by Aslam in 2003 and was released on parole.

During Rehman’s reign, Baloch was in-charge of the PAC’s social activities -- the reason why after Rehman’s killing all the leaders of the PAC agreed to nominate Uzair Baloch as the new chief of the PAC until Rehman’s son Kabeer grew up.

Interviews with residents, political activists and police officials in Lyari suggest that Baloch was more popular among masses in Layri due to his support for education and development. For this purpose, he took the locals on board, formed committee of elders, youth and women. "Since people have a perception that gangs are a part of Lyari, they hoped that Baloch may turn into a political leader and do something positive for the people but it did not happen," said Nako Sakhi Dad, a 65-year-old activist of the PPP in Lyari.

In general election 2013, Uzair Baloch had put pressure on the PPP leadership to give out party tickets to the PAC’s recommended candidates not only in Lyari but also in Keamari and Baldia Town areas. Their candidates from Lyari -- one MNA and two MPAs -- won easily.

Lyari’s key informants who are familiar with the PAC’s network claim that Baloch did not commit any crime directly except the gruesome killing of Pappu, the killer of his father. "He, along with his militants, tortured, tied to a car, dragged him naked through Lyari’s streets and then played football with his mutilated head after beheading," said a journalist.

However, the Supreme Court of Pakistan took sou motu notice over the murder of Pappu and it prompted an operation in September 2013 against all gangs in Lyari. Meanwhile, a split occurred in the PAC when Baba Laadla, the head of militant wing, killed Zafar Baloch, Uzair Baloch’s key aide and the PAC spokesperson.

Laadla had parted ways with Baloch, made alliance with his rival gangs and fierce infighting started in Lyari. Baloch, whose family originally hailed from Sistan, the Balochistan province of Iran, fled the country on an Iranian identity.

Local activists in Lyari believe that the PPP used Uzair Baloch and his gang for getting help in their own monetary issue and taking on the MQM. "Now the PPP leadership is trying to retake control of Lyari as the PTI has emerged an alternative political force in Lyari too," said an angry PPP leader.

The next in line