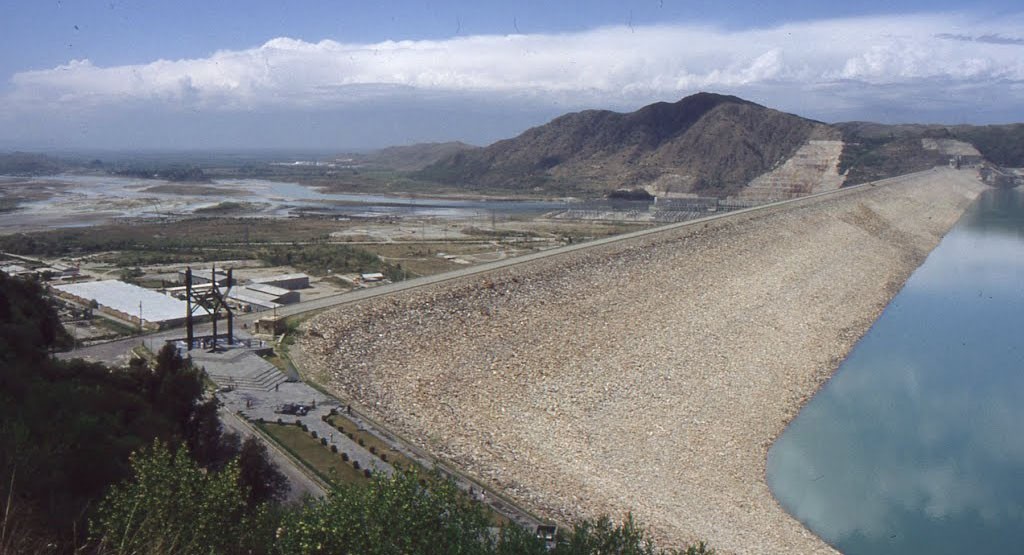 Pakistan has a fast growing population and uptil now no remarkable effort has been made to control this growth which is one of the highest in the world. It is estimated that Pakistan’s population shall stabilise around 350 million people by the year 2035-40. Punjab alone shall have as many people living in it by 2035 as there were in Pakistan in 2005 i-e 17 million people.

The basic ingredient for agriculture is water. An analysis of the water situation is important if Pakistan is to double its wheat production.

Pakistan’s source of water is snow/glacier melt and rainfall. The snow melts early, that is by April, while the glaciers start melting by June. The summer monsoon starts by July 15 and ends by September 30.

The River Indus, which is our focus, flows at about 25,000 to 30,000 cusecs during the winter and starts increasing its flows from April when the River Kabul adds about 30,000 cusecs. By June, when the glaciers start melting, the River Indus starts flowing at about 150,000 to 250,000 cusecs. The Indus flows are dependent on the temperatures in the Northern Areas. Temperatures below 30* C decrease the melting while temperatures above 35* C increase the melting of the glaciers.

Rainfall has not been computed in these figures as the monsoon’s contributions are not predictable. Pakistan lies in a monsoon shadow area. Summer monsoon’s generated from the Indian Ocean rain over India before reaching Pakistan and a depleted monsoon reaches Pakistan.

It is extremely important that a dam on the River Indus is completed within the next five to seven years.

Floods are unpredictable but generally floods occur every 6 to 8 years. The flood waters are generated below Tarbela and therefore cannot be collected. The floods contribution is devastation, silting in the area of the flood and recharging the aquifer.

The provinces of KPK, Balochistan, Sindh and 10 districts of Punjab depend upon the Indus. Their accumulated needs for irrigation are 150,000 cusecs in summer and about 100,000 cusecs in winter. Whenever irrigation supplies fall short of these figures a hue and cry ensues from the farmers, the provinces and IRSA.

Mention must be made here about the waters of the Rivers Chenab and the Jhelum. Unfortunately there is no location in Pakistan where a dam could be built on the Chenab. Therefore, floods in the Chenab, apart from the 60,000 cusecs diverted into the canals en route, go waste to the sea. On the Jhelum River, water is stored in the Mangla Dam and excess flood waters are wasted to the sea.

The waters of the two rivers Jhelum and the Chenab serve 26 districts of Punjab as per the Indus Basin Treaty. The water of these rivers cannot be used in Southern Punjab, Balochistan or Sindh as the distances are so long that 50 per cent of the water is lost to percolation and evaporation.

The three rivers of Pakistan provide sufficient water for sustainable agriculture provided that reservoirs are available to store the water generated during the summer months.

Pakistan has three options available to enhance its wheat production from 21 million tons at present to 40 million tons by 2035-40 to meet Pakistan’s wheat needs to feed a population of 35 million people.

Pakistan can increase the land under irrigation thereby increasing the productive area. The projects in hand with WAPDA which will bring new areas under irrigation are the Kachi, Rainee and the Greater Thall Canals which together add 3 million acres of irrigated land. These areas will be able to produce 3 million tons of wheat or equivalent crops per season.

Water for these projects is available. However, all these projects are to obtain their irrigation supplies from the River Indus and Tarbela Dam which is silting up and losing its capacity to store water.

There are three issues related to these projects; first, that WAPDA completes them speedily as their completion has been delayed; second, ensure that a new reservoir is made on the River Indus to replace the capacity of Tarbela lost to siltation and; third, the additional requirement of wheat is 20 million tons and these projects combined provide an additional 3 million tons of wheat only.

The second option is to import wheat to meet the deficit. Unfortunately, the world population is also growing and is expected to stabilise at 9 billion as against the present world population of 7 billion.

Thus, world food needs will also grow and by 2035. If there is no drastic jump in productivity, Pakistan’s wheat needs will either not be met or will be extremely expensive. Pakistan might have to spend as much on the import of wheat as it spends on importing oil.

The third option is to enhance the per acre productivity. Pakistan’s average wheat yields per acre are 25 maunds or one ton per acre. In comparison with the world or the Indian Punjab, these yields are extremely poor.

However, the progressive farmer in Pakistan is obtaining yields of 2.2 tons per acre with off the shelf seed, fertilizer and better agriculture practices. The difference is due to the fact that the average farmer does not have the finances and the linkages to access the available technologies and therefore is limited to a ton of production per acre for the last decade.

The most important resource that will help ensure food security is water. Due to Pakistan’s peculiar climate, most of the water is generated during a period from May to September. If water generated by the River Indus is not stored, all the area irrigated by canals off taking from the River Indus shall become arid areas during the months of February to May as the flow in the River Indus decreases drastically. In these areas wheat productivity will drop to half a ton per acre!

The Tarbela Dam was completed in 1976 with a reservoir capacity of 9 MAF. Unfortunately all dams start dying the day they are filled up. River water carries silt with it, which is deposited in the reservoir and slowly but steadily depletes its capacity to store water. The River Indus carries considerable silt in its water during the summer months as its water shed comprises high mountains which have no forests.

As a result of the Mangla and Tarbela dams, farmers prospered, agricultural productivity was enhanced and there was inter-provincial harmony. However, by 1995, the Tarbela reservoir had lost 20 per cent of its capacity; water in the reservoir was depleting by May 15 and shortages were being felt by farmers.

To compound the problems, Pakistan entered into a dry cycle due to the La Nino effect, with water generation falling by 30 to 50 per cent during the period 1998 to 2004. These water shortages had to be shared by the provinces and canal systems were run by turn. The luxury of a lot of water was lost and farmer’s resentment became evident.

The dangerous trend of provinces blaming each other and accusations of a province stealing from the other were aired in the media and the TV channels. 2005 saw the end of the dry cycle and a wet cycle started, which is still continuing. Though the Tarbela reservoir has silted up to the extent of 38 per cent by 2014 and water is depleting by March 1, the wet cycle and the floods have helped farmers with moisture and fresh silt. Wheat production has improved, farmers have been generally satisfied and no provincial squabbles have been visible. Tension however prevails in IRSA as 20 per cent shortages exist which have to be shared between the provinces.

The government plans to construct another reservoir on the River Indus have not borne fruit as yet. Prime Minister Nawaz Sharif made a very serious effort to convince the smaller provinces to agree to the construction of the Kalabagh Dam through the Water Apportionment Accord of 1991. Unfortunately, the chief ministers did not agree.

Another attempt was made by the Musharraf regime which too could not convince the smaller provinces and as a compromise it was decided to construct the Bhasha Dam.

Bhasha is about 300 kms from Islamabad and is approached by the Karakoram Highway. It is sited at the junction of three mountain ranges ie the Himalayas, the Karakoram and the Hindukush. The Bhasha site area is crisscrossed by fault lines and has witnessed Category 4 earthquakes. Additionally, the dam is proposed to be 900 feet high, as a result about 200 kilometres of the highway will have to be reconstructed to stay above the Bhasha lake. A dam at this location will only receive snow and glacier melt as the Northern Areas do not receive the monsoons.

The exact location of the dam site has still not been finalised due to the faultlines. Seven years have passed since the Bhasha Dam was announced but Dam construction has yet to start. Even if the dam were to be started in2015, the Bhasha dam will be completed in 12 years by WAPDA estimates ie 2027.

Since River Kabul rises in April and the River Indus rises in June, the Indus command will have insufficient water to meet the needs of KPK, Balochistan, Sindh and 10 districts of Punjab for 4 months ie from February to June each year. This will severely affect the standing crops such as sugarcane, orchards, wheat, fodder and vegetables.

Meanwhile 26 districts of Punjab, fed by the Rivers Jhelum and the Chenab, will have sufficient water as Mangla Dam’s capacity has been enhanced. The stark comparison of haves and have-nots will be very evident and lead to great resentment amongst the farmers of South, economic loss, poverty, shortfall of wheat and inter-provincial disharmony. The greater the water scarcity the greater will be the inter-provincial resentments.

It is, therefore, extremely important that a dam on the River Indus is started and completed within the next five to seven years. Since the Kalabagh dam is controversial, although the most feasible, it is proposed that the Akhori Dam is initiated. Sited near Hasanabdal, this earth-filled dam will have the capacity to store 6 MAF of water which spills from the Tarbela reservoir. This 6 MAF will be released back into the Indus as required for irrigation of the KPK, Balochistan, Sindh and 10 districts of Punjab.