Beware the men who swing it

The team with the most incisive bowling attack, capable of jolting pampered batsmen out of their comfort zones, will win this World Cup 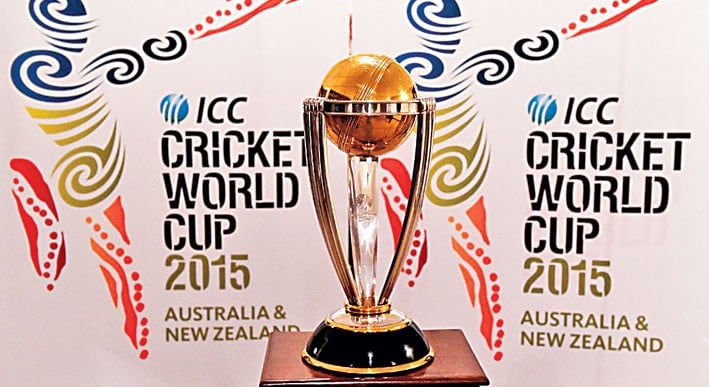 Cricket more than any other sport knows the power of now. At any given moment a wicket can be lost or gained, and with each one the potential to shift the flow of the game ignites again.

In this World Cup, more than any other, the wicket moment has been overshadowed by the six hit. Batsmen have peppered the ground signage and the rules to boot. Even spectators have been in danger of copping towering hits. Thankfully, in New Zealand, promoters have convinced most fans to try and catch for cash in the face of this newfound danger! In the main, the sluggers have ruled the moments, owned the swagger, standing dominant and bullish -- for now.

Naturally there have been a few exceptions. The genuine fast swing bowler, especially left-arm, has enjoyed some dizzy surreal periods, cat-among-the-pigeon performances. Tim Southee, Mitchell Starc and Trent Boult have sniffed rare fear and have pounced, in no uncertain terms, on lazy footwork. They have dented the arrogance of some batsmen so far by ramming down their throats one simple question -- are you watching the ball or the scoreboard?

This World Cup could come down to avoiding the angry cobra, the strike by a spitting swing merchant at a batting line-up unaware of the danger at hand. Therein lies the contest, come playoff time. Will complacency be replaced by doubt? Will the free-flow hitting second-guess when the threat of elimination becomes the reality? Showtime, the time to show up or be vanquished, is nearly upon us.

As the knockout phase begins, there are five teams, in my opinion, left in it, some with less chance than others.

England never looked like qualifying, let alone displaying normal modern-day cricket standards, due to their constant overthinking and posturing. They pretended to know. That led to a paralysis of mind-body function when the ball began moving. It required a fierce focus on that movement, on that single moving ball, yet England choked on their own vomit. Sad, when a country even forgets to watch the ball and do the very thing they created, to play joyful cricket. Just as sad is that West Indies have basically forgotten who they used to be, the addictive force that lights up the game. That flame is out, possibly forever.

I have ruled out Sri Lanka, Ireland, and Bangladesh due to their inferior bowling attacks and lack of a killer instinct in the field. No disrespect, for they have performed with tremendous resolve and have deserved their moment to shock. Kumar Sangakkara is indeed worthy of another final (having played the last two), the swansong in the twilight of his phenomenal career has been nothing short of mind-blowing. But it just looks a bridge too far for these worthy men.

You must not rule out Pakistan after that superb bowling effort in Auckland against South Africa. They have settled on their most potent pace bowling pack -- let’s call them cornered wolves -- they are skilled and motivated, and they will potentially cause moments of panic. If as a team they can catch, they will match.

India are peaking confidently. They have lifted their energies well. Whether they have enough fast, accurate swing will be the key, as Mohit Sharma, Mohammed Shami and Umesh Yadav can go walkabout. So far they have gelled with their leader and are flowing along smoothly. Their ability to take enough wickets in the semi-final, possibly against Australia, will be the one single factor to decide India’s fate.

Not surprisingly, South Africa are vulnerable. They are weighed down by the past and must start to properly embrace the present, for they can play. There are two critical components to nail, if they are to prevail. Hashim Amla must work his way through the first 20 overs and set a foundation. He is the glue. Without it, the dam will burst, and not even AB de Villiers, bless him, will handle the oncoming rush, especially in a chase. With Amla at the crease, the minds of his team-mates settle in the present. When he is not there, fear of instability spreads.

Also, I still believe they need four specialist quicks -- with Vernon Philander or Wayne Parnell at seven -- because having only four bowlers in form is a concern, and playing too many batsmen can be counterproductive. The priority is to get the bowling selection nailed first.

Australia are the most equipped, power-wise. They are a spirited bunch of fit, fiery macho athletes, looking much better now that their touch player and mastermind is rightly steering the ship. I’ve said it before and will repeat it here: courageous leadership will win this tournament, and Michael Clarke is my greatest fear, from a trans-Tasman viewpoint, if a down-under showdown takes place in Melbourne. Most pressing for him, too, will be to work out his fifth-bowler combo.

New Zealand have cleaned out every team so far, bowling and fielding-wise. They have done all that has been asked, while not necessarily filling their boots with the bat. This is not a concern for a side that has cast aside box-ticking, and instead is living in the moment. Losing tosses, a perceived lack of runs or unexpected injuries won’t matter, and no situation is unsurmountable. The point is being ready. New Zealand are ready for anything. Welcome chaos, embrace obstacles. Respond. Attack. Does Brendon McCullum play it any other way?

It is conceivable that no one in the top five run-scorers in this event will come from New Zealand, yet they may have three or four in the wicket-taking ranks. Their fielding has, and will continue to be, irrepressible. They will seek out any way to win a moment. Each and every ball will be a contest, and it is that repeated mentality that survives the day.

Prepare to win the last ball of the match. From there try to bring that moment forward, by simply mastering the moments as they are reached, one by one.

In a format where the bat is free to rule, beware the team that bowls with collective fast-swinging unison. There is a complacency among batsmen, and the best bowling units will smell the foolishness that comes with it. While boundaries are being sprayed everywhere (so far on average nearly ten sixes are struck per match) the art of running between wickets is being lost. Look out for stupid run-outs. The best fielding teams will sense any outcricket chaos building to a climax, and strike

For the semi-finals, the odds are on New Zealand hosting South Africa in Auckland and Australia hosting India in Sydney. Mouth-watering prospects. Can’t pick it, can’t wait. --Cricinfo

Beware the men who swing it