We aren’t for your entertainment. Period

Lahore, as modernised and urbanised as it pretends to be, is just as bad as Delhi 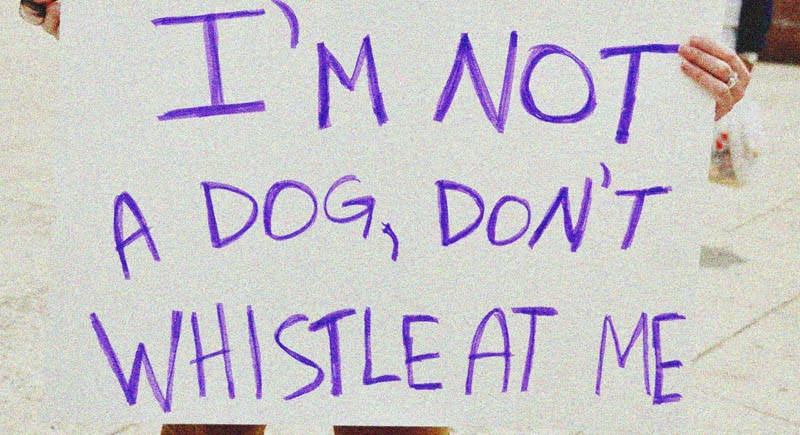 In the light of the recent BBC documentary, India’s Daughter, on the 2012 gang rape case in Delhi, and International Women’s Day last weekend, all of us women seem to be contemplating the kind of life we live in this patriarchal society.

Lahore, as modernised and urban as it pretends to be, is just as bad as Delhi -- the "rape capital of India". Women here are ogled at and scrutinised just as much as they are in any other part of the world. While the harsh reality is all too disturbing to comprehend, it is one that all of us must face and understand.

I do not consider myself a hardcore feminist, nor do I think all men are as horrendous and narrow-minded as the ones showed in the documentary. However, what those men do represent is the mindset of the majority of the population of these two neighbouring countries and many others. Women are not a possession; you do not have the right to stare and ogle at them simply because they are silent.

On a recent trip to one of the most visited departmental stores in Lahore, a close friend of mine noticed a man in the queue constantly staring at her. Despite him realising that my friend had noticed his unwelcome stares, the man continued on as if her being in his vicinity gave him the right to treat her like an object.

While the conservative population of this country may disagree, wearing jeans and going out with your friends for a meal or a cup of coffee does not make you any less of a person, nor does it take away your right to be respected.

No woman should be jeered at or called disrespectful names by passersby on motorbikes or cars simply because they are crossing a road alone or waiting for someone. We are not standing there for your entertainment. We are not looking for unwanted attention. Wearing jeans or tight clothing is not giving someone permission to rape. Going out to see a movie at night is not an invitation to be beaten up.

We are worse than the men shown in the documentary who tried to justify Jyoti’s rape. They showed their true nature to millions of people. However, we hide behind a facade of liberalism and open-mindedness. We are hypocrites. We silently judge anyone out in the streets after 10pm and label them as "kharab" (corrupt).

On a recent excursion to a park, with five of my close friends, on a Sunday afternoon, I garnered more judgmental looks than I would have if I were out at a cafe in Lahore. Are we not allowed to enjoy a warm afternoon in a public place? What makes us lesser than the families in the park that were judging us and making faces at us, as if we were an alien species they wanted to keep their kids away from?

Hundreds and thousands of women, children and even young boys have been raped in our country, yet we stay silent pretending as if the number does not get higher by the minute. With many rape cases the victims are too ashamed to bring it to society’s attention. However, it is not they who should be ashamed, it is us.

By turning rape into this ‘shameful’ act we force the victims to alienate themselves from the society further, whereas we should really be targeting the perpetrators of the heinous crime.

My hate and anger is not targeted towards the men folk of the world; it is, instead, a message to our society at large that allows for such thoughts and ideas to be considered acceptable.

I am one woman in a world of over seven billion people. I cannot make a change on my own. I cannot change the mindset of generations and generations that have been socialised into this culture where we allow such thoughts to cultivate. I can only hope that my words and hope for this country be passed on to another socially conscious citizen who will continue this chain.

We aren’t for your entertainment. Period