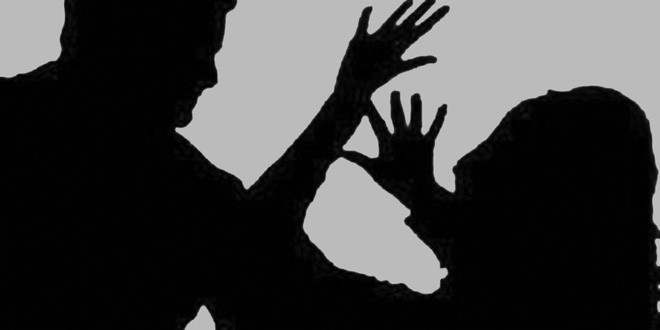 Twenty eight months have passed since the horrific gang rape of a Delhi girl shook India. As news of the brutality of the attack trickled in, there was initial disbelief and helplessness that morphed into anger. It seemed incredulous that such violence was possible.

With each passing day, wave after wave of angry protestors took to the streets -- university students and activists led the charge. Crowds swelled and both men and women joined in. Working women, home makers, even grandmothers braved the December chill -- to form collective voices that rose in protest and defiance. This led to spontaneous protests that spread across the country.

This was a tipping point for India’s feminist movement as the protestors questioned issues like patriarchy, women’s access to the public spaces, rights over their bodies and the taboo of breaking silence against sexual abuse and assault in homes and outside.

Suddenly, the conversation had moved from rape to rights.

Even though activists had campaigned tirelessly for the rights of women for a long time, the Nirbhaya incident acted as a catalyst as many Indian women started to question the norms of the society. Feminist-activist Eve Ensler on her visit to India a few months after the incident had said that the protests and the public discourse around it were extraordinary.

What followed was a review of the criminal amendment act that included death penalty for rapists, laws against acid attacks and broadened the definition of rape and sexual harassment. In the two years since then, more and more women have been emboldened to report cases of sexual violence. For the first time in the history of Delhi’s assembly elections, women’s safety became a prominent campaign issue for the political parties.

In this context, when Leslee Udwin decided to make the documentary, it was bound to carry the weight and expectations of a nation that was awakening to a new wave of feminist movement.

When the press release of the screening of the documentary landed in my inbox, it premised that the documentary was about the horrific incident and the "courageous and impassioned ordinary men and women of India" who stood up for women’s rights and demanded a change.

What followed was a review of the criminal amendment act that included death penalty for rapists, laws against acid attacks and broadened the definition of rape and sexual harassment.

When I saw the one-hour documentary, it seemed a hurried attempt to put together a few interviews and chose the most sensational quotes. The documentary had only about a minute of an interview with women protestors. Instead, its narrative hinged on the atavistic quotes of one of the convicted rapists, their poverty-stricken background and the regressive mindsets of the defense lawyers. The storm around the documentary started brewing when snippets of their interviews were aired on various news channels.

While it may not seem pertinent to discuss the merits of the documentary itself, it is significant that the Indian government has decided to ban it. In what may be termed as a knee-jerk reaction, activists have pointed out that the ban has once again shown the ineptness of the government to have meaningful engagement on the issue of violence against women and misogynistic attitudes of the society.

Eminent lawyers have asked for the screening of the documentary to be deferred since the matter is sub-judice in the Supreme Court, and its release could have a bearing on the legal proceedings of the case. The Editors Guild of India, on the other hand, has called the ban wholly unwarranted, saying that the definition of freedom of expression should include diverse viewpoints.

A fallout, for the government, in restricting its broadcast has resulted in piquing the curiosity of the masses. After BBC decided to air the documentary early, hundreds of thousands of people in India viewed the documentary on YouTube. Social media, especially twitter users have condemned the government’s decision to ban, saying it shows a mirror to the society and urged the need for a change in the patriarchal mindsets. A prominent author jumped into the fray and said it should be made compulsory viewing in schools.

The problem with the documentary and its subsequent ban lies in the flawed manner in which Udwin and the government approached the issue. Feminist-activists have commented that Udwin’s white-saviour attitude and the narrow vision of linking rape to poverty is detrimental to women’s rights movement and a nuanced discussion of rape and misogyny.

At the same time the government’s decision to ban the film, because it will bring shame to India, has come under fire from many quarters, including opposition political parties which say the debate needs to continue. A discussion on sexual violence is unfeasible if India’s shame lies in exposing the regressive attitude instead of trying to change it.

While New York instead of New Delhi saw the documentary’s premier, one needs to question if the ban is emblematic of the issue of curtailing free speech by the authorities. Simultaneously, it will do Udwin well to reflect if she could have approached the issue in a more sensitive manner instead of embellishing it with sensational interviews. While it cannot be denied that a lot needs to be done in the sphere of activism before India become a gender-equal nation, it would seem that the girl who ignited India’s fire deserved a better deal than becoming a casualty in the brohuhaha surrounding this controversy.